Doriane stumbled along the frosted pavement, her flip-flop temporarily slipping out from her foot.

She held back a whimper as she stopped to slip her shoe back on her numb toes. Rapidly turning, she darted back onto the street.

She had to get out of here. Oliver was going to kill her.

The steps behind her were coming closer, a result of her slight setback. Doriane's mind was fogged with fear as she swung her arms harder, willing her body to propel faster. Her injured foot cried in protest at her quick pace and lack of support, but she couldn’t afford to take a break.

A gas station appeared before her and she bolted for the slight glimmer of hope. Her legs pumped under her, carrying her through the chilly winter night.

She felt her flimsy shoe slip off her foot again, but this time she refused to turn back. They were far too close. Just a few more steps and she would be safe.

Doriane flew past the few cars that were parked and slammed her small body into the entrance of the gas station, yanking and pulling to open the thin glass door.

A pitiful whine escaped Doriane's chapped lips when she realized the door refused to open. She yanked the handle again, but the door remained shut.

Realizing she was trapped, she barreled down the sidewalk, towards the few cars that were parked.

Although people aren't always safe, Doriane could almost guarantee they were better than him.

A sharp tug on Doriane's hair caused the air to be pulled from her lungs. She felt tears gather in the corner of her eyes from both the pressure to her skull and her fear.

Doriane grabbed the hand tangled in her blonde hair and tried to pry the fingers from the delicate strands. She heard him heave in some deep breaths before he pulled her harder, back in the direction of the dark road she had come from.

“You useless piece of junk,” the familiar man sneered in her face. Patrick's hot breath skimmed over her ear from how close he had yanked her. “You don't ever run away from us.”

Doriane felt Patrick move her in front of him, pushing her head roughly before removing his hand and firmly gripping her arm.

Patrick removed his fingers from her head and she heard him speak into his phone, “Yeah, I've caught her. We will be back soon.”

Doriane noticed the other man that was running after her start to jog in their direction, looking out of breath. “Took you long enough, Anthony. You're the slowest one in the group. Here, tie her up so we can take her back.”

When she saw the anger and fury in Patrick's eyes, she felt her pulse quicken to the point she thought her heart would forget how to recover and beat again.

Doriane didn’t even notice the tears streaming down her face. She knew if they took her back, Oliver would kill her.

With a new ambition, Doriane started struggling, trying to yank her arm from Patrick's hold. She surprised herself with the strength she still held and was able to yank from his vice grip.

She lifted her knee and aimed for between Patrick's legs. When she made contact, she didn't wait to see his reaction but spun and ran back into the parking lot of the gas station.

Anthony caught up to her quickly this time, snagging her elbow. She struggled in his hold, trying to loosen her elbow from his grasp. Anthony's fury got the better of him and he whipped his hand across her face.

The blow was strong enough to wipe her feet out from under her. If Anthony hadn't held her so tightly, she surely would have fallen into a heap on the ground.

Doriane fought the black dots crowding her vision and focused on the sting enveloping the left side of her face. It certainly wasn't the first time she's been hit, but that fact didn't dull the pain.

“Everything alright here?” Someone called, catching her attention. She felt a small strand of hope bloom in her chest again at the foreign voice.

She rose her head slightly, trying to look at whom the voice belonged to. Her heart instantly dropped.

The man was huge, well over six feet tall with firm, lean muscles under his tanned skin. He had piercing golden eyes that studied their situation intently.

Doriane felt her stomach drop at the sight of this man. He wasn't going to save her. She has had plenty of experience with men, and none that looked like that were ever kind.

“Mind your own business,” Patrick spat.

When Patrick finally made it back to her, he curled his fingers around Doriane's arm where it was before.

She was going to die surrounded by terrible men that used and abused her since they gained possession of her.

And there was nothing anybody was going to do to stop it.

“Ma'am? Are you alright?” Doriane's head snapped up, surprised that the man was speaking to her.

Doriane's mouth went dry as tears continued to well up in her eyes, hindering her ability to speak.

“I said mind your own friggin business,” Anthony replied instead.

Doriane felt like the conversation was at a distance as she fought to stay conscious.

She hadn't eaten anything in several long weeks. Between the malnourishment, the living fear coursing through her, and running, she had to consciously make an effort to keep her eyes open.

Before she could fully understand what was happening, Anthony and Patrick let her go.

She quickly tumbled to the ground, landing in a heap and disturbing the bruises and cuts on her arms. She pushed past the pain and focused on breathing, clearing the black spots from her vision. She needed to know what was happening.

She was in awe watching the unknown man in front of her fight her captors. He was fighting them both at once, obviously skilled as he dodged and threw punches at Patrick and Anthony.

She watched him duck and toss a punch at Patrick, who blocked it and returned it with one of his own. Anthony approached from behind, lifting his foot and looking to land a good kick when the stranger stepped back and grabbed his foot in his hand. He twisted Anthony's ankle at the same time he threw another punch at Patrick.

He finally landed a punch to Patrick's gut and twisted Anthony's ankle he was gripping harder. Doriane cringed at the crunch she heard under his grip.

Anthony howled his pain and was rewarded with a hard elbow to his face, which crunched his nose in the process. Anthony's attention flew to his face and he gripped his nose, taking a step back from the stranger, his eyes livid.

The stranger paid no attention and continued sparring with her other captor.

He chopped Patrick's throat, making him hunch over and grip his neck before the stranger brought down his elbow again, cutting into the back of Patrick's neck once more. This time, he fell to the ground in a heap.

The stranger spun, kicking Anthony square in the chest and knocking him to the ground. Neither of them moved a muscle.

Doriane crawled to the curb, pulling herself into a small pile of snow while trying to get away. Her clothes and shoes offered little protection to the bitter cold, but she had bigger problems lying ahead of her.

Trying to slip away from the man who just took down both her captors, Doriane willed herself to become invisible again.

He looked like he was fine, not breathing heavily or even sweating from his fight. She was petrified of his abilities.

If this stranger could do that much damage to two full-grown men at the same time, what could he do to her?

She pushed herself further back with her arms, struggling to put distance between them. Her breathing started to become short and uneven, her overactive mind coming up with endless ways this man could hurt her.

“Are you okay?” The man asked. His voice was deep and traveled through the night. She felt her belly clench in fear and her vision started to black out again.

Through the vision that was left, she saw the man glance over his shoulder and mutter a curse. He flicked his gaze back to her and moved closer, seemingly wanting to touch her.

Doriane used what little strength she had left to scoot back, but her numb arms carried her weight no more than a couple of inches. “Please, no,” she managed to whisper.

“I'm not going to hurt you, but we need to get out of here.”

Her unsteady breaths made it difficult to speak clear words and Doriane could feel them slurring out of her mouth. “Please. Please, don't hurt me. Please, no.”

Doriane felt more fear as her vision darkened to a color she knew she couldn't will away. She felt the darkness take over her vision and soon her body felt a familiar lightness.

Shittu Sadiya
just start
firsty.luvi
This is one of the best story I've read so far, but I can't seem to find any social media of you, so I can't show you how much I love your work

Bella Jersey
Damn what did this girl go through?

Miranda Yates
Alright, you got me. I'm hooked. :)
carly deloach
I thought his name was Oliver 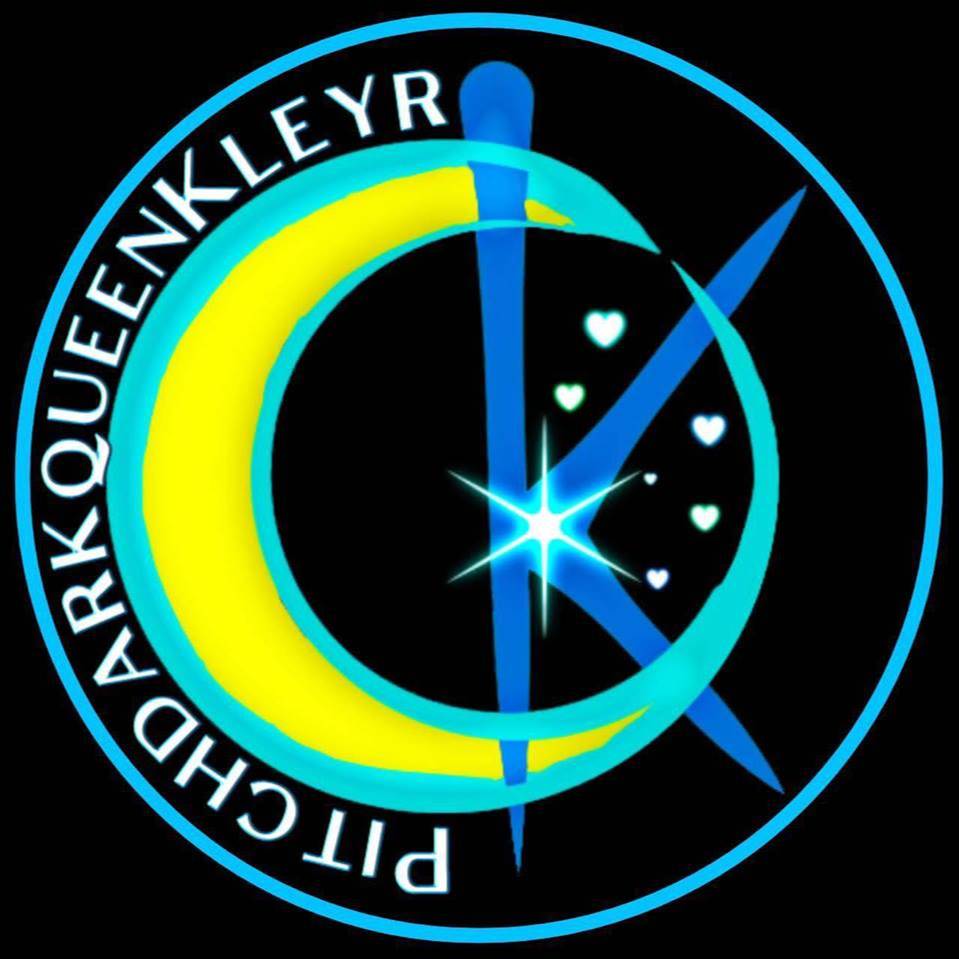