Hunter North, CEO and co-owner of North Industries, hummed slightly as he read over the proposal again. It needed a few more tweaks, but he was sure they would be ready to present it early next week. He also had no doubt that they would get the contract.

Anything ‘Green’ was a buzz word right now, and many companies wanted to appear to do their part whilst spending the least amount of money possible. Hunter and Celeste had ensured early that their business was as eco-friendly as possible.  They kept up with the newest research and took the time to ensure that they’re practices met the highest standard. While Hunter was an architect at heart, he had a degree in environmental science. Celeste had been a thorough task master and between them they had been able to take the company to places even he hadn’t dreamed of.

With a wistful smile he knew there was a reason for that; Celeste was everything he hadn’t known he’d needed in his life at 28. She had waltzed in, taken him by the hand and together they had pushed for a future that was everything to them.

The amazing sex didn’t hurt either, he smirked, remembering the shower this morning and her delighted noises as he took her against the wall.

There was a knock at the door as Hunter’s hand hovered over the phone, ready to call Cel and see if she had time to visit.  It was probably for the best, if her day was busy she was just as likely to rip him a new one instead.  Moving his hand back to the laptop keyboard he promised himself he would call her up later.

“Enter,” he called, his voice just loud enough to be heard on the other side of the door.

Tyler walked in, carrying a tablet with his eyes trained on the screen. He was Celeste’s cousin and worked in HR, but was relatively laid back. He looked like he worked on a Green peace ship rather then a massive corporation. It suited him just fine and Hunter didn’t care as long as he did his job and didn’t smell.

“Mornin’ boss,” he murmured, dancing around the office furniture without any issue. His long sleeves were rolled up over his elbows, showing off his bronze skin covered in heavily inked tattoos. He stopped at the desk without looking up from the tablet, swiping across the screen with practiced ease. “Your new PA is being interviewed today.”

Ah, that explained Cel’s early morning wake up.  She always kept a hand in on interviews with non-clan members, especially those who would work on the top floor with them. It made things just that little bit easier if they knew what they were dealing with prior to hiring.

Hunter nodded, “forward me through the shortlist once the interviews are finished. The sooner we process this, the better. When Kyra goes on Maternity leave we’ll be close to helpless.”

Hunter went back to his work before realising Tyler had neither answered nor left. When he looked back to him he looked awkward.  As Celeste’s younger cousin, Hunter had known him for years both inside and outside of work. It was strange to see him as anything other then forthright.

“Was there something else?”

Tyler’s head cocked to the side like a puppy and Hunter had to refrain from smirking. “Cel has been... off today.”

That made Hunter turn in his chair, watching the younger man shift uncertainly. “Off?” He asked carefully, trying to keep the growl out of his voice. He wasn’t sure where this might be going, but he would stand for any disrespect to his wife.

Tyler rubbed the back of his neck. “Not angry, but she seems high strung. Like somethings got her heckles raised.” He shrugged, “just real weird for her.”

Hunter frowned. After this mornings workout she’d usually be calm and content.  And she was usually too professional to be ‘high strung’ at the office, she reserved that for when they went off the grid, or in the comfort of their own home at least.

“I don’t think any of the juniors or standard staff would notice,” Tyler grinned ruefully, “she’s too put together for that. But the family, they’re going to notice pretty quick. Thought you’d better know if you didn’t already.”

He nodded. “I’ll book her in to have lunch with me, I’ll get to the bottom of it.  Can’t have her going all St Patrick’s day on us again.”

Hunter laughed at the look of only half put on terror on Tyler’s face. It was the last time Cel’s infamous temper had reared it’s head at a work function. No one wanted to be near by if that happened again.

The young man grinned. “Thanks for taking one for the team, Boss.” He waved as he left, “I’ll let you know what I find out about the interviewees, I’ve got a good feeling about today.”

Hunter was already pulling up Cel’s schedule, for some reason he had the same feeling. 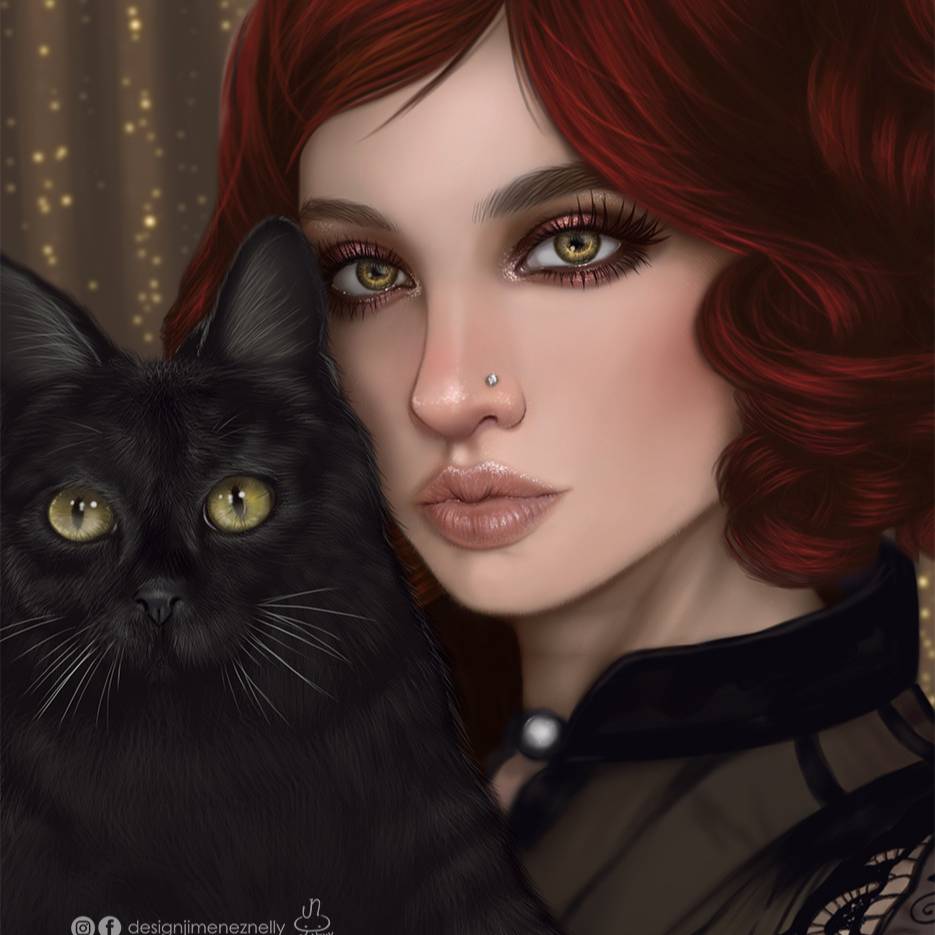 Swanne Lake
Interesting perspective dynamics and getting that opportunity to see what is going on with everyone as things are starting to unfold.

Mel Dixon
My plan is to update Monday, Wednesday and Friday with the occasional Sunday for good luck :) Thank you for commenting, I hope you enjoy it as I get further on.

Jasmin Oliver Sinegar
when does the next page upload? I like it so far?
VIEW ALL COMMENTS