The transparent doors of the bookstore─Lawrence, shut close soundlessly as Jeremy walked out with his baby blue satchel perched on his right shoulder.

A sudden assault of coldness creeping up his sleeveless arms made Jeremy halt for a second. He rubbed his goosebumps filled arms to find some momentous warmth.

The greeny─blue of his changeable eyes gazed around aimlessly, landing on the fellow pedestrians, who just like him were having a hard time with the after drizzle temperature drop.

Why are weather reports so inaccurate?

Inhaling the relatively cold air Jeremy sidestepped a stray can of coke.

The walk from the bookstore to the bus stop hardly takes five minutes but today Jeremy decided to fasten his pace. The cotton shirt he wore clung to his lanky physique but didn't help much in guarding from the cold air continuously trying to invade through the light material.

As soon as the bus stop came to view Jeremy heaved a breath of relief. Quickly getting inside the platform, he moaned audibly, loving the light warm air surrounding the enclosed waiting area.

Jeremy carefully sat on the seats allotted for the passengers and let the strap of his satchel fall off his shoulders. Interwining his fingers, Jeremy leaned against the wall and closed his eyes trying to meditate silently till the announcer informed of his bus' arrival.

"Arrrmm." The gruff and low groan made Jeremy open his eyes immediately and look in the direction from where it emitted.

Busy with himself till now, Jeremy failed to notice the other person at the far end to the left, shrivelled up. Worried he took careful steps and stopped right in front of the person. From here itself Jeremy could make out the dried trail of blood that clung to the curve of that person's cheekbones.

"Excuse me." He spoke softly to the person.

The stranger's mass of raven curls dipped back and a pair of squinting grey eyes looked back at Jeremy.

If time were to stop Jeremy wouldn't have minded. The person in front of him seemed extremely handsome, capable of rivaling the nation's top Male models. With eyes so clear and deep, people might have always looked twice to make sure this person is real.

The person stared back at him with curious eyes and something more that he couldn't comprehend properly at the moment.

Once again Jeremy insisted. "Are you injured? You seem to have dried blood trails down your cheekbones."

No words came in response.

The same stare that trickled Jeremy's body a few moments ago now made him feel self conscious.

Is there something on his face, Jeremy thought. Maybe the person doesn't talk? Perhaps the person is so unwell that he cannot speak? The last thought made Jeremy more worried and he bent towards the person's face, trying to find any visible bruise or cut.

Jeremy narrowed his eyes inspecting but didn't find any visible bruise. Straightening his posture, Jeremy searched inside his satchel to find the spare piece of handkerchief he always brings for emergencies.

"Ah." He muttered happily, finally grasping the white handkerchief. Jeremy offered the handkerchief to the person. The person looked at the piece of cloth but didn't make any motion to take it.

"Bus 4509 has arrived. Boarders please go in." The announcer suddenly burst shaking both of them.

Jeremy glanced outside to see the blue─white vehicle stopping in front of the platform. His bus has arrived. He once again looked back to see that the person had made no move to take the offered cloth. Sighing impatiently, Jeremy boldly took one of the person's hands and forced the cloth on the stranger's palm. "Take this. Okay?"

With a last warm smile Jeremy hurried towards the automatic doors, marching out as they opened to the awaiting bus, leaving the shook stranger on his seat, palm still out in the air, holding the white cloth. 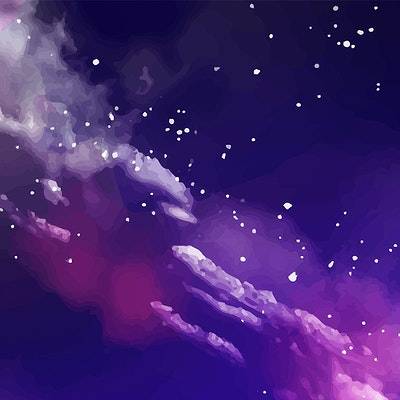