Marked by the bully (#1 in bully series)
Author: Chantinglove138

A rogue attack occurred on the outskirts of the Red Shine Pack's territory located in Seattle. Several of the trees had been uprooted, and the fences surrounding the Alpha's territory had been broken, clearly indicating the rogues' aggressive trespassing.

There were small pools of blood on the ground on every second step, as well as wolf fur and human hair. Certainly, the one who was attacked would have fought back. Metallic scent of blood lingered in the air .

"Nothing exists in the south." In order to gain clear and smooth access to the area the warrior who accompanied Alpha Hercules climbed up on the trees.

"I can't see anything for miles." He added as he peered down at his alpha who was standing with a sword in hand, examining the region with his vigilant gaze.

At forty-three, he was tall, had a well-built torso, bronze skin that glowed in the sun rays filtering through the leaves of trees and lesser wrinkles around his eyes as compared to the other wolves of his age. His cinnamon brown eyes cautiously assessed the area as the rogue wolves he just killed were lying at his feet.

"Look more closely, I did hear someone shout for help. I feel that person is nearby." As he talked, he knelt down and rubbed the blade of his sword across the body of a dead rogue to clean off the blood.

Then he continued to move forward in the west direction, "Ryley! Ryley!" As he called out a name repeatedly.

“This guy,” With a slight groan, he vaulted over the fallen tree and stepped on the other side as he searched for Ryley, his son. His front fall of charcoal black hair enhanced his good looks.

"Yes, dad!" He received a reply before a young guy with identical stunning cinnamon eyes and similar features sprang out of the bushes to his front, carrying a sword in one hand and some wolfsbane in another hand that was protected with a glove.

Just the difference between him and the alpha was that he was the younger version of his father, otherwise a perfect replica.

Alpha Hercules gave him a stern look as he said, "We are here on a rescue mission, aren't we? But looks like you have forgotten the purpose and got yourself occupied with other and rather mischievous activities." He eyed the wolfsbane in his hands.

Ryley gave his father a sheepish grin. Hiding the wolfbane behind his back, he lied, "I am sorry dad, I mean Alpha Hercules, but I was collecting some wolfsbane for a project. I swear."

The looks on his father's face indicated his disapproval, “I don't remember your Principal informing me about any project involving wolfsbane.”

Ryley nibbled his lips as he stressed his brain to come up with a good excuse. “That's because our teacher from botany class has yet to inform the principal. We only discussed it on the last day.”

“In that case, why don't you give me the wolfsbane, Ryley Shine? I'll return it to you once your Principal has informed me about the project and explained to me as to how exactly the students are going to use a deathly plant like wolfsbane in a botany project when it should be kept away from the students in the first place.” his father snatched it from him and hurled it behind his head on the ground.

‘Dang it!” Ryley muttered annoyingly while father slipped past him with a cool look on his countenance as if he did a greater job.

Come to think of it, it was indeed a great job because his son, seventeen year old, was a bully.

When Ryley learnt that his father was taking him on a rescue expedition, he promised his friends to get some wolfsbane so that they could use them on their next target the next day he arrived at school. Seeing the plant on the muddy ground he pouted before composing himself and following his father ahead in the woods.

‘So what if he didn’t let me have it from here, I can steal some from the science lab where it is growing alongside other harmful plants for research purpose.’ he thought with a malicious beam.

He rushed over to his father while handling his sword. Stopping next to him. "By the way, I discovered this." he handed his father a necklace he had plucked out of his jeans pocket.

It was a pendant made of diamond that read "Valentine" within.

While his father intensely scrutinized the neckpiece, Ryley beamed boastfully. Observing how his father was examining the pendant, he became certain that he made a useful discovery.

"Jason, it's a girl named Valentine. We have to find her." Alpha Hercules communicated over his psychic link to the pack's senior doctor and his BFF, Jason Pereira.

Hercules smiled with an arched brow as he disconnected the mind link and turned to face his son, "Come on, Ryley, let's go look for her."

"Well dad, you know we can split up and speed up the process. So why don't you go ahead and look for her while I search here."

"Come with me." Alpha held Ryley's collars and dragged him with himself.

"But I want to do some exploring, dad. Why don't you look for this girl yourself? You will do well without me. I am not helping you anyway." Something was stopping him from going with his father.

Although he was curious to come here and save whoever was attacked by the rogues and brought here, now he was not ready to see the person. He was silently walking next to his father when he heard, "I comprehend that you are nervous and don't want to discover a wounded girl, I am afraid you can't back out now, Ryley."

"It's not like that," He bit his mouth hesitantly. "I just don't want to find a beautiful girl dead!"

His father cracked up much to his dismay before he answered, "Pray that she's not dead. Who knows if she is your soul mate?"

Glow of mischief returned in his eyes. Ryley scoffed and confidently joined his father as he mouthed, "If she is .... then it is going to be a bad Valentine's day, Alpha Hercules."

No words were exchanged as they headed further. Alpha Hercules was informed that a group of rogues had been observed through security cameras breaching through their territory with a human held in one of their mouths.

The air was misty and the winds carried dust and leaves. It made the footage come out blurry. By the time the spectators arrived at the spot, the rogues were gone.

All that was left behind was blood and hair. Assuming it could be deathly to deal with them alone, the alpha was summoned along with his doctor friend on a rescue operation for the abducted human.

Within a span of twenty minutes the Alpha and his team killed the cluster of rogues, except the girl was missing. The last rogue talked about the human dying really soon for the wounds and bites she received were lethal, thus the alpha and team inferred the person was alive. From then on they'd been looking for her frantically.

"Oh what a wonderful, wonderful day... Day I will never forget. After I'd wandered in darkness away... Jesus my Saviour, I met." Alpha Hercules' peepers set agape realizing that his son was singing.

His mouth stretched up joyfully. This was amusing to have Ryley sing a hymn at this moment. Not when he had been the least religious type. He was startled to know Ryley even knew a hymn.

Warriors who accompanied the Alpha looked below them from the trees in pure amazement. Then they resumed their leaps from one tree to another as they inspected the area for any hint of the missing girl.

"O what a tender, compassionate friend, He met the need of my heart; Shadows dispelling, With joy I am telling, He made all the darkness depart. Heaven came down and glory filled my soul, When at the cross the Saviour made me whole;" With Ryley continuing singing, they made their way further and further.

The air was tranquil and gentle until they climbed a hilly region and saltated on the other side. Foul stench of blood hit their nostrils. Ryley blocked his nose and tried not to puke at the smell. His father simply held his breaths while the warriors pulled out their respective masks and put them on.

"Here under the old banyan tree, Hercules." They heard doctor Jason and rushed towards the source of his voice.

When they arrived at the location, blood syphoned from their faces. Their hands became frigid, and a gnawing sensation spread over them.

"She is a young girl," Alpha Hercules knelt down near her feet.

She was lying lifelessly on her stomach. Her tangled hair extended over her shoulders and back. The worst sight was her bleeding waist as a small portion of her flesh was ripped out of the left side of her waist. Her right arm laid in a painful angle, indicating that it was broken. Her right foot was badly twisted.

They were staring at her senselessly when out of nowhere a loud gasp expelled from her turned down mouth, "H-hel-help... Help m-me." making them stare in a catatonic stupor as she was still alive while the strings of Ryley's heart oscillated frenziedly.

(Thank you for choosing this book. I want to bring to your notice that Marked by the bully is undergoing serious editing. Beside this chapter, the book contains errors and grammatical mistakes. Please be patient and stick with us, the edited version will be put up instantly as soon as the chapters are edited:) 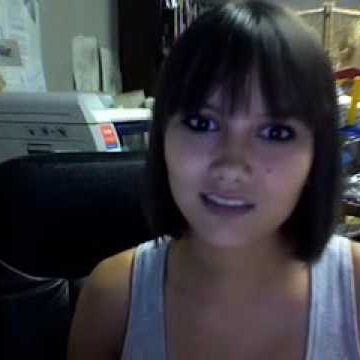 Mary M
There are a lot of grammatical mistakes and translation issues with this story... it’s pretty distracting. I don’t think I can read it.
Ronda Smith
I think I can’t read this because amp;amp; amp; amp; a pas
VIEW ALL COMMENTS