Sofia Sometimes thinks what did she do to deserve a life like this. She did not choose to be like this. It was not her mistake that she has no one, no family or relatives. Sometimes she wishes she also did not make it as her parents died. So she didn't have to go through so hate and disgusting word that thrown on her every single day since she was young.

"You disgusting piece of shit. You are just a mistake that thrown at me. If it were not for money, I would have thrown you out of my house. But I have seen your face every single day, pay all the rent fast and fuck off, from my house.  I have never seen a person like you who's a mistake; you must be a big mistake for your parents."

She hates that word with the bottom of her heart. The only word she hears since as long as she can remember.

She sighs and shakes her head to get out of the sad thoughts that haunt her every single time. And get up to take a shower and do her morning routine, and get ready for another stressful day.

While getting ready, one thought that never leave her mind that, is there anything called peace in this world exist?. Because if it is then why fate hates her so much that she never gets to experience this feeling. She was sure there was nothing that can give her a chance to experience this feeling because she can bet that the word peace is not made for her. And she will never get it...

Or so she thought.

She entered her workplace after having a dreadful breakfast at her apartment, it was Sunday morning, Saturday and Sunday she has to work from morning to evening, and on a working day, she has to do after college...

The worker and staff member never greeted her or accepted her as a workmate. They saw her as disgust.

She walks toward the locker eyes expressionless and body scream professionalism she dressed up in her work attire. After barely 5 minutes, she was busy taking orders and responding to calls.

She was a waitress in a fancy restaurant. She got a job here just because of her grandmother. The restaurant the owner knows her grandmother, and out of pity, he gives her job so she can pay for her college, and she has to pay a tremendous amount of debt which her parents took.

She made herself busy in her work so that she can ignore the loneliness and emptiness in her heart. She sure accepts her fate that no one ever fills this space because no one in this world can understand her. Who can see the hurt in her eyes, who can see the fake smile she shows to the world, but no one can see the lonely girl who always cries in the corner of her darkroom, because she couldn't handle the world she's was thrown into. And no one was there to guide or hold her hand to save her from this darkness that she is so scared of. And make her see the light of the world and a good part of the world that she never got to experience.

The bedroom or the little corner of the restaurant of her is the only safe place for her, that hides her from the cruel world. She spends most of the free time in the corner of the restaurant. Although the time of her to go to her houses 6:00 pm. she always goes at 10:30 or sometimes she never even go and spent her night at the a restaurant because the landlady always yells at her to pay the rent; she has to pay for her college, then the debt and then the little bit of money she left, she gives it to her landlady. Food and all is provided by the restaurant as there are lot's of leftover, but sometime when there is a rush in a restaurant, that day she had nothing to eat, she goes to bed empty stomach.

After her tiring work whenever she left to whenever she goes to her small apartment later the landlady throw hateful words toward her, selfish and so ungrateful that she not able to pay and when she did not respond to them the landlady complains that she is giving 'attitude'. She also goes to work early in the morning so she could escape from those words just for some time but then at the end of the day she got a double dose of it.

She's slowly drowning more profound and more resounding into the ocean of depression. And want someone to save her, hold her hand and keep her. And have her in their arms so tightly, so she never slips from their grip. She wants to feel something other than those pain, loneliness, dread, emptiness, hate, terror, and so many more she couldn't even count.

That's the only thing she has that make her sane, that forced her to stay still, stay hopeful. But she never had any hope. Because she knows no

one gives her what she wants. But she is grateful to have them though she never met them so often still she has someone to make her believe that not all the people in this world are not cruel and selfish.

It was afternoon when Sofia sit down to eat, a little break to rest her legs as she had to stand full day for work with a little bit of rest because it a big restaurant and she has to show professionalism because only high classy family come here. Her current the situation won't allow her to get fired.

After a short break, she went back to do her work.

The night was dark; it was the devil's hours when she walks back from her work she was about to reach her apartment but stopped as she heard some footstep coming toward her, she turns to check, but couldn't find anything, she dashed, her heartbeat become fast but continue her walk.

.Sofia wandered down the street toward her apartment when she accidentally bumped into someone.

The man falls on the ground, and his thing started around. Sofia hurriedly picked up all the files and said.

"I'm sorry", but was soon she startled by the shout she received in response.

"YOU fool, are you blind?" the man cried out. He stood up and snatched his document from Sofia. "don't you have eyes you bitch “ he insulted her.

"Leave it "Vernon", she did not do it on purpose" another boy came pushing away from the rude one.

He was looking at her angrily.

I did not know that anyone could get so angry at some papers.

Sofia looked at the boy with a blank face; she did not have time to spend with this pampered, she needed to sleep; in a few hours, she needed to go back to college.

"Sorry" Sofia bowed to the angry man and to the other who had a look of pity for her. so she followed her way to her apartment, listening to the boy complaining behind her.

Sofia ran out of college late; she was studying from 8:00 AM to 11:00 AM, the rest of the day she was studying/sleeping. Unfortunately, she had overslept in the library. She was now lost because she was going to be late at the restaurant.

When she finally reached the back of the restaurant, Sofia felt the furious gaze of her boss on her; he was staring at her with his arms crossed.

"I hope you know this will be deducted from your salary."

Sofia did not say anything. Instead, she just bowed in silence.

Sofia left to start serving the tables, and at the same time as usual, there she was Mr Martin, A well-known businessman and a very loyal and regular customer, he always talks to her nicely and makes her eat with him, he was a kind-hearted man, but this time he was not alone, Sofia approached to take orders.

"How can I help you tonight, sir?"

"Hello, Miss, I'd like the same, you can ask from my son." Mr. martin waited patiently for his son, who was busy playing games.

The boy looked at Sofia and a a the glance of surprise passed between them; they had recognized each other from last night.

"Well, I'm going to want this one here, and this one, this dish here can order with salad," he said pointing at the menu, not expecting Sofia to write anything down.

Mr.Martin glare at his son and said.

"Dad, I'm starving." Mr Martin rolled his eyes at his son's puppy face and continued to agree to the request.

Sofia smiled and went out to make the requests to the chef. Returning 40 minutes later with everything piled in trays, balancing, Sofia put dish by dish on the table.

Vernon was watching her closely and smirk at her. When Sofia looked at him . he smiled innocently at her, she placed the food on the table and smiled at Mr martin before leaving.

“are you really going to eat it all son “ he spoke with concern eyes.

“watch me dad” he said and started eating the food.

It wasn’t every day when the father and son duo would eat together, Vernon has his own hate toward his dad which Mr martin didn’t know.

But as a father, he cares about Vernon, and so he called him to talk.

“are you visiting your therapist regularly “ he asked without looking at Vernon.

“yes “Vernon give a short reply.

“are you attending your collage “ Mr martin spoke this time his voice contains anger.

But Vernon was to busy in eating to notice that.

“STOP LYING TO ME VERNON,” he raises his voice a little catching the attendance from everyone.

Vernon stop eating and looked at his father, arrogantly.

“if you know the answer why you asked ?”  Vernon replied uninterest.

Mr martin sign “ Start growing up Vernon don’t behave like a child, don’t live in your past, take responsibility as a grown-up .”

“No!! I won’t, and you can’t force me “ Vernon stopped eating and kicked the table. Mr martin stood up angrily and walked away.

Vernon screamed again in anger. Everyone's was looking at him in the restaurant.

Sofia watches everything as she was forced by her workmate to clean the mess which Vernon created while kicking the table.

When Vernon saw her his anger rose, and he shouted at her

"what shit it was !" he shouted. "You can't do anything. What type of rubbish cold food you served me."

“It wasn’t cold when I served you” Sofia answered.

“Now you are back talking a bitch of a waitress ?” he screamed

Sofia tried to control her tears at his insult as people were watching.

“I won’t pay a single penny for food” he screamed

"ENOUGH!" he shouted, walking toward her.

"Isn't it cool to bump into someone intensely babe" he whispered in her ears and walked away with a smirk on his face. 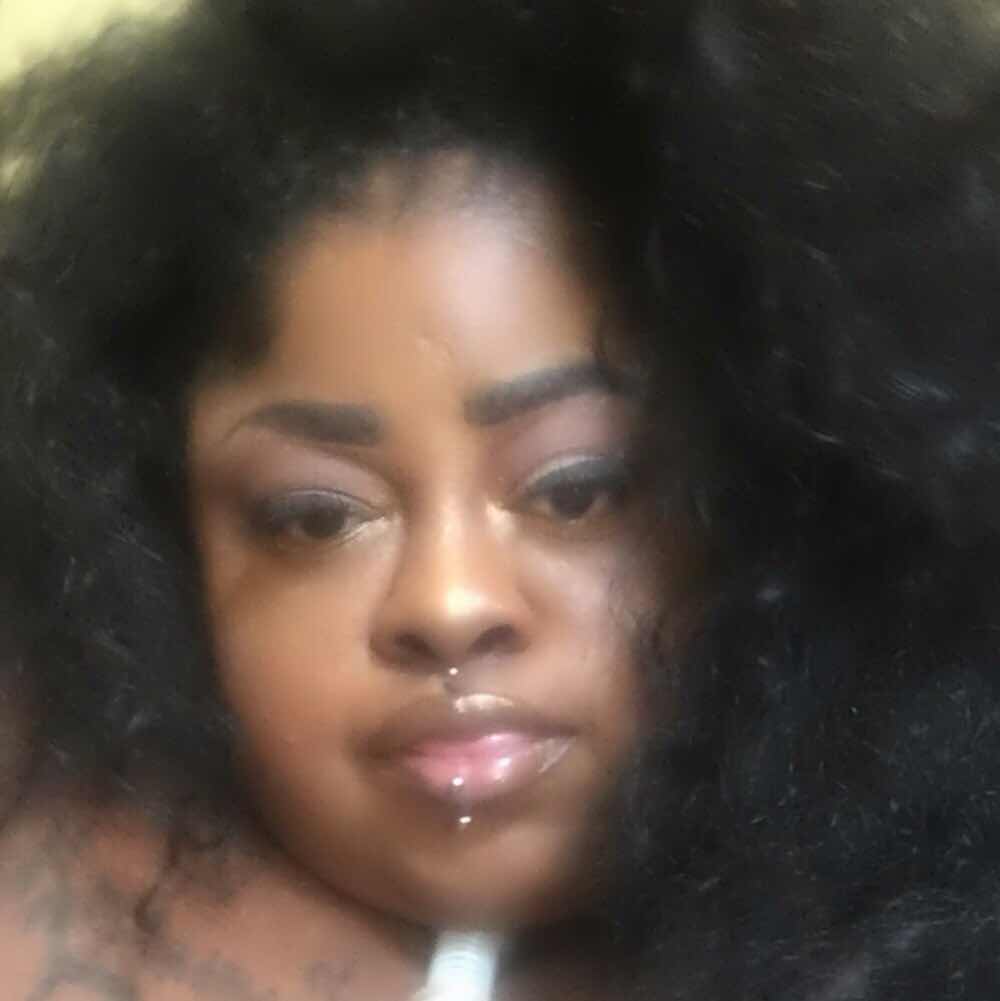