Dixon realized that I was behaving oddly. He spread his arms over the back of the sofa and waited for me to eat. The dishes had already been laid out for a few hours and were icy cold. They tasted like nothing in my mouth and I ate them slowly.I tried his patience. He got up and stood in front of me, saying coldly and softly, "Caroline, what do you want?"I put down my bowl and looked at him. I saw that he was looking at the dishes on the table.Dixon suddenly asked, "Did you make these?"He sounded odd. I stood up and started cleaning up while saying, "I asked you during the day if you were going to come home for dinner. You said yes, so I made the dishes you liked joyfully."Dixon suddenly frowned and asked, "What are you playing at?"I stopped what I was doing and looked up at him. His eyes were icy cold and I could not find any of the warmth that had once been present in his eyes.I wanted to say something but stayed silent in the end. I cleared the table silently and washed the dishes in the kitchen. When I emerged from the kitchen, the living room was empty.I looked at the stairs and hesitated a little before heading up to the bedroom. I pushed the door open and was surprised to see Dixon sitting on the sofa. There was a thin, gold-colored laptop on his lap.I took my sleeping gown to the bathroom to take a bath. I remained in the tub until the skin on my fingers had wrinkled before getting out. He took me to bed, and in the end, I heard Dixon saying softly, "Gwen said that you forced her to go to the United States three years ago."Even though he sounded as if he was asking me a question, he had already decided that I was the one who had done it.I could not be bothered to tell him that three years ago, the woman he loved deeply had chosen three million dollars over him.That was right, I gave Gwen Worth a choice three years ago.I said that if she chose Dixon Gregg, I would give up the marriage between the Shaw and Gregg family. If she gave Dixon Gregg up, I would give her three million dollars as compensation.She was very certain back then that even if I did not become Mrs. Gregg, another socialite would. In any case, she, who had no backing and was ordinary, would never become Mrs. Gregg.She understood and that was why she had been so decisive in leaving. She took the three million dollars and left for the United States.She must have seen hope since she had ended up returning.Gwen Worth was certain that no one can stop Dixon Gregg now.He would be able to get a divorce if he wanted to marry her.I was silent. Dixon suddenly choked me viciously. I got a cramp in my abdomen. It was a pain that could definitely destroy my resolve.I twisted the sheets tightly in my fingers and could hear Dixon's cold voice saying with ridicule, "You said that you like me. If you like me, why did you force me to do what I didn't want to do back then?"My eyes were moist and tears were about to escape from them. Dixon suddenly grabbed a fistful of my hair and said cruelly and dispassionately, "Three years ago, the Shaw family was the major power in Wu City. Everyone was under your control. But now? Caroline Shaw, your family, which once propped you up, is now on the decline."I only felt better after biting my lips forcefully. The taste of blood flooded between my teeth and I quelled the bitterness in my heart. The tears in my eyes disappeared as I turned to look at him indifferently.Even though we were doing the most intimate thing on earth, we were just like strangers. In fact, it could be said that we were even more distant than strangers.I could not help but smile and say, "Dixon, you pit yourself against Shaw Corporations because you hate me. But what did Shaw Corporations do wrong? For three years, Shaw Corporations has helped the Greggs. It has tried to obtain benefits for the Greggs even if it meant taking the blow itself. How could you bear to prey on it?"
Comments (3) 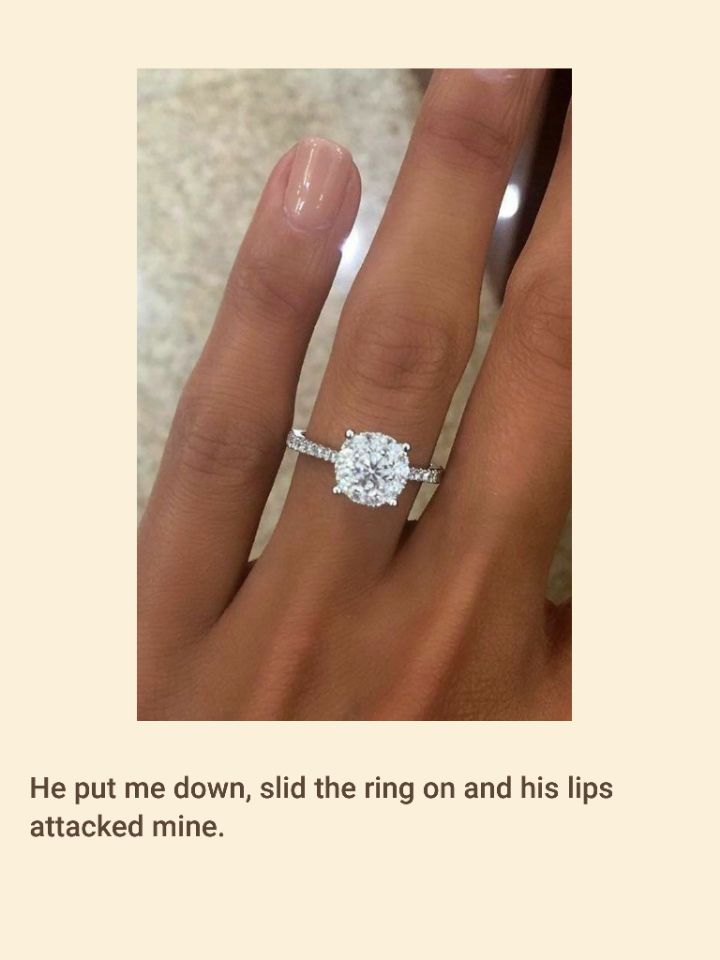 Jacques moi
Why do these Chinese novels often make their heroines look like fools, trashy and slaves? this is 2021 people.