~The Pain is eating me up, there is no one to turn to ~

I would be meeting up with a new friend I met on the messenger app, Flourish.

Flourish said her boyfriend alongside a few of her friends would tag along.

We agreed to meet at a new eatery which was officially opened a week ago.

I stepped into the eatery and the sight of a girl on black braids, sitting on a round table with a few guys caught my attention and my guts told me that should be Flourish.

I decided to give Flourish a phone call regardless and informed her that I was already at the eatery.

Seems, I was right... It was the girl on black braids.

She waved me over. So, I walked towards the group, gave her a hug and greeted the rest of the group. Who surprisingly, I already knew.

I took my seat and said a 'hi' to everyone, I sensed a little bit of tension from the guys, except Flourish.

Jeremy walks in and I am surprised to see him here but happy all the same.

I stood up quickly and gave him a hug which he doesn't return.

That was weird, but I did not read much meaning into it as I broke away from the hug.

I asked why he was here, there was no response from him and then it hit me!...

I recalled I was just sitting with a group of people, so I turned over and introduced Jeremy to Flourish since the guys already knew we were together.

I have hung around with them before.

It all makes sense now, why they all went silent and Flourish had a gaped mouth till she recovered herself almost immediately, stood up and pushed me aside.

it seemed funny at first, like it was just too unreal.

And perhaps, I heard wrong.

"Jeremy, can you explain this? Why did she introduce you as her boyfriend?"

The next words that came out from Jeremy's tongue totally disarmed me.

"Honestly, I have no idea, Yes, I have seen her around but, I'm definitely not her boyfriend... "

I couldn't just stay quiet and watch myself get disregarded. So, I chipped in

"Seriously, Jeremy? Flourish, I am not lying to you, we are in like the 6th month of our relation... "

before I could complete my sentence, Jeremy cuts me off and denies me again.

"Bitch, you totally got this wrong and I have no idea why you are trying to ruin my relationship with your friend" I was shot by shock and my heart clenched painfully, his words were deafening.

I mean this is the guy who actually sent me a love message last night just to remind me he cares about me...

Did I wake up into another world? because, I believe this is my Jeremy. The love of my life, the same guy who makes me stay up late almost every night just so I could have an online conversation with him, the same guy I decided to lose my virginity to, after denying it to four other heartbreakers, like this can't be real, he actually told me he loved me and I believed him.

I am totally fucked up in my head right now. Did Jeremy just blankly deny me straight up to my face and make me look like a fool?

Jeremy said he loved me, I didn't know what was happening anymore, but I felt myself disintegrating from existence...

Then, I realized I was actually in public and with teary eyes.

You are stronger than this

"But you sent me a love you note last night...."I whispered shakily, trying to sound strong but failed woefully at it.

"Do you have proof?" my head snapped to Flourish's direction when I heard Flourish speak with a snicker as she stood closely beside Jeremy, clearly stating an 'he is mine' look.

Jeremy seemed tensed and I would have been glad to finally prove I wasn't the liar here but sadly, I don't keep SMS.

"I deleted it. So I don’t get someone like my parents reading it. I would be dead if they saw something like that on my phone. It happened once and i can't afford to be grounded for another two months" I replied honestly.

" Saying 'Grounded' like it actually happens here in Nigeria. The only sensible punishment by any Nigerian parent is a good flogging, not like any of that matters right now" Flourish Spat in disgust

And I wanted so badly to say it would be a great sight to see her being whipped by a cane and gladly my parents aren't gruesome enough to actually inflict such physical pain on my dear dear skin!

But, I didn't get the chance to say it because...

"So, you have no proof of having any conversation with him? Maybe on WhatsApp or Messenger App ?"

A guy I recognized as Jeremy's friend asked and I was beyond shocked because I hung out with him and Jeremy few weeks ago. I think I actually just heard bells ring in my ears.

"You know Jeremy isn't active on both messenger and Instagram. I had to re-install my WhatsApp because I got a new phone as a Pre - Birthday gift from my parents, Jeremy why are you saying nothing?" I asked, hoping he ends this misery and backs me up here.

"What should I say? that you are some weird stalker who thinks we are in a relationship? I'm sorry girl but I don't know you, at least not as a girlfriend"

Jeremy barked those words at me and instead of getting the pain of a dog bite it actually stung like a bee and I felt like I could disappear. I just got full-blown humiliation!

I don't know how I could still talk.

"Flourish, you know me as a friend, Jeremy is just fooling you, we even had sex 2 weeks ago, remember talking to you about it?" I questioned hinting on when I told her about losing my Virginity.

I can't believe I uttered the word 'Sex' in public

Aargh! The whole world now knows I am not a virgin.

I don't even know why I tried proving myself to them.

It only made things worse

I should have just walked away.

"I’m sorry Selena, but I knew Jeremy first and if you actually had sex with him, I guess that's just what it is, you were just a booty call. And if what you say is true, his friends should know you as his girl, right?" She asked and I gulped, mixed with pain and bitterness, did she just speak that way to me?

While I was processing all this, Flourish continued and asked the three other guys present who deadpan denied knowing me and I knew those fucking guys.

To think I was joking around with them a few days ago killed me, and that's when I totally broke and teared up, I don't know how I could say the dumbest thing at the moment..

"I have Jeremy's phone number, if that even qualifies as a proof" To add more pain to a dead corpse, Flourish actually chuckled...

That bitch chuckled!!! In my grief and down state...

I hated her for letting me, be publicly humiliated

you don't let that happen to another girl.

I wouldn't do this to another girl.

No one would want to be in my place and she handled the situation absurdly that it hurts so much.

Its official, I hate Flourish.

She is the worst girl who ever lived on planet earth.

Then there is Jeremy and his friends who I hate forever for dumping me the wrong(est)way and for backing him up too.

I don't know how I was able to go back home but I could not eat for the whole day and I felt like a walking zombie.

My heart just got smothered, destroyed and I can't see any hope of building it back soon...

Its my birthday today!

But not a happy 18 year old birthday celebration for me.

I am turning around on my bed with a painful ache in my heart and thoughts centered on how much of a screw up Jeremy was.

He totally broke me, notwithstanding I gave up my V-card for him.

I thought he actually liked me.

He made me feel so special and thinking of how the breakup went I could not help but breakdown in tears all over again.

Yes, Jeremy has been trying to call me but I am keen on ignoring his calls, I have nothing to say to him right now.

He has been sending texts that I have refused to view, even on Messenger and all other social media app that am signed in to.

I decided not to block him because,

Have you heard of that slang..?

I go show am pepper!

Yes, that's what I'm going to do to him.

I go show am pepper (Means I would make hell on earth for him, it can be read as a different meaning to different people)

His friends have been trying to call me too, especially one who I actually considered as my friend, like I knew him before I even knew Jeremy and he backs up jerk face Jeremy ?

And yes, today is my 18th birthday, I am only posting a birthday wish for myself and not checking any notifications or messages, I don’t care if its unhealthy but my heart right now is dysfunctional.. So don't blame me, blame Jeremy for being the jerk of all time. I am still processing the event of August 15th in my head.

Gosh! It really hurts, the suffocating feeling of being denied.

The feeling of being thoroughly battered in pure pain and skillful hurting.

The way his smile lights up a room and when he laughs in such a melodious tone.

The way his eyebrows twitch when he feels nervous and how cupping my chin made me feel a sense of belonging around him.

Perhaps, I could be loved... I thought.

but now we all know that love really and only happens in the movies and I'm such a sucker for love to think it would ever happen to me after 4 failed try’s.

Why do I let myself fall in love over and over again when I know it would leave me on the ground with bruises.

I won't do this again

I wasn't built for true love.

Its September 19th, today and

I am making a decision to give my heart a long vacation, No sailing the dating-ship till 21.

I am not capable of withholding another heartbreak, so I am going to treat and nurse my heart to full perfection, it needs to be happy.

My heart deserves to be happy and it would, it has to.

Love wasn't made for me, I know that now.

I am not stupid, I have just had enough of heartbreaks for a lifetime, I mean 5 freaking heartbreaks in a roll ?

Shouldn't that be an award or something?

Jeremy hasn't heard the last of me. I'm going to make him regret his coward move of denying and humiliating me in public.

He called me a bitch! That bastard!

I would show him what a bitch is made of! 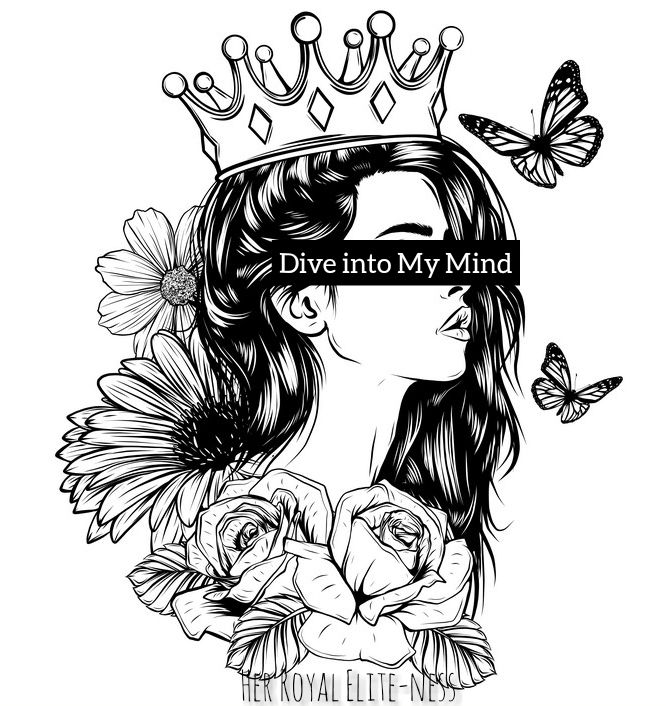