Asahd Usaïd, son of Lahkdar Usaïd and Hadija Usaïd, Sultan and Queen of Zagreh, a little but wealthy kingdom, somewhere in the rural parts of Morocco, had finally returned from his vacation in Australia.

He was a young and intelligent 22yr old man who had recently gotten his masters, a few years after he'd graduated from college. Oh, he sure had attended the best schools. He'd attended highschool in a prestigious school in Istanbul, and had gotten his first degree in Dubai. As well as his masters. He was quite educationally accomplished at such a young age. One thing that made his parents very proud.

The only thing, that made his parents proud.

They began to regret the past because they had spoiled him a lot while growing up. Asahd had turned into an arrogant, egocentric and proud person. Who could talk him down? Who? A whole Prince?? No, you had to be crazy to dare. He would have your ass thrown in the Royal dungeon. He had the authority to.

Asahd as the crowned Prince of Zagreh, was expected to be very careful in whatever he did. But he didn't give a damn. He had the wrong group of friends, he would spend money carelessly and on a party life, he went to places and attended parties a Prince wasn't supposed to attend. On top of it all, he was a lover of women and shamelessly showed himself with dishonorable women. Women who showed too much skin or approached men shamelessly. Sometimes he would bring disrespectful foreign friends he met in other countries, to the palace, against his father's orders.

In Zagreh, honor was very important to the people, and tradition was very important as well. Asahd lacked that honor and sure didn't give a damn about tradition. This worried his parents. If he didn't change and was made king, he would put his needs before that of the people, angering them and causing them to fight for his overthrow. The King and Queen didn't want that.

"Djafar, where is my son?" King Lahkdar asked the chief Butler and Asahd's Royal adviser.

Djafar was a man in his late forties and like a second father to Asahd. He'd been in charge of teaching Asahd Royal manners when Asahd was still a child. He always kept and eye on him and made sure the Prince was well taken care of. He also gave Asahd advice which concerned both his royal duties as Prince, and other advice that had nothing to do with his royalty.

"It is nine and he still isn't down for breakfast." the Queen added, a little frown on her face, "Breakfast is at 8:30 every morning, but he is never on time. And we can't eat without him."

"Maybe he is tired from his journey." the king told his wife.

"My Sultan, he returned at six yesterday evening and retired to his room immediately. He didn't even have the evening meal with us. We almost didn't see him. He's had enough time to sleep." the Queen stated.

It was the same story, almost every morning.

"I'll send for him right away, your Majesty." Djafar bowed a little and left the dining room, immediately.

He was going to call one of the errand boys when he came across Saïda.

"Saïda?" he called and the young girl approached him.

"Good morning, dear. How did you sleep?"

"Good. The sultan and Queen have demanded that Asahd be called to join them for breakfast. If you are not busy, I'd rather you go."

Saïda was that beautiful Arab girl, the respectful and always smiling one. A good daughter and someone every adult of the palace wished their children could follow, as example. Her father had brought her up, well. Saïda was good, but with her friends or around people of her peer group, she could be a troll. She had a bad mouth that only those that had offended her, could testify about. She wasn't perfect like the adults of the palace thought.

She followed in her father's footsteps and would soon be a Royal adviser, herself. When she would be fully independent and had completed her school. For the moment she was like her father's intern or student and the Prince's occasional assistant. Occasional because as mentioned earlier, she was still learning.

Saïda made her way past the bodyguards and up the huge stairway that seemed to have no end. She'd last seen the Prince, five months ago. The best months of her life! Along with whichever period that he'd been away.

She disliked him because he was just so disrespectful to the parents who'd given him everything. Saïda had a strong ethic and she really did not appreciate arrogant and ungrateful people, like the Prince. But who was she to judge him?

There were several knocks at my door, causing me to frown and toss in bed. I was exhausted.

I'd slept very late the previous night because I'd been watching TV and drinking a little.

I groaned and buried my face in my pillow.

Lazily, I sat up and wore my robe. After tying it, I spoke:

A few seconds after, Saïda stepped in.

I rubbed my eyes.

"Your Majesty, the sultan, and the Queen, have requested that you join them immediately, for breakfast."

I sighed and stretched.

"I'll be down after a quick bath."

"Okay, my prince," she curtsied and turned to leave but I spoke.

"You look bigger, Saïda. I've been away for a few months and you've already changed a lot," I said, noticing how taller she'd grown. "You're seventeen, right?"

"I turned 19 three months ago," she replied, plainly.

"Excuse my mistake. Tell my father I'll be down in few. And send someone to clean this room up. It's a mess."

"Now move along," I waved her away. When she was gone, I went straight to the bathroom.

"Now move along," I mimicked with a scowl on my face. "Such a Billy goat."

I rushed down the stairs and to the dining room where I told the sultan and his wife that Asahd would soon join them. Immediately after, I went to the gardens to join the Maids and servants of my age group.

"You've seen the prince, Saïda?" Yamina asked while she and the others folded the laundry that had been drying outside.

"I do it!" Aisha quickly replied and the others giggled. "I want to see him again."

And with that, she rushed away.

"You all treat him like he's some god," I mused, rolling her eyes.

"If you say so." I didn't see how incredibly handsome he was.

"He looks like a billy goat, with that hair."

My friends burst out in laughter and I joined them.

•AN: So guys, your thoughts for the first chapter? Let me know 😊• 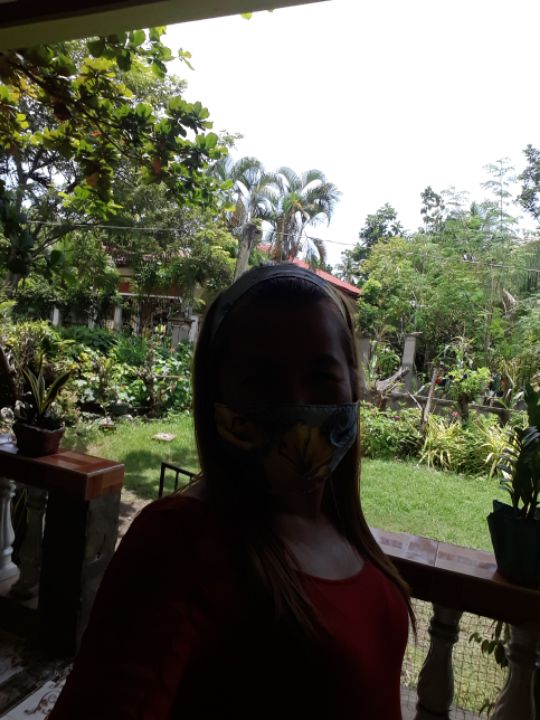