Life as A Servant
Author: TheCrow

Weij city is one of the most flourishing cities in the country, first of all, it has the famous magic academy known as Sel academy, though only the richest kids can attend it.

Technology is still the main thing used in this world but some people like Magic more, unfortunately, only special humans called the 'gifted' can use it.

Weij city is inhabited by millions if not tens of millions of citizens but what makes it more special is that it has all the richest people in M-Nation. It's always bustling with tourists of all kinds as it has many magnificent places to visit, especially the magic academy. Apparently, the academy opens its doors for visitors to sightsee and watch some fights between the students.

The city is filled with high buildings and monuments, but at the far edges of the city, there are only rundown houses or barely standing buildings, even the street is dirty and thieves, and things like rape or stealing always occurs in such place.

The place is totally ignored by the high officials of the city and the government, it's like it doesn't exist, electricity is barely working there, as for water, there's only the freezing cold one. The houses and apartments there are all owned by the rich people in the center of the city, and the ones living there usually have to pay double the price just to have a place to sleep.

Even after a lot of complaints from the people living there, nothing happened, except, in extreme cases, they would be kicked out of the house. Taxes were enormous even though the people there were living a miserable life but all they could do is just pay them and thank their 'god' they have someplace to sleep.

As for shops or anything of the sort, it doesn't exist in that place. All people living there have to go all the way to the center of the city to procure whatever they needed. It would be a lie to say life was easy there, in fact, everyone living there is by no means having an easy and carefree life, instead, they life day after day fearing the owners, which come out of nowhere to demand rent or raise it without any explanation.

In a 2 floor building, which was dusty and dirty all over. The building was made out of wood and whenever a strong gale passed, you could hear a loud and unpleasant creaking. The place resembled a ghost building from a horror movie, literally. To access the small building you had to go up some stairs before finding yourself in a 10m or so corridor but even the stairs were in a broken-down and miserable state, whether it's the part where several steps are broken or the part which there are some lurking cockroaches.

There were some doors on the left which apparently were apartments, and at the end of the corridor, there was a door slightly different than the other ones. This one was in a devastated state and every time a strong wind blows, the door violently shook and seemed about to be break.

Just behind that door, there was a very small room, probably a 10x10 room or even smaller, there was no furniture, not even a television, just some blankets and a dozen or so books laid on the ground. Apparently, there was a small opening on the wall and it seemed as if it was a wardrobe, but if you peek inside you would see a toilet, though it was a little dirty, nonetheless it was usable.

This small apartment was where Bin and his little sister, Mina, lived. It was a miserable and narrow place, that's for sure, and not a day would pass without him wishing a better life, not for him but for his little sister who still had a long life to live, as for him? If he is lucky enough he only got a year left and if not, then he would die today or even tomorrow.

What's more depressing is that every day that passes, he feels his body worsening and he became fatigued way more often. It would be a lie to say he's not afraid of death as he was currently as its door but he could do nothing but hope for the best and wish for more time to raise his little sister.

His dearest wish is to see his sister grow into a fine woman who can take of herself, then he would happily die and rest in peace but currently, she was still a little and innocent girl, it pains him to even think of letting her live alone in such an unfair and cruel world.

He would feel exhausted pretty quickly, and,sometimes, he would cough blood or fall unconscious, though that didn't happen often, it still happened, and whenever it did, his mind would be worried about his sister, who would pick her up from kindergarten or cook her food? Who would help her wash or help her wear clothes? Who could buy medicine for her if she ever fell ill? Who would...

She's still 6 years old and goes to the kindergarten, every day he would think of a way to earn money and save it to let his sister have a better life so that if he suddenly dies, at least there is some money left for her to live. In fact, he was an orphan and has always been with his sister, well technically, they're not blood-related but they grew up together and the orphanage they were living in 5 years ago, got demolished due to the lack of funds and workers and, in its stead, a bar was built.

Nevertheless, he, fortunately, managed to find a place for them to live.

Since then he never stopped working, even in holidays, and would always buy cheap things to barely be able to pay the rent and the water bill. As for electricity, it was replaced by small candles, which are barely enough.

One more thing he didn't spend money on was clothes. In the last three years, he barely bought any for himself, though he tried his best to pamper Mina with good and clean kids' clothes but gifting her the expensive ones it not possible yet, sadly.

Every day, he would wake up before sunrise, wash his dirty and sweaty clothes, prepare some food for his sister to eat then clean the apartment, if it can be called so. When morning came, he would wake Mina, help her change clothes and wait for her to eat breakfast, then he would escort her to the kindergarten, and as soon as he did that, he would sprint towards the location of his morning-job, he gets scolded every time for being late and his pay got reduced but there is nothing he could do about it.

All the jobs he worked at, are, of course ,in the center of the city where it's the most flourishing, be it working in a bar, as a janitor or whatever kind of job, he would take them all, always overworking himself until he could not move, but even by doing that ,he would barely be able to afford the living expenses. Of course, he managed to save up some money after some years passed, but they were all for his sister, for her high school and university expenses, though the sum he accumulated was only 1.4million won (1200USD), it was negligible but at least it would help, even for by a little bit.

Deep inside him, he knew that when he will die, she would be left alone with no one to take care of her, and since she's a minorn she would be sent to a faraway orphanage or adopted by someone and she would surely be sad and lonely but there is literally nothing he could do, heck! Even if he wanted to do something, he can't as he had a terminal illness with no cure.

He wasn't entirely sure about his illness but, one thing for sure, it's deadly and there was no cure whatsoever. One of the reasons for the lack of a solution is due to its rarity as his personal doctor told him that he had never seen anyone with that type of condition.

In fact, Bin wanted to donate some of his body parts to earn money but his doctor firmly objected, explaining to him that it may be contagious.

That day; when he was delivering the orders of some customers, he was holding a plate in his hand and some pasta and a salad fruit were on it... it would be a lie to say he wasn't jealous of the customers who were going to eat such delicacy but he didn't dare eat it or even touch it, for there are customers who would nag all day long in order to get a free meal and he, the supposed 'perpatrator, would be fired, of course.

In fact, Bin only ate instant noodles or some fruits the whole day, it is indeed unhealthy, but who cares, right? He is going to die sooner or later so not eating enough wouldn't matter, as for his sister; he tried to get her the best thing he could without using too much money.

While he was on his way to deliver the food, he unconsciously slipped on the shoeslaces. Bin usually wears the old clothes, and, of course, some of them were tattered or ripped here and there but he doesn't have the luxury to get them to get repaired so he just wore them ignoring whether they were ripped or not.

His shoes were always the ones causing him problems, seeing he only have 2 shoes and he works constantly, both of the shoes are ripped and looked dirty. He didn't intend to trip but the unexpected happened and in order to protect himself, he let go of the plate, which flew out of his hand, and covered his face with both hands.

Just as he lifted his head, he saw the plate on the floor and some of the food which was on it was now on a customer just beside him, almost all the pasta fell on her hair and white dress, which looked extremely expensive. You can even see some diamonds here and there but Bin couldn't say if they were real or not, though one thing he knew for sure, he got himself in serious trouble, and getting fired is the least of his problems as the girl looked infuriated and like the spoiled and annoying rich kids.

nelson arante
its exciting to read this story

Elizer Solis
how sad is the mc life is,im feel pity with his life.. 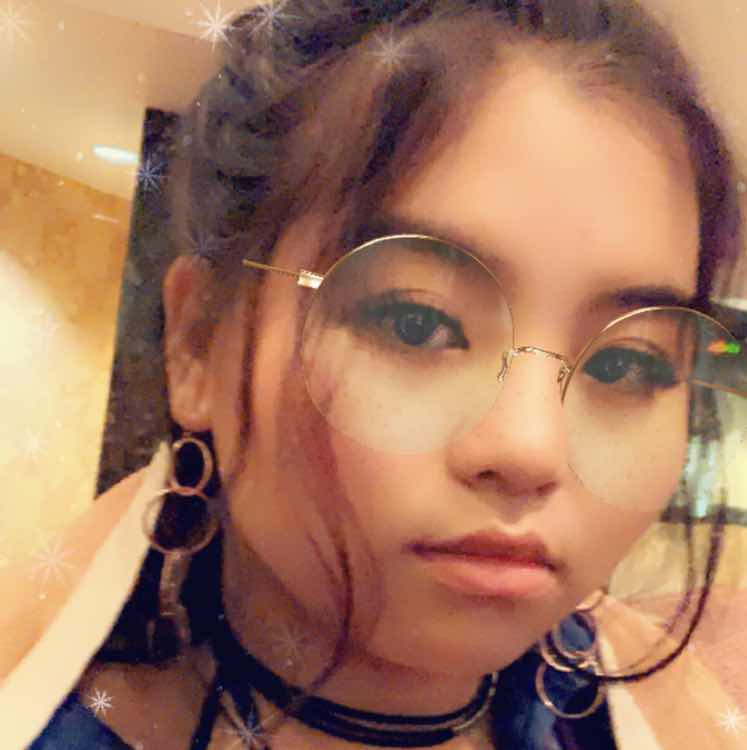 Delaney Cheung
Love your story but could need some for editing/ revisions, I see it missing some words, and if u like I can help revise it?
VIEW ALL COMMENTS