Tatt knew he was ready to protect this child seating here with him and begging to be sent home with his life.

She didn't deserve to die here even if that's what the boss wanted.

She was too young, with her whole life still ahead of her and too innocent to be used as a threat warning.

He didn't give a fuck' what the old guy wanted.

He'd made it clear the day he'd signed up with them that there'd be no kid casualties and the man had agreed, he probably had mini amnesia that he hoped to cure with his defiance.

He zoned out watching her while Shaggs had ranted on and on about what the boss wanted him to do with her.

Was this what it had been with his boy?

Some boss out back taking a drag out of his Cuban Ciga and giving orders that his life be snuffed so early as a revenge to his boy. 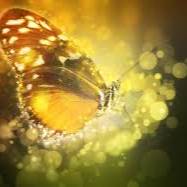 Annabelle
I love this book. when is the next chapter coming?
VIEW ALL COMMENTS