The Saga of the Unbroken
Author: RandomGuy
1. Luke

In the sky of a certain area, there's a young man clad in black mech armor. He flew in a zigzag way as a barrage of bullets came at him from the dozen of humanoid shaped drones. The sky was painted in red even though it was at night. Crimson clouds covered the stars and moon as thunderstorms rumbled within them.

"My drone is already badly damaged.." muttered the young man softly inside his helmet as he pointed his handgun towards the crowd of drones.

"Let's see if you can deal with this."

Pouring a big chunk of his magical energy into the weapon, he chanted a spell, "ᚲᛟᚾᚾᛖᚲᛏᛁᛟᚾ.. (Connection..)"

Magic circuits began to spread into the bullet inside the gun's barrel, without stopping, he continued, "ᚲᛟᛗᛒᛁᚾᛖ: ᛟᛪᚤᚷᛖᚾ ᚨᚾᛞ ᚲᛟᛗᛒᚢᛋᛏᛁᛟᚾ... (Combine: oxygen and combustion...)"

Shouting loudly as if wanting to vent out his frustration, the young man was hardly able to maintain the spell to not be thrown in chaos, as this definitely was the worst place to perform a magic spell.

A light that matched the gorgeous intensity of a sunset shined from the tip of the handgun. Something small, whose size resembled a sesame seed, separated itself from the handgun and flew at an unnatural speed into the midst of the drones.

In the next moment, a shockwave erupted in the radius of five hundred meters. The flames started to move like a living being, swirling unto the shape of a giant sphere. The flames revolved nonstop until it became smaller, smaller, and so small that it disappeared completely. Leaving no ashes at all, with only just drifted smokes in the air as proof of their existence.

Screeching noises emerged inside the young man's head as the voices invaded his head forcefully. Although his mech helmet had been enchanted with a mental resistant attack, the power behind that assault was too much for his helmet's defense as some of the power seeped into his brain, giving him an unbearable headache.

"I know I should go away the moment I had the chance.. Why did I even try to play the hero in this damned world…" holding his head, the young man said to himself in regret.

But not too long after his lamentation phase, the ground began to shake as winds howled into a certain building in the area. Then, a huge pillar of light arose from that building and flew straight, piercing the sky. Looking at the spectacle, the young man understood what just happened and only could mumble a few words.

In another place of this time, there's a certain car speeding up like crazy, as if the driver had become drunk or in frustration.

A man in a suit cursed loudly as he drove the black sports car on a highway. His eyes a little bit reddened and his body gesture became more agitated as time passed. Beside him, another man looked at him anxiously and asked, "Still no response?"

"None.. F*ck the CSIF (Control State of Information Federation)... They should already have their man back up the lads by now!"

Hitting the steering wheel in frustration, the man gritted his teeth as his eyes became more bloodshot. His appearance would be like those kind, middle aged men in your neighbourhood. But the word kind would be far from what he looked like right now. His face was warped in fury while he focused on driving the speeding sports car on the road.

"Don't worry, although their corrupt politicians might have delayed the response, as long as we could take over the charge on the site, we will-"

Before his companion could finish his sentence, an explosion that seemed like a mushroom rumbled at a distance. Although it was pretty far away from where they were driving, the sound was loud enough for anyone to hear. Along with it, a particular cloud in the distance parted away and made a broad, cloudless sky.

With a face full of horror the man muttered, "That's Bluewest street.. Where our lads, ADF-14 stationed... "

"Jerry! Quick!" shouted the man's companion as he glanced back at the man named Jerry with a despaired face.

Stomping on the car's pedal to its limit, the man kept pushing the horn and hurried to his destination.

Cold sweat dripped down on the man's forehead as he tried to recall how that it wasn't supposed to be like this.

Two hours ago in downtown LB Mark street, inside one of the buildings along the sidewalk, the Metropolitan Police Station (MPS).

A man with blond hair and stature of 6'2 feet tall and full of muscles smiled at a young man with black hair and blue eyes. The man was clicking on the holographic keyboard in the air that was being projected from his black wristband. Hearing someone call his name, the man turned his face behind and said, "What do you need, sir James?"

Sneering at the question, James crossed his arms leisurely as he rested his body against the wall, "Heard you would participate in the upcoming 'Blue Killers' case. Sounds pretty fancy, a special force that would be the spearhead of our operation."

"What are you trying to say? Head officer of MPS, James Braun."

Furrowing, he said in a little lower tone, "This case is mine and you know I had the tactical authority on the field. The special force of HAC had cases when they would mess the operation with the unauthorized permission to act based on their own judgement. And I don't like that."

"And there’s nothing you can do about it." answering nonchalantly, he turned his gaze back to the holographic screen and continued, "With due respect, sir James. If there's nothing more, please excuse myself to prepare for our infiltration plan."

Sneering once more, James replied, "I knew you would say that."

Walking towards Luke's desk slowly, James placed his left hand on Luke's left shoulder and said threateningly, "Listen here big boy. I don't care if you are a soldier of HAC or your body has been reinforced. You are currently sitting in the chair of the office inside Metropolitan Police Station's headquarters. Not your Association of Development Force. My place, my rules. Understood?"

Squinting his eyes and as if forced himself to not show expression on his face, Luke said in a monotone voice, "Understood."

"You better be." Snorted at the young man in front of him, James turned his body and left.

Trying to suppress his sigh, Luke glanced at his colleagues on this operation. There's more than fourteen people in a glance. Some were busying themselves with paper work, but the rest tried to maintain their composure and stole a few glances at his direction. Face feels like cramped, Luke started to back again on his holographic computer and inspect the design of the building that the operation would take place.

It has always been like this, no matter where the men of ADF went, they always attracted the attention of those who work in federal security. Famous for their soldiers being part of the elites of the army and acknowledged as the private army of the government, ADF was a special task force to deal with matters inside of the country while being a branch of the army and was given some special privilege.

While most enjoyed the recognition and awe of the others, Luke, would definitely be an exception. Unwanted attention meant unwanted trouble and matters to be dealt with. He would love to be a low key person. But such was a dream inside of a dream. With being one of the top 100 strongest soldiers in the army and being groomed by the country, his fighting prowess had surpassed the ordinary soldiers.

A ringtone of his communicator was rung. Pulling out the communicator from his pocket, the communicator was shaped like an AirPod and coloured in black. Putting the AirPod in his right ear, Luke waved his hand in the air and a holographic panel with a picture of a middle aged man and with the name of Jerry below it. Luke was trying to answer calmly and hiding the disappointment in his tone. No matter what reason for this call, there's only more work when the Staff Sergeant Jerry called him, "Hello, what can I help you with? Sir."

"How's your new workplace, Luke? Is it comfortable?" asked the man in a jovial tone.

Taking sight of the nearby people who talked together in a hushed voice and some girls of the police department stealing glances at him, Luke tried his best to not cringe and replied in a firm voice that devoid of hope, "It's good and everyone was friendly, Sir."

"Hahaha, as motivated as ever! I'm glad you could adapt quickly with those MPS officers. Heard their seniors had a bad reputation for their ego."

Furrowing his eyebrows slightly, he recalled the scene of the Head Officer and shook his head, "Everything is fine in here, Sir."

"Good, good." Smiling on the end of the line, the middle aged man named Jerry, lit up a cigarette as he talked, "But I'm not here only to ask you how you fare so far, Luke."

'I knew it…' Suppressing the urge to groan, he closed his eyes slowly in resignation and said, "I'm ready for any duty, Sir."

"Great. Now listen carefully, Corporal Luke." The voice of the middle aged man became heavy and serious as he continued, "Do you remember an ambush of our stationary armory post a few weeks ago? A leakage of our posts design was found and that cost us heavily. Although we had the preparator and the traitors detained. I'm afraid we have yet to uncover the veil."

Before Luke could finish his conjecture, the man said, "Two days ago, we had news that two of our ADF were found in the border of the Rosiellve Empire. Both of them carry the core parts of STD bombs."

Dropping one of the pens on his table, Luke had a blank expression on his face as he asked again, "I'm sorry, Sir. I hadn't heard you clearly. Did you just say STD bomb?"

"That's right, Corporal." Knowing that the soldier was stunned because of how serious the situation was, the man continued, "It is as you had guessed. The infamous bomb which was named after the genius mad scientist, Dickky. The Space-Time Dickky bomb."

'Yeah… Right…' groaned Luke inside as he face palmed his face. His brows furrowed more and more each time the Staff Sergeant talked about the accomplishment of the genius scientist Dickky and to what extent his creations could do.

After some time, the man said, "Luke. If both of our members had the banned weapon of the federation. You know the implication behind this, aren't you? Soldier."

Feeling his stomach churning, Luke answered with a heavy reluctance, "A mole, Sir."

"That's right. A mole." Nodding to no one, the man continued, "I have something for you to do, soldier."

Sir_Impeccable
The man’s in suit description is not adequate enough to capture his expression and form But Damnit... blood is pumping 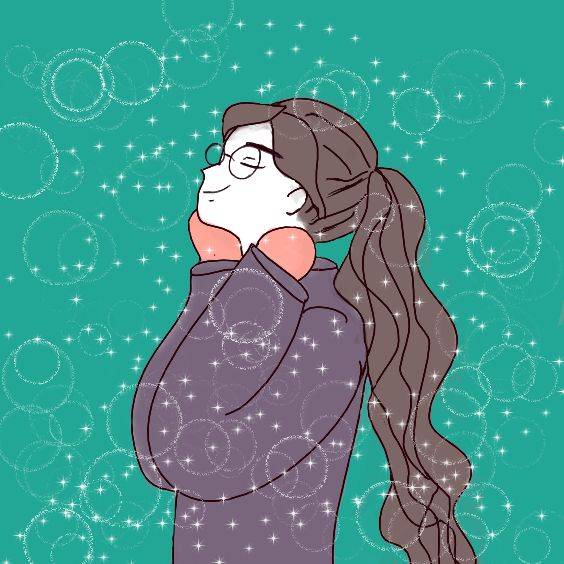