“Let’s head to where Ash is," I said to Stuart when we left the office. Early this morning I sent Ash to Elena, she will be Ashton’s companion for his makeover, he doesn’t need a total makeover because he’s already a charming and beautiful man but I want him to look presentable on the event tonight, I want everyone in the hall to get envy with me.

While on the trip I picked up my cellphone and opened the twitter application, as expected, a lot of notifications popped up in my notification tab but I didn't bother to look at it anymore, I just scrolled down one by one and looked at the posts of some alter accounts that I follow. I was scrolling non-stop when suddenly I saw the handle that Ashton is using in his alter account. He tweeted a photo three hours ago, I clicked his post to see the whole picture and I couldn’t contain my laughter seeing the photo. Motherfucker! He was obviously in a fitting room wearing a suit, a nice blue suit, he looks decent if only his dick is not sprouting out from his shiny blue pants. I can't help but think that he is one of the actors of a popular gay porn site.

"We are here, Sir," Stuart said getting my attention, I didn't notice we had arrived because I was busy reading the comments on the photo posted by Ash. I turned off my cellphone and put it back in my pocket. I got out of the car and headed to the hotel where Ash was waiting.

"Any reservation, sir?" The receptionist asked politely, it looked like the receptionist is new here because I am regularly visiting this hotel since my cousin Rex owns this.

"Zie Mendez," I replied smiling at the receptionist, I could see the shock in his eyes, I didn’t wait for his response and went straight inside the elevator. I hit the 14th floor and patiently waited until I heard the sound of the elevator door opening.

I went to Room 204, the room where Ash was, I clearly instructed Elena to take Ash here after he got ready. I can't wait to see him. I didn't knock anymore, I just pressed my hand to the lock screen on the door and the door opened on its own. The moment I enter the room, Ashton was already wearing the blue suit he posted on twitter. It seems like he didn’t notice my presence so I think of pranking him. I slowly approached Ashton, counting silently from one to three, and shouted ‘boo’ at his ear once I’m an inches away from him.

"FUCK!" He gasped in shock. Ash rubbed his chest, it looks like he was in deep thoughts so he did not notice my presence approaching him. I laughed weakly at his reaction.

"Motherfucker Zie, do you want to kill me?" He asked softly.

"If you just saw your reaction baby, it was so funny." I tease him, I saw his cheeks blush and I can't help but pinch it. He's cute. Fuck, what's wrong with me?

"Tsk, that's not funny." He said trying to act as if he’s angry at me but I bet he doesn’t.

"By the way, did you like your new look baby?" I whispered to his ears, I wrapped my hand around his waist and pressed our body until he can feel my boner poking at his butt.

"Yes, Daddy." My brows furrowed at his response, I didn’t expect him calling me daddy but damn, it sounds so arousing and seductive, I’m gonna fuck him right here right now if only we don’t have an event to attend to.

"Fuck baby, what are you doing to me?" I accused him, using a baritone voice, Ash looks at me with a curious eye. Fuck! Even his eyes are seducing me to strip him off and bend him over the table.

"What? I'm not doing anything to you." Ash said with a faint giggle as if teasing me. I just raised my brows at him.

"Don't you feel my hard cock struggling to get out of my pants, baby?" I asked Ash and put even more pressure on my pet with its leg.

"Then why don't you let it out, Daddy." Ash's innocent voice seems to be the cause of my boner, my dick is struggling to get out of my pants.

"Later baby, at the event," I replied.

"Yeah! I’m born ready." He replied while giggling. I checked the time on my watch, it was already six in the evening. I held out my arm to Ash and he happily wrapped his hand around my arm.

"Let's go," I said and we left the room. The surroundings were quiet as we made our way out of the hotel.

We are in the middle of the trip when Ashton tap my legs getting my attention, "Why are we in a suit if the event we are going to is something kinky?" He asked curiously.

"Do you prefer to go there in leather, baby?" I suggest to him. And the pictures of him wearing only leather doesn't help me with my boner problem. Damn hormones.

"Nah, I'm just asking, this suit is okay." He said rejecting my suggestion as weak laughter came out from his lips. I wrapped my hand around his waist and he rests his head on my shoulder. Silence envelops around us but the kind of silence that was very comfortable, as if it were just Ash and me, together in our world. 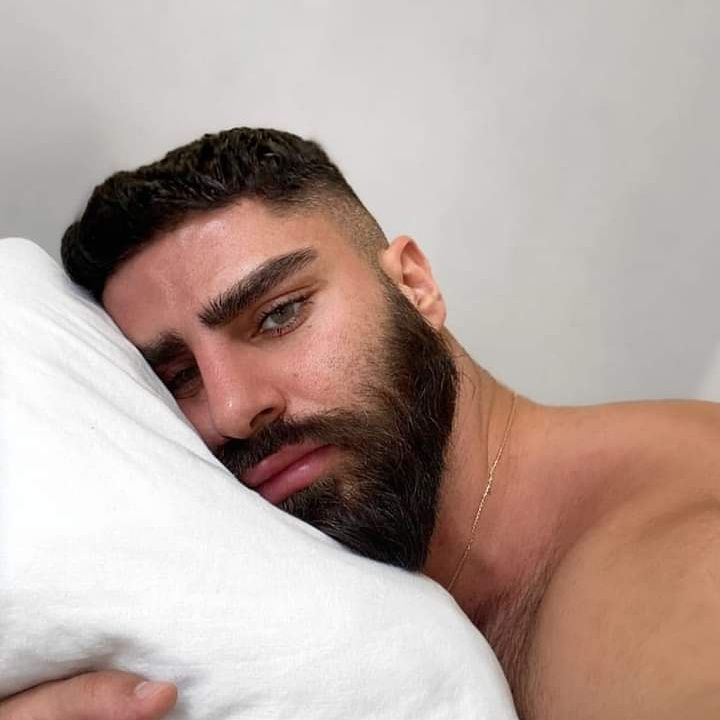 Ronan
Thank you so much. ')