The woman that walked in could have graced any billboard or magazine cover, but she was better than those two-dimensional photoshopped models. Somehow her imperfections made her perfect. There was a shyness to her, hesitation in her body movements and a softness in her voice. Her cream suit had a tailored look that was bold against her dark brown hair, her perfectly manicured nails were one of her pride. Her eyes, like the indigo ocean, were pools of iridescent blue, sculpted upon her creamy face like dazzling jewels. Strands of molten gold tumbled out of her scalp, cascading down her back like a waterfall. Cherry lips, crystal white teeth: she truly was a beautiful sight to behold.

"Darby...." she smiled as wide as she could, the face filled beyond happiness.

"Laura... What a surprise. I wasn't expecting you," he stood up like a gentleman as she offered her hand for him to kiss.

He kissed her hand and she let out a smile when he asks her to sit.

"What do you like to have?" he asked in his deep compelling voice and she seemed to be lost in it.

"You-..." the tongue slipped before she could realise and quickly cleared her throat saying, "Whatever you like to have."

He turned his face towards the secretary and ordered two coffees.

The assistant who nodded walked out of the door.

"So... Darby, are you free tonight?" she asked with a seductive smile on her face.

As he parted his lips to speak, she immediately said, "I want to treat you for dinner tonight... I am not taking an answer for no."

He swallowed what he was about to say and instead he spoke, "I would never let a lady pay for dinner. It's on me,"

And she just gave a half lipped smile.

Of course, he was Darby Rothschilds... a gentleman. He would never let a lady pay if he's around. It's against his strict rules.

Laura Martin, she was a well educated and belonged to a Cavendish family... a pure beauty she was.

Last year Darby met her in Canada in a business party and she seemed to attracted by him.

"Darby, do you remember the Canadian luck tradition?" she asked with a ghost of a smile touching her pouty lips.

Of course, how can he forget that? The Canadian Luck Tradition! According to the Canadians, the number 13 is called to be unlucky.

Thirteen is considered an unlucky number and most Canadian apartments, hotels, storage units and parking lots will not have a 13th floor, locker, or stall. Friday the 13th, in turn, is considered a uniformly unlucky day and people will usually avoid scheduling important events, such as weddings or plane trips, on it.

Everything regarding number 13 seems to have a bad impact on them. And as Darby's date of birth is 13th November... he faced some difficulty in the Luck Tradition party.

And he still regrets going there with her. Some people called him names like 'Darby the unlucky mammoth' because he was a tall and strong man.

At that time he wanted to laugh so badly but in respect he controlled it. Later when they walked out of the hotel, Laura explained to him the whole history.

"That I can't forget... the weirdest experience of my life," his face impassive as always.

"Yea, well, at least..." she shrugged her shoulders as she leaned back on the chair and crossed one of her legs to the other.

Laura knew that Darby was seeing anyone but he was one of the men who stay focused on his work rather than wasting time on relationships.

And this was her only chance to make him hers.

"Laura, why don't you go to the salon and do your services while I finish a few meetings. You'll get bored here," he, raised his head from the laptop and stared directly in her eyes.

He knew this was her weakness and she somehow was convinced to do so.

Laura gave a nod while her brows knitted and confusion and without saying further, she stood up and turned to leave.

In her mind, she was confused because she did not want to leave him.

"Also, I will pick you up at 8," he said in a loud voice before she closed the door behind her.

Dary sighed as he leaned back on the chair.

This wasn't hard, was it?

He pressed the intercom button and called Hilda in his cabin.

"Hilda, is my car ready?" he asked closing the laptop and the assistant gave a quick nod.

Darby stood up from his seat and grabbed his phone as it goes sliding in his pocket and the shades he wore just like an arrogant man.

He walked out of the office building with such pride with the secretary following him.

When he was stepping in his car, in his left was the confused woman, standing right next to her car while the driver was bowed down with the rear door of the car opened.

Darby shook his head and stepped inside when the driver closed the door of the car.

Hilda on his left side sat with an IPad in her hand as she went through it.

The car pulled over when Hilda got a call and after talking to nearly five minutes, she disconnected the line.

"Sir, the meeting is cancelled. Mr Smith is taken to the hospital because of a cardiac attack," informed the assistant.

"What do you say, sir? Should we got to check up on him?" asked the secretary politely.

"Yes, sir..." she gave a quick nod and Darby who seemed to be very unaware yet astonish, clenched his fist in anger.

Comments (2)
Amy B
Grammar is making this really confusing. I’ll give is a few more chapters to see if it gets any better 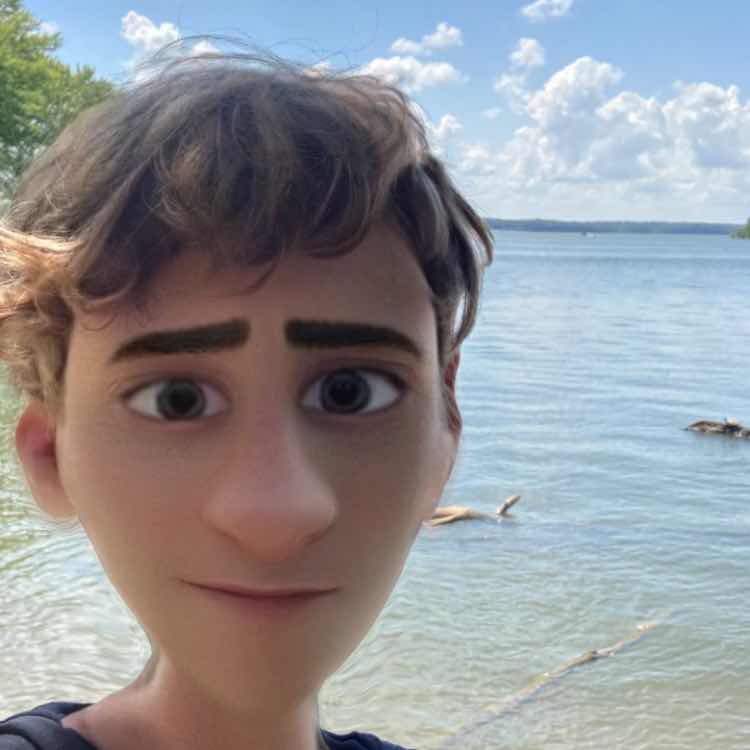 Adamantium
The grammar in this sucks. Its like it was written by Yoda
VIEW ALL COMMENTS