A furious but caring mother called from the kitchen. She kept calling until she couldn’t hold her patience anymore. Now muttering to herself ‘it's past six in the morning and this girl still finds pleasure in sleeping when she’s supposed to be preparing for school’.

Esther Cole left what she was doing in the kitchen and headed straight to the bedroom. She took a look at the sleeping figure on the bed and displeasure was written all over her face. She, however, could not blame the 10 year old girl. Instead, she blamed the untimely death of her husband, the girl’s father. She tapped the sleeping figure on the bed thrice before the girl yawned loudly and replied ‘Yes’ amidst sleepy eyes.

As soon as the girl answered, she prepared to continue her sleep but was interrupted by her mother who was visibly angry.

“Come on! Get up and get dressed for school,” the woman yelled at her daughter. “What kind of daughter still sleeps by this time of the day when her mates are getting ready for school?”

The little girl sprang up at once. She is no other person than Ayomide Cole, the daughter of late Mr. Jeffery Cole and Mrs. Esther Cole. She headed straight for the bathroom just across the bedroom. Having seen that the girl was fully awake, the woman hurriedly went back to the kitchen to check the boiling rice on the stove.

Mrs. Cole lives happily with her only child and daughter in a room and parlour self-contain. The apartment though large enough to accommodate both mother and daughter is smaller compared to the mansion they previously lived in. Mr. Cole, her late husband, was a very wealthy businessman. He has numerous mansions all over the city but all this was inherited by his brothers leaving nothing for the innocent wife.

Mrs. Cole has come to accept the change since the death of her husband, Jeffery but her daughter doesn’t seem to flow with the tide. Her husband’s family had sent them out of the house claiming she was responsible for the death of Jeffrey and also since she has no male child for the late man, she has no right whatsoever to his properties. Having no one to defend her, she quietly left with her daughter whom they presumed to be a bastard child. It’s been three months now since they moved into this new apartment and four months since the death of her husband.

“I can’t allow myself to continue dwelling in the past,” Mrs. Cole thought out loud. Just then Ayo jumped into the kitchen and announced that she had just finished taking her bath. This jolted Mrs. Cole back to reality. She was having one of her numerous episodes where she laments on her predicament.

“Which past?” Ayo queried.

“Is this how to greet?” an alarmed mother queried.

“Good morning ma,” Ayo greeted kneeling down with both legs.

“Mom! What’s this smell I’m …” Before Ayo could complete her sentence, Mrs. Cole sprang up from her sitting position remembering the food on the cooking stove. She hurriedly turned down the heat from the stove and opened the lid of the pot. Luckily, the rice wasn’t burnt but the water in it was completely dried.

“Mom, is it burnt?” a curious Ayo demanded.

“Almost.” She took a spoon from the kitchen table. “Let me dish out your food so you can eat and leave for school. You are running late.”

“Don’t forget to pack my food for lunch in school.” She pointed at the top shelf in the kitchen corner. “My lunch bag is right there.”

“I won’t FFO,” Mrs. Cole said jokingly. She served Ayo her breakfast and the girl left for the sitting room to eat.

Ten minutes later, Ayo finished eating. She joined her mom in the kitchen. This time, she was fully dressed and ready to go, with her backpack hung on her shoulder. What remained was her launch bag which her mom had safely packed her lunch in. She took the bag and stood for a minute, hoping her mom would say something but the woman wasn’t even aware Ayo was back with her.

“Mom!” Ayo called for the second time before her mom turned to look in her direction with a sigh. “Are you thinking again?”

“Thinking her mom was only worried about her, she wrapped her arms around her. “I’ll be fine, mum. Have a nice day.”

Saying this, Ayomide headed towards the exit. However, she stopped while at the door. “Love you!” – and waited for a response.

“Love you, dear” her mother said with affection. “I would be in” –

After hearing this, Ayo smiled and ran out, not waiting to hear the rest of what her mother has to say.

– “your school soon,” Mrs. Cole completed, even though she knew Ayo was beyond earshot. She sighed again, while she journeyed back to the day of her husband’s death.

Mr. Cole had travelled out of the country on a business meeting and had called her a day before he met his death, that he would be arriving the next day. The day of his said arrival was a Sunday and as usual, she had dressed her daughter in the fanciest of dress in her closet. She herself doesn't look so bad in her beautiful Sunday dress. They'd gone to church first and planned on driving to the airport after service to pick up her husband, and then head home together. But God’s plan had been different that day. She and her daughter were still making their way through the crowd in front of the church, trying to avoid frivolous talks from members and colleagues, when her phone rang. She'd picked on the first ring and that was all it took for her to collapse. Not only had she fallen but she had known at that moment that her life would soon be dust. The people she had tried to avoid were the ones that came to her aid and put her daughter to safety, while they rushed her to the hospital. On return from the hospital, two days later, she met her belongings outside with her husband’s brother now in possession of the house. They'd immediately sent her packing, not after accusing her of witchcraft and calling her daughter, a bastard. She’d left quietly without exchanging words with them. With the savings she had on her as at the time, she had acquired the place, she and daughter now called home, and started their lives afresh and from people who knew them. 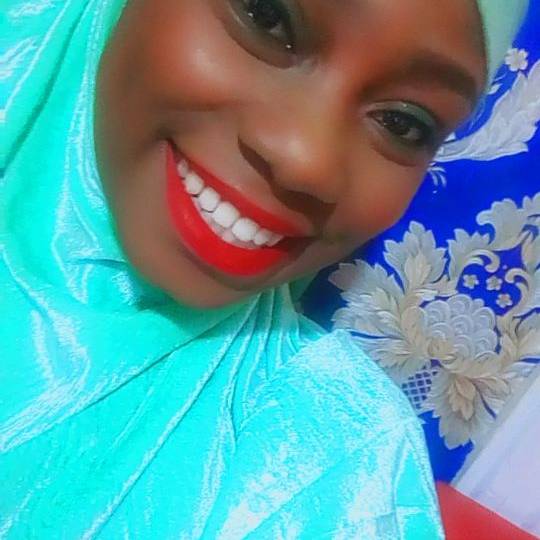 abdulsamimadinah
The main character is my namecee too, so, I'm definitely gonna read all of these ??????

abdulsamimadinah
A typical Nigeria mother can kill you with your name. How ridiculous???

Habeebllah Oluwadamilola Atotileto
Glimpse of Hope is about Ayomide, a once brilliant and studious girl, who unconsciously drifted away from her dreams into the realms of nonchalant attitude towards her academics. Read on...
VIEW ALL COMMENTS