In the darkness of night, city lights shone brighter, like stars in the universe.

Normally it was a pass for girls to hang out, parents hardly allowed late nights out. Call that my lucky day.

There was a huge line for party-goers outside the club. Fits of laughter and chattering of the crowd hit my eardrums. The smell of alcohol and cigarettes passed through my nostrils, making my wolf scrunch her nose at my choice of place. The famous nightclub among us shifters.

I was on a double date with my new boyfriend, Vick, and my high school bestie, Nathan, and Kara. Hottest & cutest couple, according to our college gossip groups.

They were dating each other for 2 years and were serious about them. Serious relationship mess.

It was all just a waste of time and energy. I preferred to chill out. That was the sole reason I was only interested in casual flings. It was safe, with no feelings, no attachment, and no need to carry the baggage of a relationship lifelong.

Tonight by my side was my new boy toy, Vick. He was handsome with bright blue eyes, blonde hair, and a messy hairstyle.

He was a foot taller than me and with his charming smile; he was perfectly my type of game. Also, he believed in no-strings business, so no worries about the heartbreak aftermath.

Inside the club, loud music was blasting through the speakers, sweaty bodies were grinding against each other, lost in lust and drugs, enjoying the time of their life.

First things first. I needed a drink to keep me sane. Vick and Nate volunteered to get drinks for us. While Kara and I settled on the black leather lounge near the bar area. Enjoying the adrenaline rushing through hearing the loud beats of music.

However, I was conscious enough to look at our surroundings to assure that nobody recognized me. After last month’s horrible incident in the witching hour (Another famous nightclub), I preferred to be on alert.

Coming from the royal family turned a curse sometimes, and the cherry on top, if you were the only heir of the great queen of werewolves and Lycans realm, Entalia.

A man at the nearest table had his eyes glued to me, burning holes in my flesh. Since the moment I passed through the gates. There was a smug look plastered on his face as he continued ogling shamelessly. He had a lean frame, tan skin, and slight dark eyes.

There was an authoritative aura clogged around him, screaming the word ‘Alpha’ loud and clear. In his lap sat a petite, blond-haired female, who was shooting murderous glares at me.

Beside them was another man, with the same build frame but the less powerful aura. I assumed he was a pack Beta.

They didn’t seem friendly to me, but I ignored the fact because I already had enough on my plate… for now.

I averted my gazes to look out for Vick, who seems in trouble maintaining his composure.

A girl behind the bar was trying her best to get his attention. ‘AAAAA! Poor Vick enjoyed girls’ attention but easily get irritated when someone tried to take control over him.

He was still new to this. He tried to push her away, but she didn’t take a clue and leaned further into his space. Sliding her arms around his neck, like a snake, Girl was kissing Vick’s neck… Whoa! It looked like Miss. Blondie was head over heels to claim over my goods tonight.

Vick tried to push her away gently, but that didn’t seem to work with that little bitch. Nate was no help either. He was quite busy himself.

I strolled toward the scene and pushed her away from Vick, a little harshly. Because being gentle like Vick was not me. She had it coming.

The little bitch hissed at me angrily. “What the- “ I cut her in mid-sentence, commanding her in a low and chill alpha tone, “Stay away bitch.”

Without sparing another glance, I turned towards Vick to ask, “You okay?”

He nodded and showed his gratitude by leaning forward, and gave me a soft peck on my lips. Keeping his arm around my waist. His lips curled up in a sexy smirk, “Let’s go-”

“Wait!” I cut him off and turned to gulp my three shots of vodka, and grabbed the fourth - last in my hand.

“Let’s go now,” I said with an innocent face. He shook his head, chuckled as turned to stroll towards our table where Kara and Nate were waiting. I follow the cue.

I noticed a man, that alpha, who was with that blond girl before. Now stood from his seat and smoothed his suit, before advancing towards me with a devilish grin on his face. I eyed him coldly. He was about to reach closer.

And I didn’t know why it made my wolf growl as a warning.

I was quite distracted by the situation when someone grabbed a hold of my wrist. My head snapped down at that giant hand. Rage surged through my veins. However, I managed to get a hold of my outburst a bit and put my drink down on the nearby table, which I was holding.

It completely pissed me off with this person who dared to pull this stunt with me. And ready to punch his pretty face to pulp. However, before I could, he started dragging me with him towards the dance floor.

He was stronger than me and took me by surprise. That was what I had in my defense. I cried out over the boisterous music, “How the hell are you!? How dare you touch-“ as I jerked my head up to see the bastard’s face. I glared into his eyes. And guess what?

My body stiffened in his arms, and somehow I felt a wave of satisfaction surged over me. What!? Did I lost my mind, or I was drunk enough to think something stupid, this extent?

Strange!! Normally I hated it if somebody tried to manhandle me, and most of the time I got into fights to protect my little inner female self-esteem.

But there was something different about him. I couldn’t pinpoint it, but something was different. I felt it. Was he my mate?

Nah! I mentally shook my head as that stupid thought cross my mind. Because I wasn’t 20 yet, and werewolves find their mate when they reach the 20s age mark.

A man was standing in front of me, staring into my dark eyes, and I could not look away from the intense gaze. It was like I was lost in the pool of his dark green forest orbs.

Call me stupid but seriously buddy, I was stuck in that moment. It was not like I had never seen a man before. ‘Come on, I'm not an alien.’

I met a lot of men and got attracted to some of them, but nothing serious because I was not looking for strings.

Now back to the present, a man stood in front of me, 6.4” tall. In front of him I felt sorry about my height, which was 5.8". He had a strong muscular frame, and I would bet there were delicious abs hidden underneath his white tailored button-up shirt.

When I was busy drinking in his god-like features. I felt his ardent gaze mimicking, scanning me from head to toe. A wave of embarrassment washed over me, my cheeks tingling. It made us equal, right?

I raised my chin to match his glare. I couldn’t help but hitch a breath. Awe stuck by the sight, my eyes registered.

His dark raven-colored hair appeared silver under the lights that shone over us. His innocent-looking dark green orbs, straight nose and sharp-edged jawline, and those damn pink lips, looks so soft, curved in a breath-taking smile.

At the moment, I knew I was walking on thin water, and if I didn’t leave right then, so I might have ended up regret doing something stupid, or I amend my rules.

‘Damn, moon goddess, you’re kidding me!? You know everything, so why are you trying to make a fool of myself?’

I quickly decided. I took a glance toward my friends, who seemed as shocked as I was. Vick was glaring at me with a hurt and angry bird look.

He caught me looking at him and started storming towards us, seeing my distress. I didn’t know why he showed a hurt expression. I wasn’t dating him for real. But I know it would be rude to leave him alone tonight.

So, I decided it was better to leave this god-sent angel. I looked back at him, careful not to look in those yummy eyes this time. I mumbled, “Pardon, my friends are waiting for me.” freed myself from his hold.

Without listening to his response, I turned away from him, but before I went any further. He held me back in his arms more fiercely, wrapped his arms around my lower back!

And once again, before I gave him an earful, or worse, broke his arm. Goddess help! He whispered in my ear, in a deep and husky alpha’s tone over music, “Don’t go. It’s about time we meet.”

My mind was trying to process his words when suddenly I felt an overwhelming warmth sweep from the hand, which he still kept against my lower back.

How could it be that a small touch could feel so magnificent and strong to set my whole body on fire, and make the time stop? I couldn’t hear any noise any longer, no high music, no sound of people laughing and talking, nothing at all. All I could hear was my beating heart, which was beating so loud and fast.

And the sound of gasp escaped from my mouth as I felt the volcanic explosion of heat erupting inside of me. Like an inferno, and then-

I opened my eyes in shock, having a terrible headache. My breathings were heavy and my heartbeats were ringing with the speed of a bullet train. I was lying in a pool of my sweat. I looked around to check my surroundings and discovered my room’s familiar pale walls and my bed.

I tried to inhale and exhale slowly as, calming myself, slowly, the realization seeped through me.

Him. Devil. Horrible nightmare of my past. My fated mate… Reet Amber
😂 yup u can guess that😉 Ghassan
Ikr... You love music a lot and I'm starting to feel this is you. 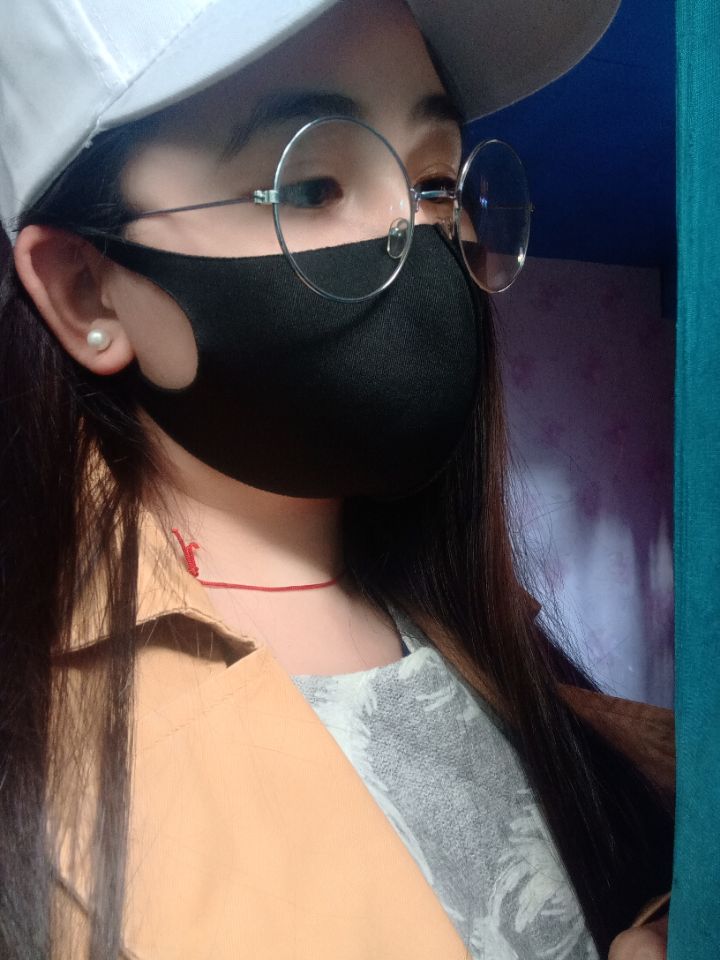