Almost nine centuries old, Ludwig had waited for his mate. He had frozen into immortality at the age of thirty-one. Since then he had been like the stones, which quietly endured the age.

His beta, Tova, a Shaman, had prophesied that he would soon find his wife. He had said that his mate would be a queen who would bring kingdoms to him and would be worthy to rule the world with him.

His Shaman had directed him to Zoe, the princess of the second most influential kingdom in the Laycae land—a woman who was approved by his family. And it happened that night, when he spent it in the woods with Zoe. She convinced him that she was his mate because only she was the most powerful woman in the whole Lykae plane. He pledged to her that he would marry her. But she had set her conditions. She wanted the necklace as a gift for her marriage.

And Ludwig—he would do anything to get it. Just to marry her, just to claim his mate.

Ludwig was a merciless assassin and a trained warrior. Lykae were the most powerful in the world of fantasy and he was the King of Lykae. He would do anything for his mate.

Ludwig couldn’t sleep at all that night. It had been seven grueling days of killing, tricking, dodging and hiding from his enemies and he knew that he was about to find the necklace.

The man who knew the place where it was kept was owner of brothels across several towns inhabited by humans. And Ludwig hated humans, he hated being with them, their mere scent frustrated him. They were lower beings, incapable of protecting themselves. Right now he was in a village, which was full of rowdy people—the village hillbillies. Oh how he loathed being here. But he would do anything for Zoe, his love, even if that meant being here with these loathsome creatures, or sleep in a barn. “Damn it!” he cursed, picking out a hay from his raven black hair.

He had been hiding in this barn for the past three days. His source had told him that his contact will be arriving here for a trade. Ludwig knew what trade. The bastard sold women to make money and forced them into prostitution.

Well, that was the least of his worries. All he needed was to ask him the location of the necklace and he would be gone away from here, forever—away from the species he hated the most. From three days he was subjected to pathetic village food, horrible brew and sick buxoms who ogled at his lithe, muscular body like hawks. Only one more day, and he would be gone. “Patience Ludwig,” he muttered.

He had to meet Maxim today. The problem was that his contact had said that it was impossible to get a meeting fixed with Maxim, so he had to take his chances. He also said that man was dangerous as hell, but then he had never come in contact with Ludwig. Perhaps he didn’t know the meaning of danger. Ludwig’s hands itched on the dagger’s hilt that he was carrying on his belt.

He had to force his way into one of the two brothels of the town to locate him. So for the past two days Ludwig had been observing and reading the movement outside the two brothels. The security around them was crazy. It had to be, considering the fact that these people protected their women like hell. And now that Maxim was coming to visit the brothel, perhaps with his new possession, the security of one of the brothels only increased.

That was the place Ludwig zeroed in to attack. His plans were set in his mind.

Wearing a leather jacket over his bare chest and black leather pants, he zipped himself up to the neck and walked out of the barn.

It was 6PM and he needed food. The soft whimpers kept him awake all night and he was irritated. He had circled the barn, the farm and even some area outside only to find the source, but there was none. As he neared the brothel, his discomfort grew a notch higher. He rubbed his chest to ward off the emptiness.

He walked to the tavern right in front of the brothel where the security had increased. Being a busy night, the place was lively with activity. Boisterous laughter and tinny music came from inside. The lights outside shone brilliantly and men were seen hovering outside. The place had limited entry, which meant that it was exclusive.

With less people Ludwig had greater chance of attacking Maxim, of extracting information from him about the necklace.

He sat down in the far, lonely corner, aloof from the prying eyes. A brunette appeared.

“What can I get for ya?” Wearing a shirt that was closing just above her nipples and a skirt that was as good as not being there, she was painted like a doll. Little did she know that she looked hideous. She leered at him as she leaned forward on his table.

“Anything made from chicken,” he replied and waved her off. Her scent was killing his nostrils.

“Some liquor? Meadà?” she asked, swaying her hips. That was the country made liquor the locals loved.

“Ok, get it,” he said, staring in her eyes. When she didn’t leave, he added in a menacing tone, “Buzz off!”

The girl gulped at his lethality and walked away from there immediately.

Ludwig’s eyes settled on the entrance of the brothel. He saw a group of four men walking inside.

Moments later when the girl kept the food on his table, she noticed him watching those four men. She said, “Maxim is getting fresh meat today. I hear that she is a virgin, hot blonde. And those four are her buyers.” She chuckled. “Imagine getting your pussy punctured by four men for the first time.”

Ludwig shrugged. None of his problems. The girl left. He chewed upon a piece of chicken and gulped down the pitcher of Meadà.

However, this was a vital piece of information. If the buyers got busy with Maxim, his chances to be with him would become even lesser. He had to act quickly. On an impulse, Ludwig got up from his place and strode towards the brothel. A plan formulated in his mind instantly. Why was he staggering so much? He cleared up his fuzzed mind and walked to the entrance of the brothel. Immediately the men out there stopped him. He staggered a little more and then almost fell forward. The men grabbed his collar and it took two of them to make him stand, but accidently a purse fell from his pocket. It’s loose string opened as soon as it impacted the ground and the contents chinked out – gold coins.

Ludwig gathered himself and started to collect those as the men gazed with greedy eyes. When he rose to his feet, he told them in a slurry voice, “I am a b— buyer for the f— fresh meat.”

They looked at each other. Perhaps a last minute entry and a loaded one. The girl was indeed popular.

They allowed him the passage to Maxim. He smiled at all of them as he walked inside with daze. A man accompanied him and took him to a small room. He left him over there and walked back. On the way he informed the in-charge about the new entrant.

Ludwig gazed around the room—his Lykae sense working overtime. He had staged a good show on the outside. Foolish mortals. They loved the sight of gold, of money.

The room was painted in a light blue and the only solitary window that it had was draped with a black curtain. All of a sudden the same moan filled the atmosphere, this time only loudly. He shot up to his feet. Like a trapped animal, he ran from one wall to the other and pressed his ears to trace the source. The painful whine was accompanied with a sob. It killed him from the inside.

His claws jutted out uncontrollably. He wanted to rake the walls of the room with his claws and reach the source of the agony. “Who is there?” he asked.

His world rocked as if he was hit with a seismic sea wave, when the sobbing sound increased. He heard someone fighting against the iron chains, perhaps manacles. Not able to contain himself, he opened the door of the room open. Outside, the men and women looked at him as he walked tall amongst them. When they saw his claws, he heard shrieks.

“Shit!” he said to himself. His gaze focused on the sound. It was coming from a room on the right. He sprinted to that room and banged it open.

His pursuit of interest was sitting right over there, shackled in chains, her golden hair falling around her bare shoulders, her silk smooth skin exposed in the scanty dress.

She looked up at him with blue eyes filled with tears.

—Protect her. His instincts cried—

Bella Jersey
How do you shrug your shoulders about some virgin about to be raped by 4 men? 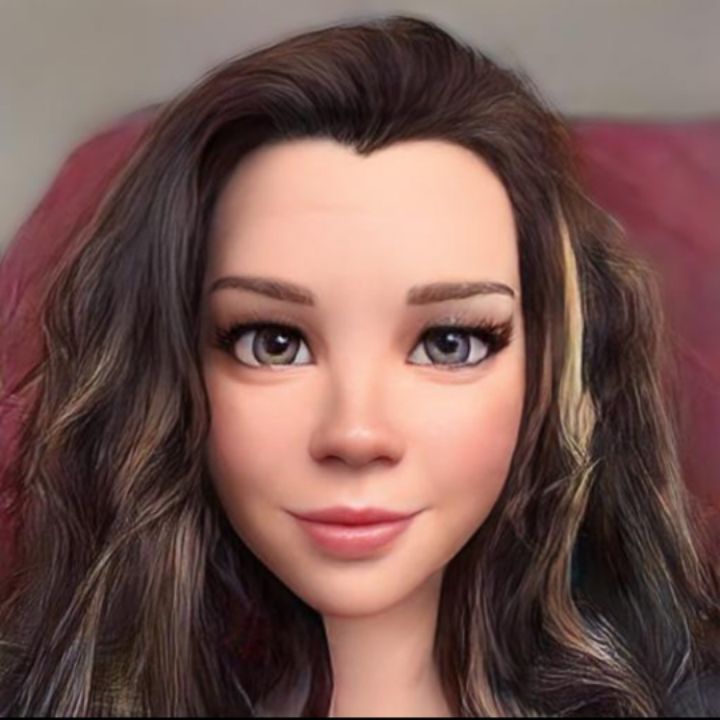 Nymeria
what are Lykae? Do you mean Lycan?