I had just entered the campus environment when all prospective new students entered a long and vast field. I felt torn between sadness and pity whenever I saw some prospective students running fast as if I would not be alive after being punished by the head chancellor or by a new student advisor like me

I was a prospective in an old university in the Gwanak-gu area. A university that is the target of all students because the university I chose is the best and has the best ranking in Korea. Even from the sixty thousand prospective students and students who apply, there is only a one per cent chance of being accepted by Seoul National University.

It was a fortune for transfer students like me and Han Guangjun to be accepted there thanks to a Taekwondo martial arts champion’s charter last year in Busan.

“Hey, you! Are you a new college student?”

I turned around when I heard a student with a rather striking outfit calling me — on that person’s neck was a black ID cardholder with a blue stripe.

“Put on your ID cardholder, or I’ll punish you now,” The orange blonde-haired man growled.

“I didn’t bring it with me; it might be in my car; I didn’t stay at the campus dorms, so—”

“What’s your major?” Repeatedly this man stopped me.

“I'll be late, if you always ask me like that, I’m a new college student on this campus and don’t understand what I should and shouldn’t do,” I replied with a bit of frown.       “Okay, please come in. Use your ID card holder properly; in front of there is a door with an ID card scanning machine. You won’t be able to enter if you don’t bring it with you,” said the man and then turned to several other students.  I just shrugged and continued my steps towards the classroom, sticking my hands into the jacket pouch made of thick knit fabric. A few steps from the stairs were a wide door with an identification scanner, as the strange man had said. However, I will never forget my card hanger, which looks very feminine. After the door opened, I immediately entered and saw a map sent by Han Guangjun just a moment ago.

I always get overwhelmed wearing double clothes during winter. I was silent, hearing footsteps behind me. Even though I didn’t see anyone walking down the hall as far as I could remember, I sped up my footsteps to get away from him, but the footsteps behind me were also swift. I shudder with horror at the thought of what I would see when I looked back. I kept on spurting my pace, not paying attention to what might be a big trap for me. I wanted to run, but unfortunately, I was once again the unlucky person. I saw the ghost was standing, expecting me.

The ghost I haven’t wanted to see for a long time. Now, this ghost was looking at me with eyes full of anger. Fresh red blood flowed from The Ghost eyes on her pale white face. I know what the ghost wants. The ghost approached at an erratic trajectory; it looks like something broke both of it legs. I slowly retreated to avoid the terrifying ghost’s gaze. I choked when I noticed that a four-centimetre mound of steps sent me slipping. All I can do is close my eyes and hope that I won’t be unlucky for the third time today.

“Miss, are you okay?” I opened my eyes, then realized that I was in the arms of someone I didn’t know.

I was stunned and quickly released myself from the man’s embrace — looking awkward because many eyes were glancing at me this time.

“You're walking too fast, regardless of the road conditions. Next time go slower; every morning, this hallway is mopped up by the janitor; if you’re not careful, you could sprain." The man said as kindly as he could.

“Hum ... I know, thank you very much for the help,” I replied indifferently yet, still trying to bow respectfully.

“Are you sick? Are you hurt? I will take you to the medical room,” added the man.

“No need! Thank you for helping me, next time I’ll be more careful." I continued on my way swiftly, ignoring the man’s request while continuing to offer me more help.*** “Ni hao!” I slammed my backpack on the table as I greeted my two friends.

Guangjun was chatting with Lee Hyunseon, a Korean-Japanese girl obsessed with becoming a wealthy businessman. The two of us only became acquainted with him at the registration of a transfer student from a neighbouring country — because Lee Hyunseon hadn't yet decided to choose her nationality status even though she was already twenty-two years old.

“What’s wrong with you? Is there a problem?” Asked Lee Hyunseon.“Nope.”“Then why is your face messed up like the clothes that haven’t been ironed?” asked Guangjun then.

I took a deep breath. “I’m fine. There’s nothing strange in my life.”

Guangjun, who had known me for a long time, couldn’t take it for granted. He pulled out his chair and sat right in front of me, who was busy fiddling with the smartphone. I realized that if Guangjun asked me for an explanation, it might be because Guangjun was afraid that I would experience unpleasant events when I just set foot on this magnificent campus. Guangjun and I were like brothers; our parents knew each other very well, which prompted my mother’s approval to go to college in Korea.

“Have you seen that ghost again?” asked Guangjun with great curiosity.

“I didn’t see anything, so calm down.” I remain evasive, not wanting my two friends to become bodyguards all of a sudden.

I’ve always had bad experiences with the two of them a while back. Right now, I don’t want to drag anyone into my world, a world that I hate. Sometimes I want to ask God why it gives me an advantage that makes it impossible for me to live. I always complain about that. Yet if it weren’t for my parents always demanding me to do good with the gifts I have. I can’t even understand what I’ve been doing during these twenty-two years.

“I know what you see.” Hyunseon then turned to Guangjun and me. “One day, the kids were talking about evening class.”

“What it is?” asked Guangjun curiously.

“I’m not sure how because I’m not a very good listener, but I overheard their conversation about the evening-class terror that lasted half a month.”

“Yes, what terror?” Guangjun grew impatient, waiting for Hyunseon’s story.“One of them said ... the mysterious student was always interrupting lessons, which started at nine in the evening and lasted until three in the morning.”“Are you kidding me? The three of us are in this room.” Guangjun stroked his neck.

“I’m not kidding; that’s what I heard from them,” argued Hyunseon later.

“Maybe it’s just students who like to mess around,” I said later.

“I don’t see anything because I already have this talisman bracelet,” I reveal a silver bracelet with ancient Chinese characters on my right wrist.

“The point is don’t take off the bracelet, or you will be targeted by the ghosts,” Guangjun muttered later. “I always remember messages from Aunt Huang.”“Then what about this terror, Hyunseon?” asked Guangjun Hyunseon later.

Hyunseon chuckled, a sign that she wasn’t more specific that terror only happens in a night class. Then Hyunseon stumbled to pull her chair back to its original place.

“You've to ask students who know better about this,” repeated Hyunseon.

“The problem is that ... I don’t speak Korean fluently,” said Guangjun.

“That’s why I told you to take Korean lessons; if that’s the case, which will help you?” I asked then.

Guangjun just chuckled while scratching the back of his neck, which didn’t itch. A moment after silence broke between them, a chair in the back row suddenly moved by itself. Immediately the three of them felt shocked; the three of them looked around the room as their chairs moved. Guangjun shuffled and winked after learning that there was nothing there.

“What  happened? Are there ghosts here?” asked Guangjun in a trembling voice.

“I don’t see anything here,” I replied and then tried to look around the room.

“Maybe the ghost who terrorized the night class overheard the conversation of the three of us and wanted to teach us a lesson!” shrieked Hyunseon in panic. 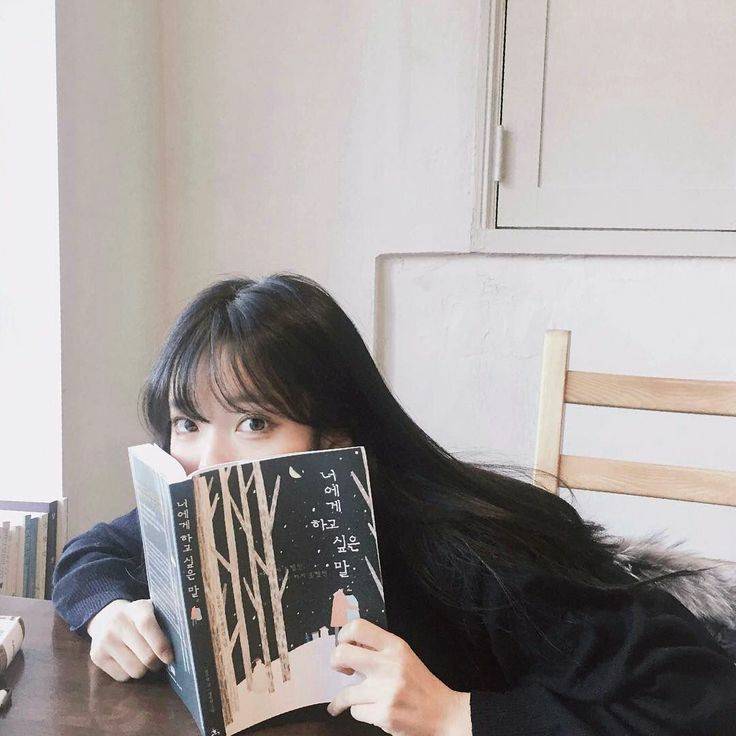 I will revise it, please read slowly