It all started with a girl named Hira Callan, entering my life.

Let me take you back a few years ago...

THE NIGHT SKY, VOID of any stars, embracing a deep blue hue, the moon illuminating within the room.

The glow of the television provides the primary source of light, brightening the surrounding with pale blue light.

Series of snippets, various interviews, and a headline at the bottom reading, 'School Shooting, this month for the state of New York," urging a sense of panic to surge through my mind.

Eyebrows furrowing, a feeling of despair settling in the pit of my stomach as the segment continues to provide more details.

A shrill noise sounds, effectively blocking out the low murmurs of the television. The ringing of the burner phone catches my attention as I jump into action, halting the ringing and raising the device to listen.

"Agent Wave," the monotone voice continues, "you are urgently needed at the agency, at this very moment."  My real name's Allister but they call me Agent Wave. Being a top agent is an honor given to me by the Cypher agency. And I'll never fail them.

Confirming the time of my arrival, I headed to the garage, grabbing a gun and keys, raring the engine I accelerated through the streets of Downtown Phoenix.

Making my way to the top floor, I see the director of Cypher, Leonard Martins, as he paces the length of the hall.

The sound of my footsteps as I make my way towards him grabs his attention. Relief flashes through his dark brown eyes.

His tone is wary as he begins to narrate the situation as we walk towards his office, shutting the door.

"You will go under the alias of Harris Miller, orchestrating a rescue mission," he starts, "for a former agent, Theodore Callan's daughter. There was a recent attack on him by unknown sources in attempts to gather information, but I’m assuming it's definitely the K-9 group. As a result of this event, Theodore is dead, it is now your job to bring Hira back safely."

"You will be on a flight to Australia, at 0030 hours, pack only the essentials from your office, and be prepared for anything."

Leonard then begins to state the rules and regulations, as he does so before each mission.

Do not assume anything.

Do not trust any individual.

Blend in; go with the flow.

Do not go against your gut.

Change your routine and stay within your cover.

Do not look behind you; you are never alone.

With the six rules engraved within my memory, I head towards my office. Finding the debrief of the mission - along with a fake passport, a tracking device, and a new burner phone on the desk - I begin to pack the belongings, along with spare clothes all kept in an attached closet.

Minutes turn to hours as I busy myself with crafting a backstory for Harris Miller. As the clock strikes midnight, I leave the office and find Leonard - Mr. Martins - exit his as well.

He walks towards me, handing me a card.

"Since you cannot bring any weapons on a commercial flight, this is an address to one of our firearms suppliers. Ask for the Queen's Diamonds," he concludes, "be safe."

With farewells, I leave, making my way to the Phoenix Sky Harbor International Airport. Passing through security, making it to the gate in time board the flight, and wait in the slow-moving line to board the airplane.

Once seated in the plane, I out in my headphones, gazing out into the city, illuminated by the moonlight. The rest of the time spent similarly, with my eyes refusing to shut, staying alert throughout the entire journey.

The plane touches the ground at the Adelaide International Airport, as the sun shining bright, the sky bare of any clouds.

Going through security once again, exiting the building, hailing a bright yellow cab, I provide the driver with the address.

The car steers away from the airport, making its way onto the freeway, switching lanes, going through traffic, driving down the roads as it reaches the heart of the city, and pulls to a stop right outside a public library.

I thank the driver, providing him with a hefty tip, and make my way inside. Passing an image that depicts the words, "knowledge is power.'

Catching onto the irony, I go further into the building, coming to a stop towards a middle-aged woman sitting behind a desk, the head librarian I suppose.

"Welcome to the Adelaide Public Library, how can I be of any assistance?"

"Do you had a copy of the Queen's Diamonds?"

The cheerful expression dimmed, to one of understanding as she processed my request.

Getting up and walking around the desk, she mutters, "Right this way."

Following her through the different bookshelves, going in through a storage door leading towards a staircase, I walk down, entering the hidden floor.

With the yellow light illuminating the room, I see a wall holding various types of firearms. Shotguns to revolvers to rifles, decorate the wall.

"Take your pick, and exit through the set of stairs on the other side, good luck," that she walks back up to the library.

Walking towards the weapons, selecting a .375 magnum revolver, tucking it in my jeans, making sure the leather jacket is covering it before I approach the other staircase.

Going up the stairs, entering the light, I notice that the library entrance is down the street.

I hail another cab and make my way towards the hotel where - Hira - Theodore's daughter is staying.

The mustard yellow motorcar makes its way down the street, cutting into traffic, moving at a faster pace, making the ride seem short, and coming to a stop in front of a sleek hotel.

Once outside the room, I hear a crash followed by muffled shouting. Jumping to action, holding the revolver in my hand, I begin to break the door down, taking multiple hits before the wood gives away with a groan.

The hotel room is a chaotic mess, with the lampshade broken, the glass surrounding the carpet floor, and shades pulled down off the rod, lying on the floor.

In the center of the storm is my damsel in distress - Hira - attempting to fight off her intruder, as he has a knife to her throat, limiting her movement.

The noise of the door falling, made them both look towards me.

"Who the fuck are you," the voice muffled, from behind the mask he wears.

"I don't want any trouble," I walk further into the room, keeping the gun aimed towards the masked stranger.

"Don't come any closer," he says, as he digs the knife deeper into her neck, drawing a line of blood.

Hira stomps on her attacker's foot and slams her head back into his, effectively distracting him, as I stalk closer, twisting his arm behind his back, pressing the head of the gun against his head, and pulling Hira to be behind me. There was a bit of distrust and confusion with a mix of panic in her eyes, but she had no choice but to go with the flow.

“Harris Miller?” She asks, confirming everything. Giving her a slight nod, she seemed a bit relieved and her eyes teary.

"Who do you work for?" I asked the enemy.

I tighten my grip on his arm as he spits, "I'd rather die."

"That can be arranged."

I draw a line from one side of his throat to the other and push the body to the floor.

Turning towards Hira, informing her of my boss, explaining the plan to get her to safety, and get her to pack her belongings while I cleaned the mess.

Hiding the body underneath the bed, checking the room and the hallway, and wiping away the blood from my hand, we exit the building.

Heading towards the motorcar, I help her set her things in the back, and let her know to guide the car to the airport.

My eyes, scanning our surroundings, disposing of the gun before entering the airport, watching every individual as we walk through towards the boarding area.

Having arrived three hours before the flight, we take a seat in the waiting area.

She's been quiet ever since we left the hotel.

Pushing a lock of her hair behind her ear, she responds, "No, but I will be," and she drowns out the world with headphones.

The rest of the time passes in quiet, as we board the plane.

The night sky shines through the glass and as the plane moves to the sky, Hira rests her head on my shoulder as she drifts off.

"You are safe now," I whisper.

Now in the present time, I shouldn’t have accepted that mission. Everything became a disaster the moment Hira Callan entered my life. My life changed.  It is her birthday right now, and we are currently celebrating it. Her friend Cade suggested it and Mr. Leonard Martins was going to reject the idea, especially since we are agents and adults.

We could have used this time to think about our missions but I don’t know what got to me but I persuaded Mr. Martins to accept it and celebrate Hira’s birthday.

I spotted her brunette hair from a distance and made my way towards her. I wore my special black suit and gelled my wavy hair clean.  She noticed me instantly and formed a sweet smile, “You look good in that suit, partner.” She playfully winked, teasing me.

I chuckled, eyeing her up and down. She was wearing black ripped pants and a white tank, her usual outfit when she’s not on a mission but fits her perfectly, her figure was emphasized.  She noticed my staring but she just smirked. I pulled her close and leaned down on her height, whispering the words, “Do you want your birthday gift, little kitten?”

She smiled at the words but sniffed the air, cringing in playful disgust. “You’re drunk

“No, I’m perfectly fine, Hira,” I replied, saluting to her, my vision becoming early from the tequila I drunk from earlier.

Her eyes twinkled as she grinned,  “Really? Let me see my gift then.”

I pulled her in, even closer, to the point where I could feel her cold body hugging me. I could feel my breath hitting her lips, arms moving, trapping her between the table and me, I gazed at her eyes. I’ve been dying to get closer to her all these years. Pools of copper brown move from her eyes and fall on her lips, making her swipe her tongue across the bottom.

I licked my lips at the sight. She’s irresistibly gorgeous.

Using my arms, I slowly pulled her towards me, my lips meeting hers.

As I am kissing Hira, I may tell you that I am regretting it but deep inside of me, I know I’m lying. I am truly happy.

She’s a strong girl, that’s why I like her. And I’ll always protect her no matter what.

But is it bad that I, her superior, does not want her to experience hell, tie her in my bed, and protect her from the rest of the world?

If only she knew how dangerous she is both for my heart and the world..

But I’m not going to tell her the truth. Not now. 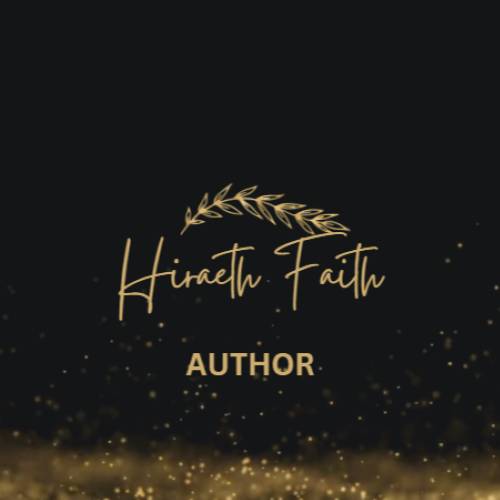