She doesn't stare long and quickly sets her attention on Blake. He didn't look surprised to see her here. I wasn't either, I don't think any of us were.

She plops down on his thigh, one of her hands coming around his head to draw him forward. Her shiny bright red painted nails mock me as she tenderly touches his jaw.

A second later their lips are molding together and suddenly a wave of jealousy swims through my body. My gut twisted at the sight and I quickly look away. I could feel my skin prickle,like tiny stabs of needles piercing my flesh.

Either it was from hatred or it was from shame. Shame that I was jealous. I shouldn't be, I had no right, afterall she was his girlfriend. I hated it, hated that I couldn't control it.

I find myself excusing myself to go to the bathroom. Excuses excuses. My conscience mocks me. They didn't seem to acknowledge me, not that I cared. Or maybe I did because I felt a stab of hurt when Blake continued to suck her face.

It should be normal, I've seen them done it multiple times. I should've gotten used to it by now. But I could never find myself to. Maybe that's why I've gotten addicted to reading erotica novels, my life certainly lacked the romance.

I pushed the chair away as I got up. It was only when the chair made a scraping sound did Blake pull away. His lips are raw, red and swollen. My heart constricts at the sight. I move my eyes away from them, finding it unbearable to see him enjoy kissing her.

His brows are furrowed as he scans my body. "Where are you going?"

For one I wanted to bolt away from there, finding it difficult to stay here any longer. But it would only raise suspicion. I did not want him to think that I had a problem with his girlfriend. You do. Yet again the little voice in my head makes an unwelcoming jab.

"I'm going to the bathroom." I told him for the second time. If you weren't busy sucking her face you would've heard me the first time. I wanted to mumble sarcastically, god I wanted to so bad.

But I refrained, there wasn't any reason to give him attitude. It wasn't his fault, it was mine for liking him in a way that I shouldn't have.

He nods and Stacy rolls her eyes before bringing his lips back to hers. I look over at Ryan and he makes a fake gagging noise that has me chuckling. "Order for me would you? You already know what I like." I directed it to Ryan. But it wasn't his voice that answered.

"Yeah hotdog and fries with ketchup on the side because you hate it on the fries." Blake says detaching his lips away from Stacy's. I could tell she was annoyed but I couldn't help feeling the bit of rush from knowing that I got under her skin.

I smiled, cocking a perfectly arched eyebrow. "You're missing something."

He rolls his eyes. "Oh how could I forget a large banana chocolate milkshake."

I laughed and head to the bathroom. As soon as I was alone in the stall, the tears I had desperately tried to keep at bay rolls down. I sniffle sitting down on the closed toilet seat.

I reach for the toilet paper beside me and used it to dab the moisture away from my eyes. Why was this so hard? Blake was my best friend, I shouldn't be jealous that he has a girlfriend.

But I was and it was getting hard to keep it hidden. I had always had a crush on him, the boy who was my first friend. The boy who wasn't afraid to fight off my bullies in the ninth grade when Ryan wasn’t there that day to help him. The boy who unknowingly stole my heart and never gave it back. But now as I'm thinking more about it, it doesn't feel like a simple crush, it feels more.

"Did you see her?" A girl giggles as the bathroom door bangs open. A second later heels clack against the tiled floor nearing my stall. I stiffen my feet pulling up on the bathroom seat.

"Yeah what an embarrassment." Another female voice cackles.

My eyes drop to the tiled floor watching as their shadows disappear. I would've sighed of relief if only they had actually left the bathroom and let me wallow in my self pity.

"She's such an attention seeker, did you see how Blake was holding her? The girl literally acts like a damsel in distress just so she can have them wrapped around her finger." One snorts. The voices are near.

"Yes it's so embarrassing that she tries to latch on to a guy who's already taken. Such a shame that Blake only sees her as a best friend."

My body grows cold.They're talking about me.

The other girl cackles, the tone irritating to my ears.

"She's such a loser. I'm sure Blake and Ryan are tired of having her follow them around." One snorts followed by laughter. My eyes began to blur and I blinked away the incoming tears.

"And she's ugly too with those dumb glasses. I would be ashamed to be seen with her." One giggles. Their words feel like a slap in the face,brutal and unforgiving.

I swallowed my bitter anger at their words. A few traitorous tears had managed to escape so I wiped the skin underneath my eyes angrily. I hated showing weakness.

I move off the toilet softly to not alert them of someone being there. But a little part of me knew that they probably are aware that I was in here. My slender fingers touch the walls of the stall as I peek through the slit in the bathroom.

I spotted a blonde and could barely see the other one. The blonde was busy applying lip gloss on her already looking sticky and shiny lips. I sighed bracing myself for the unavoidable outcome of this interaction when I get out of the stall.

I opened the door taking in their feigned stunned faces. They definitely knew I was in there. The brunette that I couldn't see properly a while ago stares at me with her brown eyes. A sly smirk crawling on her red stained lips.

"Oh Ashley is it? Sorry that you had to hear that." Her lips pouted and her blonde friend cackles. I narrow my eyes. I knew them, they were in my calculus class.

We've never talked before, in fact I thought I was invisible to them. No one cared to know me. Everyone just thought of me as Blake and Ryan's bestfriend that followed them around.

I breathed out in annoyance. "Stop with the fake apology, we both know you were aware I was in here." I said, calling out her bullshit.

Tyler Thomas
loving it ...
Jaszmin Lam
I was thinking the same 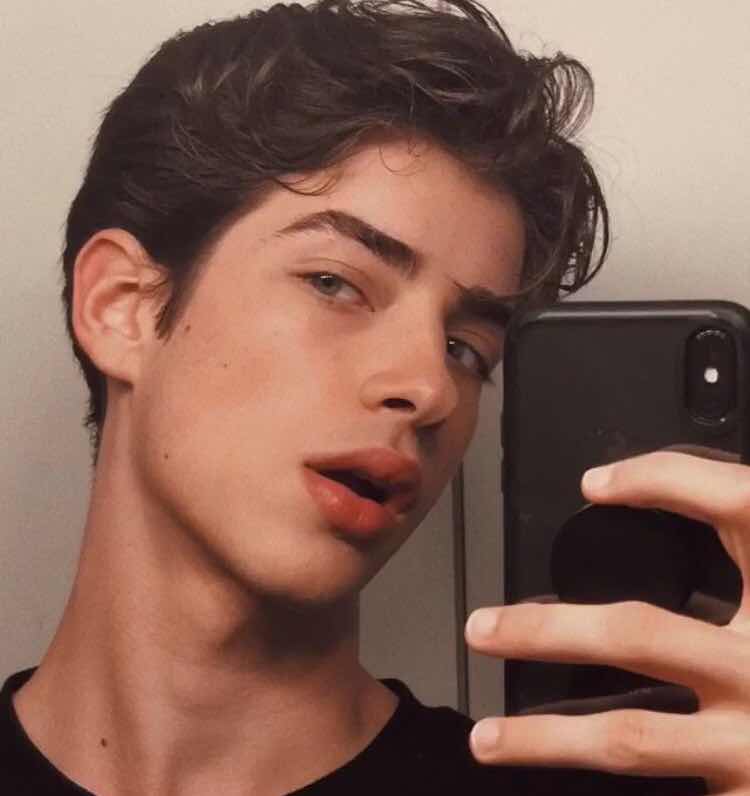 Lucy
Why is she kinda insecure like the main female lead :/

Jonalina Galate
she needs a little make over
VIEW ALL COMMENTS