It was the girl from the food stall that Warren 'met' that one time he almost scorched her with his coffee.

She didn't look as aggravated as she seemed then, but nor does she look very friendly.This man did almost ran her almost into the ground."I'm really sorry Miss. I didn't see you there," Warren said as he avoided her gaze."Forget about it. Next time look where you are walking," she said.Warren could only nod shyly as he quickly left without having to explain himself any further.As he left his phone suddenly rang. It was a familiar number and the name that appeared. He answered and said with a polite voice "Hello Aunt Joanne. How are you?""Not too well. Your uncle isn't feeling too well. I am just wondering when you can come around to visit us. He has something he wants to share with you."Warren could hear in his aunt's voice that something might really be wrong."I'm not sure when I can go home Aunt. I'm a little low on money and a plane ticket costs at least 2000 dollars. I'm afraid I don't have enough to return right now," Warren confessed embarrassedly.His aunt could hear that he wasn't lying and said "We will make a plan. Just be ready for the call."Warren and Joanne talked for a few more minutes, before they finally hung up.Warren's heart grew more heavier after he received the call. His Aunt Joanne and Uncle Geoffrey raised him as their own. He lost his mother when he was only 4 years old and never met his father. His aunt and uncle were the only parents that he remembered. After almost 18 years, he still feel as if he shared more of a bond with his aunt and uncle than his mother. He can only remember bits and pieces of her. Her curly brown hair and gentleness faded further and further as he grew older.Warren decided that he would save more money in order to afford the plane ticket back home, since it was nearly 1000 kilometers away from where he was studying.As he arrived at the dorm, he played a few games and then went for his afternoon nap. Later that day he had a programming class that he wanted to attend, although he might be the only one there since the rest of the students might still be at Lauren's lunch.3 o'clock in the afternoon,  Warren arrived on campus and headed straight for class. Luckily there were fewer students who gossiped about the gawking geek and he rather enjoyed the limited attention that he received.After class he was heading toward the computer laboratory when he received a message.'3000 dollars  has been paid into your savings account.'He stared rather puzzled at the message when he received a phone call.It was from his Uncle Geoffrey"Warren, I just sent you the money for the plane ticket. Book it as soon as possible .I am waiting for you back home. There is something important which I must give to you."Warren was surprised, since he never heard his uncle sound so nervous. It was a nervousness that stemmed from guilt, but little did Warren know this.Just as he was about to respond, his uncle dropped the phone.Intrigued by the phone call, Warren immediately booked his ticket to venture the route back home. The ticket was for the following day, departing at 12 o'clock noon.He arrived at the dorm and only packed the essentials. He packed rather lightly, since he didn't plan on staying for a while.Since Samuel didn't return since the morning, he left a message for Samuel on the fridge, saying that he would be back next week and that he didn't need to worry too much about him.Early the following morning Warren hailed a cab towards the airport. As he boarded the plane, he felt an unusual nervousness in his heart. He couldn't shake the feeling that something might have happened to Uncle Geoffrey. Why did he sound so nervous, and why didn't he even give me a chance to say something?There was no use dwelling om this matter too long. After all he had a little under 4 hours for the flight to arrive in Wellington.At 4 o'clock in the afternoon he arrived at Wellington and was greeted by his aunt waving a placard with his name on it.Warren hurriedly approached her and hugged her, since he didn't see her for more than 6 months. During this period he had to donate all his attention to his relationship with Jennifer, he didn't even have time for his family. He could see his aunt has lost weight, and he felt partly to blame for it. Since he might be the reason that she worried top much."It's so good to see you again. Do you know how much we missed you, Warren?" she asked with a smile on her face.Warren could only respond "I'm sorry Aunt. I was rather busy. How is Uncle Geoffrey? Is everything alright?"The questions came one after another, but Aunt Joanne could only force a smile on her face as she said "Your uncle will tell you everything in due time. First come home, clean up and eat something. You have lost a lot of weight."Warren could only smile as he thought 'I'm not the one who has lost weight."Aunt Joanne brought him to their little house on the outskirts of Wellington. The neighborhood was poor and they were no different. The house that they live in was small, but it was brimming with love.That's how Warren remembered it, but upon entering he could immediately feel that something has changed. The cosy atmosphere was gone and it was replaced by an unfamiliar tension hanging in the air.
Comments (6)

Pema Gyeltshen
can you are in the same way as the one I have to do so
maeghan33
Why is the aunt holding a placard with his name in it at the airport? They raised him. They know each other. 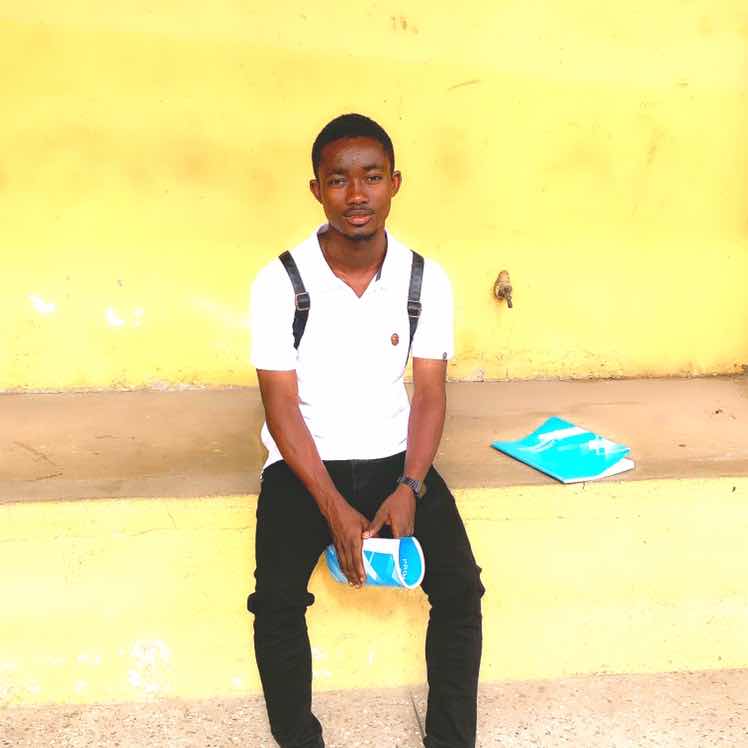 Rex Toledo
thanks...am getting curious about this novel.
Patrick
Hope the progress of the story will be a good one