Devin, Charlie, Zak, and I have been best friends since the womb.  As the children of our pack’s leadership, we were brought up as close as siblings.  This was even more true because we were all born within six months of each other. Zak and I were always together, learning how to lead our pack as the future Alpha and Beta.  Charlie and Devin, as the children of our Delta and Gamma respectively, were around the majority of the time as well, but Zak was my constant companion.  He was the first one that I came out to, the one that helped me through all my break-ups, and the one who held me together when my mother and sister died in a car accident. He was my best friend and my first love.

The only one who came close to my feelings for Zak was Charlie.  Her real name is Charlotte, but she hates that name. She’s been Charlie since she was three.  It was a nickname from her grandfather and she wouldn’t respond to any other name.  Charlie was like a sister to me until I turned thirteen and noticed how beautiful she was. Her raven black hair flowed in gentle waves down her back and perfectly framed her olive toned skin and gray eyes.  Charlie’s petite frame was lithe and curvy, her full breasts and hips giving the perfect amount of femininity to her slim, muscled body.  Her full-lips were always in a pout, one that I have fantasized to have wrapped around my dick so many times I can’t even count.  She is honestly the only reason I am bisexual instead of strictly gay. Her vibrant personality, amazing sense of humor, and kind heart made her the total package. Those qualities only became more evident when she became Luna when she and Zak realized they were mates.  That happened three months ago on Zak’s 21st birthday.

At 21, we werewolves are able to find our mate.  Our life partner. The other half of our soul, specifically created for us by the Moon Goddess to walk with us through whatever trials life puts us through. This is when wolves come into their full strength as a were. Though we have our first shift at 16, those intervening years are used to help us learn to control our wolves, learn how the moon’s cycles affect our bodies, hone our abilities, and build strength within our pack. On the dawn of our 21st birthday, the Moon Goddess bestows on us an ability. Nothing magical or mystical, but an ability that we specifically will need to help us through the path that was chosen for us. Things like benevolence, keen sight, tactical skill, even cooking acumen, will become evident in our personalities. It makes great wolves even greater.

Charlie’s birthday was the first out of the four of us, being a New Year’s baby.  She didn’t find her mate right away, which isn’t uncommon. Most wolves find their mate within the year after they turn 21. But the ability that she gained from the Moon Goddess was a fierce protectiveness for those she loved and those weaker than her. She was already a formidable fighter and tactician, being the daughter of our Delta. This protectiveness drove her kindness and fighting instincts even deeper.  She beat the shit out of a man that was sexually assaulting a woman at the mall and ran into a busy street to grab a child chasing after a ball. It was the perfect gift for the Moon Goddess to bestow on the future Luna of our pack, though none of us knew that at the time.

Zak’s birthday, March 3rd, was a day for much celebration. He took up the mantle of Alpha on his birthday, having spent the last three years slowly taking over jobs from his father.  Though he was well-prepared for the title, he was nervous and felt that he would be giving up the best part of his youth to the pack. Understandable, I guess. But I personally thought that he would be an amazing Alpha, as did many in the pack. His leadership skills were unparalleled in a generation. He had been negotiating the business dealings of the pack since he was 16 and his sense of justice provided fair judgment in every situation from rogue encroachment to childish squabbles on the playground.  His gift from the Goddess seemed to be a profound sense of humility, making him less arrogant than other Alphas.  It made other packs seek him out for help and had gained us several alliances from powerful and prominent packs.

On the night before his 21st birthday, Charlie, Devin, and I took him camping in the woods. He was so keyed up about the ceremony the following day, that we had to get him out of the pack house. Of course, we had to promise the alpha and luna that we would be back by lunch.

We typically tied bags of clothes to our legs, then shifted into our wolf forms.  We raced each other to a waterfall that we frequented on our territory, though we all knew who would win.  Zak, as the Alpha apparent, was the strongest and fastest of all of us.  Our only hope was trickery and a good head start.  So, while Zak was undressing and tying his pack to his legs, Devin, Charlie, and I shifted while still in our clothes, ripping them to shreds.  We grabbed our packs in our mouths and took off.

“Not fair, you bastards!” Zak called after us.  He shifted quickly, grabbing his bag in his mouth and took off.

Charlie, being the smallest, had the best chance to beat him, but Zak knew that.  He took off after her, nipping at her heels.  Eventually, the two tumbled over each other and into a small tree.

Chuffing at them, Devin and I took advantage of their moment of confusion and raced ahead.  Zak rolled Charlie off of him and took off after us.  But Devin and I had enough of a head start that he couldn’t catch us.  I ended up taking the lead and beat everyone to the waterfall, howling my victory.

“You cheated!” Zak yelled at me, after shifting.

I howled one last time before shifting myself.  “Not my fault you went after a hot piece of tail instead of taking the race seriously,” I shot back, trying to keep my eyes on his face.  As an Alpha, Zak’s equipment is...impressive.  His muscular, tanned body, covered with fine chestnut hair was drool inducing.  It didn’t help that he had a dark brown line of hair leading straight down his chest to his massive cock.  I began dressing quickly before he saw my budding erection.

“Chased after the wrong hot piece of tail,” I thought I heard Zak mumble.  But when I turned to clarify, he was looking towards the trees where Devin and Charlie were emerging from the wood.

That night was spent swimming in the pond at the foot of the waterfall and talking in front of the fire.  It was a perfect evening, and we all slept under the stars in sleeping bags that we kept in a trunk by the falls.

Everyone fell asleep quickly, except me.  I could barely sleep that night, praying to the Moon Goddess that Zak didn’t find his mate. That he would wait three more months until I turned 21, until he could be my mate.  Never mind that he wasn’t gay. I had loved him since I could remember. I wanted him for me and I just prayed that he wouldn’t find his mate. At least not yet.

Turned out that the Moon Goddess wasn’t listening. When I woke up that morning, Charlie and Zak were kissing, tearing at each other’s clothes. I screamed for Devin, who had been sleeping beside me.  Just as he rolled over, Zak managed to pull Charlie’s shirt over her head and bit down onto her shoulder, right where her mate mark would go.  Mates!  They were mates! 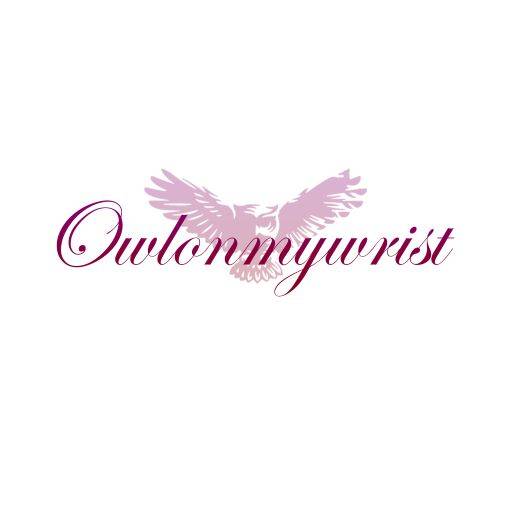 Owlonmywrist
It’s on here. It’s called War of Threes.
April Foster
I would like to see a second book. So we can find out more about what happens. If they go to war or get their mate back. I did enjoy this book!

Owlonmywrist
You can find my by the same name on In$tagram.
firsty.luvi
This is one of the best story I've read so far, but I can't seem to find any social media of you, so I can't show you how much I love your work
VIEW ALL COMMENTS