I woke up and looked over at the clock. It was 6.57. I looked around the room, and Summer was gone. I could hear hushed whispers coming from the living room as I opened the door; I was met with silence. “Please don't stop on my account,” I told them, heading to the kitchen for coffee. When I looked back, I realised the living room was packed. There was Liam, Jake, Summer, Nathan, Asher and his parents. Before anyone could speak, Nathan and Asher's mum ran over and pulled me into her arms. “Oh, sweetheart, I'm so sorry for what's going on. Your brother has been filling us in. You will be safe at Cold Moon, and you will have so much fun you might never want to leave”. She told me with a big grin. “I'm Sarah, and my mate is Tyson, and we are so happy that you are coming to Cold Moon with us”. Nathan cleared his throat awkwardly, and his mother let me go. I looked at Liam, and he was holding back a grin. “We are just waiting on the Beta and warriors to arrive. Summer has packed bags for both of you, so you're all ready to go”.

I nodded and sat on the only free seat, which was next to Asher. “How are you feeling?.

“Good as new Soph, thinking of heading back to the bar. I think that waitress was into me”. Asher said with a smirk.

“Rachel is into every guy under 30. You're not special,” I told him, matching his smirk. “And it's Quinn”.

“Oh, you wound me. You can always make me feel better,” he said cheekily, throwing his arm around me. I rolled my eyes and flung his arm off me as not one, but two pissed off Alphas growled loudly. Asher threw his hands in the air, mumbling, “jeez, I was joking. Is anyone gonna get pissed off if I hit on Summer”.

“Just me”, Summer quipped, making us all laugh. I decided to make sandwiches for the journey. I was halfway through when Nathan joined me in the kitchen. “I'm sorry about Asher. I would say he's not always like that, but I'd be lying”.

Whatever reply was on Nathans's tongue was cut short when the door was flung open, and before I could see who it was, I was thrown against the wall with Nathan pressed against me, hiding me from view with his hand over my mouth. My heart started racing, and I wasn't sure if it was from fear of whoever burst in or from Nathan being pressed against me. I felt further embarrassed when I realised that he could hear my erratic heartbeat.

“If you two are quite finished, can you come into the living room”? Asher said, leaning against the door frame, looking relaxed with that smirk that seems to be permanently etched on his face.

Nathan stepped back and led me into the living room, shoving his brother on the way past, although it didn't look like it bothered Asher too much.

“Lucas managed to get in touch with someone on our side from Red Rock, and Alpha Xavier has offered a £25,000 reward for anyone that gets you to him before Sunday”. Liam told the room. The silence was deafening as everyone turned and stared at me. I think they were all waiting on me to say something, but I had no clue what to say. I couldn't stay here as my father and a lot of the pack believed that I was mated to Xavier and wouldn't think twice about betraying me for £25,000, but how was I supposed to go with Alpha Nathan now? I didn't know him or his pack. Could I trust him or any of his pack with that offer on the table?

“No one from my pack will know who you are, Quinn. They won't even know your real name”. Nathan told me as if he could read my mind. I wanted to believe him because, for some reason, when I looked at him, I did trust him.

“So what do we do now,” Summer asked Liam as she pulled me down onto the couch beside her. Liam knelt in front of us and put one hand on each of our cheeks. “This changes nothing. The plan stays the same. I need you to trust me.”

“It's not about trusting you, Liam, but this money does change things. It's 25 thousand reasons for someone to give her up”. Summer snapped tears filling her eyes.

-Sum, don't ask me why but I do trust Nathan, and I would trust Liam with both of our lives, and so would you, so if he asks us to trust him, I will, but you don't have to come. I'll be ok on my own.- I mind linked her, and in return, she snorted then said, “Fine, when do we leave.”

“Alex is on his way up with the Beta. I think you should leave after lunch. We need to get you out of the packhouse without being seen, then you can be on your way”. Liam told us.

“Ok, I'll finish making the sandwiches, and Liam can have lunch brought up”. I turned and walked into the kitchen and could hear someone following me in. “Looks like you could use some help.” I found myself blushing when I looked at Nathans breathtaking smile. “Just tell me what you want me to do,” he said, his smile turning into a smirk as I realised I was staring at him like a creep. I quickly continued making sandwiches as I gave Nathan orders. As we finished, I looked at Nathan and laughed, “I've never seen someone concentrate so hard on making sandwiches”, I teased him, but I was surprised to see him blush. “I um, I've never made sandwiches before”. I couldn't help but laugh at him. “You've never made sandwiches before”. “No, I've always had somebody around to make food for me,” he told me sheepishly. This time I burst out laughing and couldn't stop. I don't know if it was the fact he looked so embarrassed over something so ridiculous or the fact that I can't remember the last time I felt so relaxed, but I couldn't stop until I had tears running down my face. “It's not that funny”, he told me, joining in on my laughter before throwing grated cheese at me. “You did not just do that.”

“I'm so sorry”, Nathan said, although he looked anything but. “Oh, you will be I told him, grabbing the lettuce and tossing it at him. Five minutes later, a loud whistle brought a stop to our food fight. I looked at the doorway and was surprised to see everyone watching us. Most looked shocked or surprised, apart from Summer and Asher, who both had huge shit-eating grins on their faces. I looked over myself and Liam then the kitchen that looked like a bomb had hit it. There was cheese, lettuce, onions, ham, vinaigrette and mayonnaise over every surface and more so over the two of us. “It was Nathan that started it”, I told them, laughing when Nathan nudged me. “I'm sorry, Jake. I’ll clean it up.” Nathan left to go to his room to clean up and meet his Beta. “So what's going on with you and that hottie Alpha”. Sumner asked as she helped me clean the kitchen. “Nothing”. I said, ignoring the smirk on her face. “Who do you think you're talking to, Quinn? There is obviously something going on. You should go for it. He's hot and funny and protective and did I mention hot.”

“Yes, I think you mentioned that. I'm going for a shower now”. I walked into the shower and thought about what Summer said. I agreed with her about Nathan, but I already had enough trouble with Alphas in my life, with my dad, Xavier and Liam without adding another one; no, I would stay away from all men until I found my mate. What are we going to do if Xavier is our mate? My wolf asked? I have no idea, I told her honestly. We could reject him. I know it would hurt, but after all that's happened, I don't think anyone would blame me. I prayed to Moon Goddess that I wasn't mated to that man. I got dressed and checked the bag Summer had packed for me, which looked like we were going clubbing every night by the number of short dresses she packed when I heard Summers excited scream. I ran through to the living room and saw Summer in the arms of a blond-haired, blue-eyed guy in his early 20s, and she looked happier than I had ever seen her as they gazed lovingly at each other. “This is my best friend, Quinn”. Summer told him as she ran over to hug me. “Quinn, this is my mate, Beta Noah”.

Janet Baker
love it but hate having to earn chapters. I will never pay to read 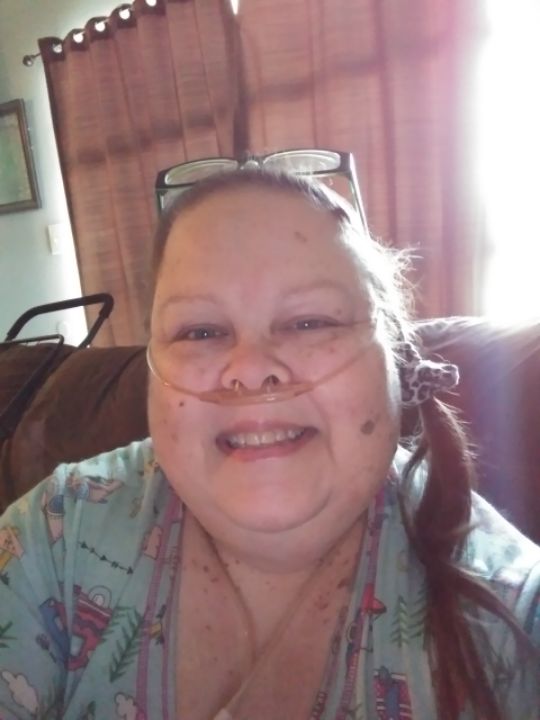 Kassie Riel
Great chapter! Loved the whole food fight so much!
Chzmonster
Omg loved the food fight. So cute and the perfect stress relief for Quinn

Alix Oluchi Okoro
wats d use of this gem anyway? it doesn't open a chapter so y do I need it? pls gems ... for sale, who wants it? Bella Jersey
Damn I hoped it was Liam
VIEW ALL COMMENTS