The walk to the packhouse was less than five minutes. When we walked into the packhouse, it was empty as everyone was down at the park. We went up the stairs, and I expected to head towards his office, but instead, he opened the door to his family’s suite and ushered me in.

He closed the door and pushed me up against the wall, his mouth on mine a second later, his tongue teasing me. I ran my fingers through his hair, smiling into his kiss when he moaned. He slid his hands down my hips and lifted me. I could feel how hard he was, and honestly, that turned me on so much I wrapped my legs around his waist as he turned us around and walked towards his old bedroom, his mouth leaving mine to kiss my jaw and down my neck. I let out a moan I didn't even know I was capable of making as he kissed my marking spot. He pushed us through the bedroom door and

Locked Chapter
Continue to read this book on the APP
Comments (2)
Laura
I’m with Asher on Rom Coms. Not my thing, and I’m a female 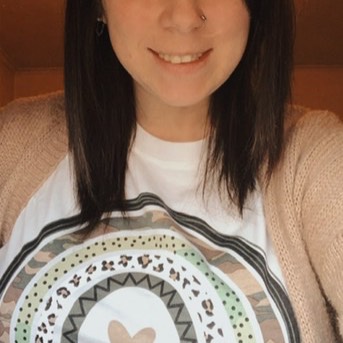 Teri Kidwell
No oh no !!! Tell her first !
VIEW ALL COMMENTS