The poor thing radiated nothing but fear. Thank the Moon Goddess I arrived on time. If I'd come just a few minutes later, she'd be raped by two rogues. Damn, I hate those creatures with a passion!

It was way too easy to get rid of the first one; the guy was too engrossed in his sick fantasies to notice me approaching him. Honestly, his friend wasn't any better, but his punishment was instant death since he tried to get away with the human girl. The other may wander the woods for a few days until he drops dead, but at least I was merciful enough to give him that much time to live.

I watched as the girl ran from the scene. Though I tried to call after her to ask if the bag was hers, she didn't listen to me, nor did I try to catch up with her. Understandably, after everything that happened to her and what she had seen, she wanted to get away.

I didn't go back home- I kept my distance and walked behind her, just in case she happened to run into a guard or more rogues roaming the woods. Not that it's any of my business, but I couldn't understand how such a young woman ended up there. Human, at that. Did she go in herself, or did the men drag her in?

After making sure she got home safely, I headed to my house. I didn't bother entering the forest anymore as the human girl didn't live that far from me. I chose to stay near the humans for one reason- to annoy my mother and her husband.

The rest of the night went pretty much as usual, except that I woke up from a nightmare about the shit that happened in the woods. There was a different outcome each time, and I didn't like any of them.

As the sun's rays shine through the curtain of my bedroom, I groan and get up. It's Saturday, but I have a lot of work to do and many places to be.

I reach for my phone to check the time, but the device vibrates in my hand. "Just great, I haven't had a coffee yet, and she's already on my tail." I groan as I consider the option of ignoring her persistent calls. A smile spreads across my lips as the thought crosses my mind, but in a flash, I remember all the times she's driven to my place just because I blocked her or didn't answer my phone.

With a deep, annoyed sigh, I tap the phone screen and raise it near my ear. "Just a fair warning- I haven't had a coffee yet, so if I'm cranky, it's on you." That's not a warning; that's a promise in disguise.

"No hello, mom, or good morning? Boy, where did I go wrong with you?" She whines in annoyance.

Amusement fills me within a second as I'm way too quick to respond to her question, "Everywhere? Should I remind you that you didn't raise me?"

After a moment of silence, my mother snorts. "There's no need for that. You can't keep blaming me for mistakes I've made in the past; you're no saint yourself." Sure, only she can point out the flaws of others to preserve her reputation.

"I never claimed to be. But I'm pretty sure I wouldn't get rid of my kid to marry a dick with legs." And that's the caffeine-deprived Kane talking. God, I love this guy- so stingy.

"Stop insulting Amon, he's a great man, and I love him. You turned out just like that old hag!" Only my mother can demand that I stop badmouthing someone to take the lead and insult someone who's not to blame. Grandmother did nothing to her but raise me while mother left me like a useless toy.

"Probably because that old hag, as you call her, was the only parental figure I had," I remind her as I walk to the living room. "Anyway, to what do I owe the displeasure of your call at such an ungodly hour?"

My eyes fall on the backpack on my couch, and I make a mental note to find the girl later. She'll probably need it.

Mother is strangely quiet. I know she needs something; she wouldn't call me to check if I'm okay. "You know what, you're right. Let's forget how we started this call and try again. I'm calling you because I couldn't reach you through mind-link, and I need to remind you what day it is today." Yep, bullseye, she's calling because she needs me. I could bleed for days, and she wouldn't bother contacting me unless she needed to show off her non-existent perfect family to her friends.

I know what day it is, but I throw a wrong guess at her to savour the moment she'd be seething with rage. "Saturday?"

She gasps, and I can imagine her shaking her head in utter disappointment. "The ceremony! How could you forget?" Mother raises her voice as if I've committed a crime. She'll get over it.

"Oh, that?" I mock her gasps right as I enter the kitchen. Maybe coffee will help with the headache, or perhaps it's just my sanity crying to end the brain-damaging call. "It's not that I forgot, it's that I don't care, there's a difference, mother." The statement is loud and clear: if the ceremony is her only concern, my mother can end the call and get on with her day.

"So you won't be attending again?" I love the hint of irritation in her voice; it means my words affect her more than she'd ever admit.

"Nope." For the first time in my life, I savour the taste of that word as it rolls off my tongue. The feeling is very similar to an orgasm, if not better.

"Kane, when are you going to realise that to become an Alpha, you need a mate by your side. The pack is nothing without a rightful Luna." For once, she speaks facts. I want to take over the pack and free the poor people from the tyrant of an Alpha they're forced to obey. And I won't be able to take that position unless I choose a mate.

Darn it, I don't have a sharp comment to add, so I'll give in. "I'll think about it." It's not a yes or no; it's a possibility. Maybe the pack can survive another year without a new Alpha? I'm not particularly keen on attending the ceremony and greeting every other she-bitch, just because mother thinks we might be a good match. That woman knows nothing about me, let alone my taste in women.

I don't have much hope in my mother, but as usual, she's a professional when it comes to ruining the good impression she's made. "Please do; this year, Amon has decided to let these dirty humans join us since the population is decreasing, and he thinks it'll help them to meet each other. Can you imagine that?" She hisses with so much hate I can't fight the temptation.

"Humans? That sounds interesting." I hum to myself.

Unfortunately, sometimes I forget that she's a werewolf and has heightened senses. "Interesting? Kane, that's disgusting; they are taking over our traditions and trying to make them their own! I'm still against it, and I'll try to change it until the last minute before the ceremony starts!" My mother keeps ranting.

"And you know what's even wo-" She interrupts herself mid-sentence. "Did you just say you'll go?" The hate fades, and the only emotion I can catch on is shock and surprise.

"Yeah, I did." I grab the cup and pour coffee. The scent alone makes this morning a better experience than it's been thus far.

"Well, that's great news! I'll mind-link Jess and tell her she can join the ceremony this year. The poor girl has been waiting for you for ages! If you dropped out today, she'd probably end up mate-less, with no family or children. I'm so glad you changed your mind!"

I give my mother enough time to voice her ideas and believe her own words before I crush her dreams. "No need to announce anything to anyone; I've already chosen someone. It's not Jess." The last statement brightens my mood. Jess is a great woman, but we can't talk for five minutes without arguing, let alone try to live together. She's like that childhood friend you hate with a passion but don't have it in you to drop the person. Way too toxic and controlling.

Mother bursts the bubble of my thoughts as an overly excited question crosses her lips, "Who is it then?"

I grin and walk back into the living room. My gaze settles on the old backpack just as I mutter the perfect words to avoid a direct answer. "Oh, you'll see." 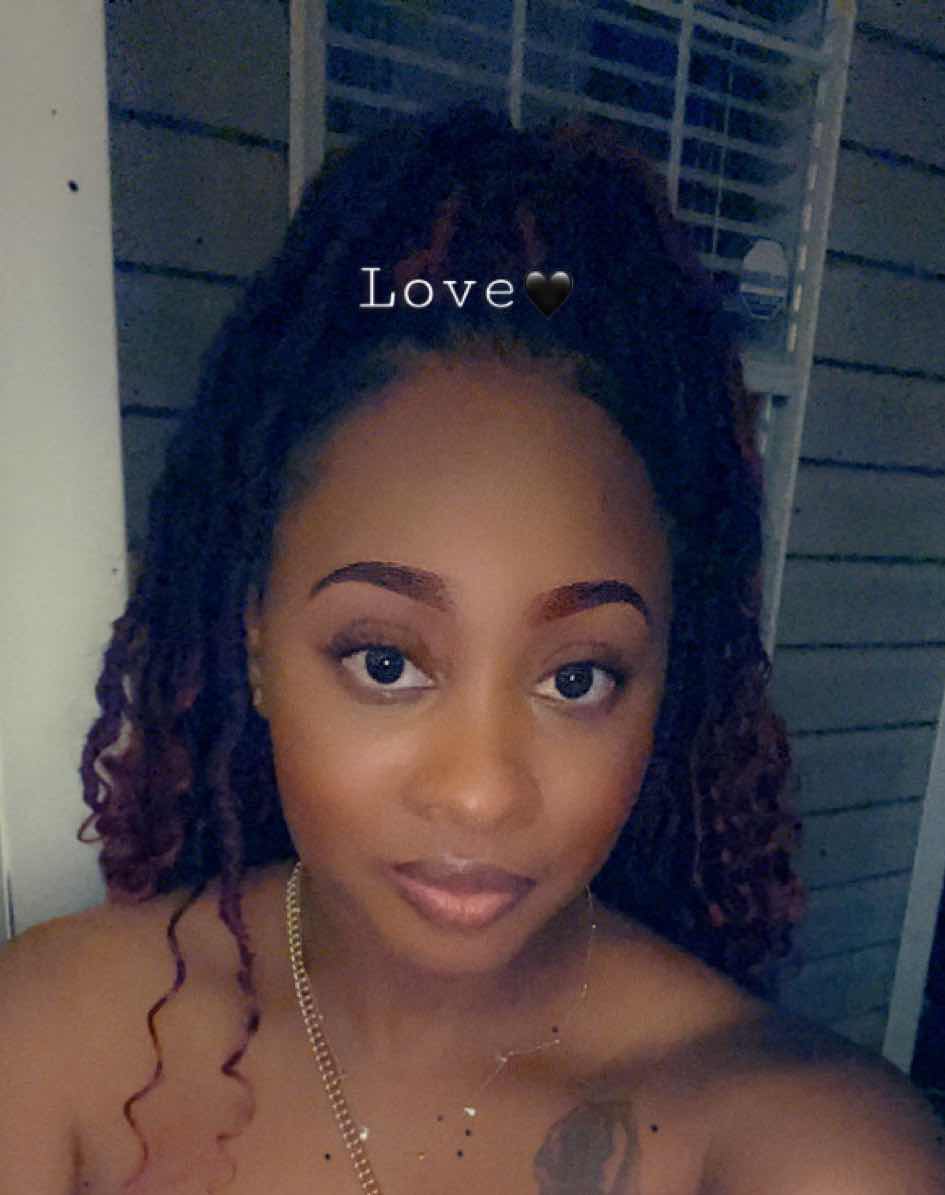 Skylyn Gordon
So do they not have mates? And if so she must not be his mate.

Ruth Tanielu
Kane is Awesome and I think this story is getting very interesting. I like the story already.

Issele
Love Kane’s come back to his birth Mother. Definitely should not call her anything else
VIEW ALL COMMENTS