Kairo couldn’t believe what he had done. It was one thing when he would experiment with the hazardous waste of creatures to create elements; it was another to clean up little nighttime accidents.

“Alright. What are my stats?” Flay asked immediately.

“That should make you more afraid of what I, your Master, can make you do! But anyway, let’s move on. You’re a slime. You’ve dived down the bowels of beasts, for crying out loud.”

“It’s different. It’s like, you’ve asked an esteem alchemist to clean the bathroom!”

“Then don’t ever bad mouth your Master!”

“You may wish to open it on your own, Master. Since we now share the Eos Sol System’s power, you can will it. Visualize wanting to see your power.”

Flay closed his eyes and began to concentrate. Suddenly, his vision began to reveal strange lights written in the foreground of his vision.

“I don’t understand this. And your stats are also shown! Is my stats any good?” Flay frowned.

“Any good? Master, for your current Rookie-6 level, it’s amazing! What bizarre stat points! Brute Power of 16? Oh! I understand now! So that’s it! And a Magic Value of 3? You’re already an Acolyte Spell Caster without even having trained in it!”

“Can you explain the stats to me?”

“First of all, considering the brutish lifestyle that you have with hunts, then your clan lives a lifestyle focused on physical training. I would estimate that the average stats of a grown man who is a Rookie-1 would have 10 points of value in Life Force, Defense, and Strength. They would then have an Agility/Dexterity point of 5.”

“A Rookie-1 would have 10, in all but Agility/Dexterity. Got it. Erm… What are those other numbers?”

“Let me start with the basics. Lifeforce refers to your overall health. The higher the life force, the more you are resistant to diseases, how fast you regenerate, and how much damage you can take. In some worlds, they call it Hit Points or HP. Defense value is how resistant you are to attacks.”

“In this scenario, you have 41 defense and an armor rating of up to 2. The armor rating changes depending on where you get hit or attacked. Honestly, your current armor is pitiful. But I guess considering the situation of your village, it’s understandable. Descent armor ratings like an average knight in the weakest kingdom would at least have 3-10! It would give 3 minimum increase in defense even on the weak points, and 10 on the heavily guarded parts of the body.”

“Well, sorry for being poor. So my defense could reach as high as 41… Then the Gator’s maw was at what value?”

“Be thankful that your defense is actually higher than average Rookie-6! It’s even beyond the standard Rookie-10!”

“My defense is that high?”

“You never noticed it?”

“I mean, I did get bullied and was in trouble and was told that I could ‘take a beating,’ but I never really thought much of it.”

“I feel sorry for Master.” Kairo sensed that his Master had a rough childhood with tales of being bullied and being beaten

“It still exceeded my defense?”

“I told that that gator was something only Apprentice-ranked cultivators could kill! It was that strong! That’s why I was shocked that you could endure the attack without your bones breaking. You only got some sore muscles and fractured bones which I was able to mend and fully heal when you fell asleep.”

“So my greatest asset is my defense? Sounds sad considering I’m probably Pluton and all.”

“Not just defense, Master. Your Agility/Dexterity stat is impressive. I already expected it to be, but this one is even more amazing than I thought. That’s the kind of stat point that only Speedsters have.”

“Those who take jobs and occupations that are speed-related. Scouts. Assassins. Ninjas. Quick Draw Swordsmen and other jobs. Unlike the other stats, Agility/Dexterity is a stat that combines several factors. It calculates your skill in moving your body, your speed in accomplishing something, your perception of time, and so on. And because of that, it doesn’t increase at a fixed rate at every level. While leveling up will naturally give you a boost in life force, strength, and defense, the Agility/Dexterity stat only increases if it is trained and honed. And your stat is incredible! You haven’t shown great speed, yet your stat already surpasses Apprentice jobs of those who have one! For example, an Apprentice-1 Ninja would have a stat of 15! You have double that!”

“What? But I’ve seen Ninjas! They move way faster than I do! How is that possible?”

“Now that you mention it… I could see their attacks and be able to react accordingly. So only my attack sucks?”

“Yes. If your default stats were at 10 before cultivating, you are barely at the Rookie-4 level if you have 19! You should have at least 21 points to be Rookie-4!”

“Well, that sucks. I was awesome at every other stat, but Tamers only valued Strength and only had Strength tests…” Flay cursed.

“Actually… There is something funny about this scenario. Let me explain it later. For now, let’s move on to you having a Magic value of 3 and a Brute Power of 16!”

“Tell me about magic first.”

“Magic value refers to the amount of magic that your body has. Each spell has an amount of how much magic value it can cast. The lowest tier spells, called Rookie spells, would have the magic value of 1. This means you can cast 3 Rookie Spells. That makes you, at the very least, a Rookie Mage! And you haven’t even trained yet! It’s possible that by the time you reach Apprentice, you would have double that amount!”

“How is a Rookie Spell compared to the charges of magic that I can cast with each Sol system? Like that of Venus or Neptune?”

“That’s what’s so overpowered about the Sol System! The Sol System allows you to store 10 more spells of an element! Now, keep in mind that I can only store one element in this body at my current level and size as a Slime. So I can’t have 10 charges of Venus and Neptune at the same time. But since you can fuse with one system, all in all, you’d have twenty-three charges of spells! Three from your magic value, and the rest from the Sol System between you and me.”

“But that’s only if I manage to charge it… How long will it take for you to get more Neptune charges by soaking in this water?”

“Ten charges would take more than half a day.”

“I can’t afford that.” Flay cursed.

“I was only able to cast two rounds of water magic at you and have used the rest to break the seal. So I don’t have any water charges left.”

“That’s even more depressing. But I feel refreshed and rejuvenated right now, so I got that going for me. What about Brute Power? Why isn’t it helping my strength? I always assumed that Brute Power is like this force that increases our strength.”

“It is! Strength refers to the strength your physical body can do. But Brute Power comes from the energy that moves throughout the body. It has many names in many worlds. Chi, Chakra, Aura, Spirit, and so on. Brute cultivation uses this to create special attacks. The powerful arts of swordsmen, knights, and archers to launch special attacks uses Brute. And just like magic value, a Brute power of 16 means that you can perform 16 points worth of Brute attack!”

“The Knights in the Kingdom have this powerful charging ability called Shield Tackle. I’ve seen it push back a Bewilderbison! Are those Brute attacks?”

“Yes. Shield Tackle should be worth at least 2 Brute Power points or simply Brute points. But Brute Power has another interesting function. It can be used to attack or to defend. It can be added on to your strength or your defense!”

“What?! So I should have a total Brute power and strength point of 35?!”

“Yes. That would equal a Rookie-8 warrior at the very least.”

“But… But! I took the strength test in the village! How could I fail?”

“Because you were using only your strength and never your Brute Power.”

“Correct. You’ve always had the ability to use Brute power.”

“Then why hasn’t it helped me on the strength tests in my village?”

“You are right-handed, correct?”

“Think about it, Master. While you can use Brute power, how can you pour out the Brute Power to empower the fist of your right hand if there was that obstruction of energy? Brute Power would flow everywhere in your body except on your right fist where your Taming Hand is if you used your left hand to punch or use a kick. You might have cleared the test. Same if you used a weapon. Since the Brute force you need would have to empower not just your fist but your entire arm. With Brute Power empowering your biceps, triceps, and all the other arm parts, a slash would have sufficed.”

Flay froze when he heard those words.

He had never tried to kick, punch with his left hand, or use a weapon since all of the villagers who took the test would punch with their dominant hand.

“Wha-What?! You mean all those years… I could have cleared the test?!” Flay roared in great anger. The nearby beast began to guard itself against Flay, who was howling like a madman.

Dear readers, Hope you like the chapters so far! Please leave a review if you haven't yet!

JGayle Bobo
I like your book but at times you drag on telling the same thing over again. Just state your point 1ce we can remember what you already said. I believe you can become a great writer. God bless. 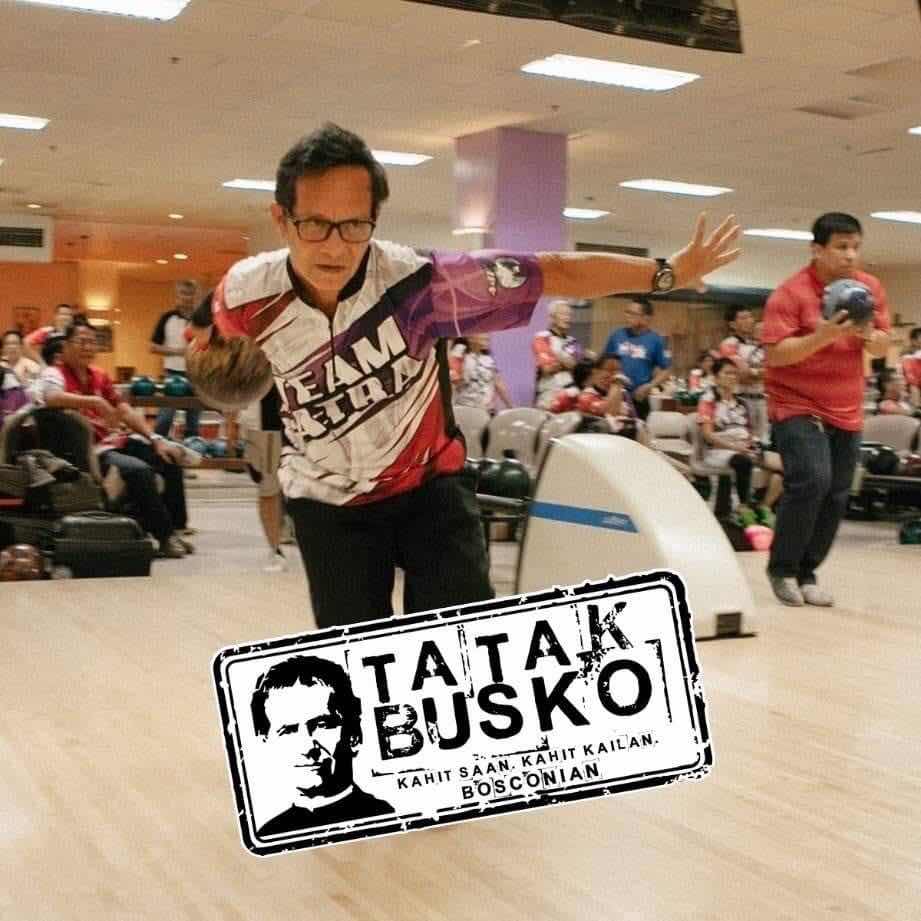