Delaney pulled her hair to the side and braided it down her shoulder. Patch watched from the doorway, his gaze longing on her for as long as he could before it was time to go.They'd spent the day together, with Lucas and Joey, plotting their plan for the evening. Everything about the night made Patch uncomfortable. He never knew what the next day held, but he didn't like walking into the lion's den.He knew Gabriel was in on something bad, and it involved other people, but he didn't know who those people were. They could be cold, and heartless, put a bullet in his head without a second thought.Delaney's gaze shifted to Patch's in the mirror where she fixed her hair. Something about the day felt heavy, and cold, which made his stomach tie into a knot."What are you thinking about over there?" she asked, turning to face him. "You look lost in thought."She wore a simple T-shirt, that showed the curve of her ample breasts, and a pair of jean shorts that highlighted the womanly
Locked Chapter
Continue to read this book on the APP
Comments (4)

dulce rodriguez
oh hells nah, so maybe the dad is the one behind Beth's weird behavior which is why she is trying to get rid of Delaney so she's not involved in his dealings? omg I kinda felt something off about him but thought it was Beth for sure
Kavitha
Hooollllyyyy shit 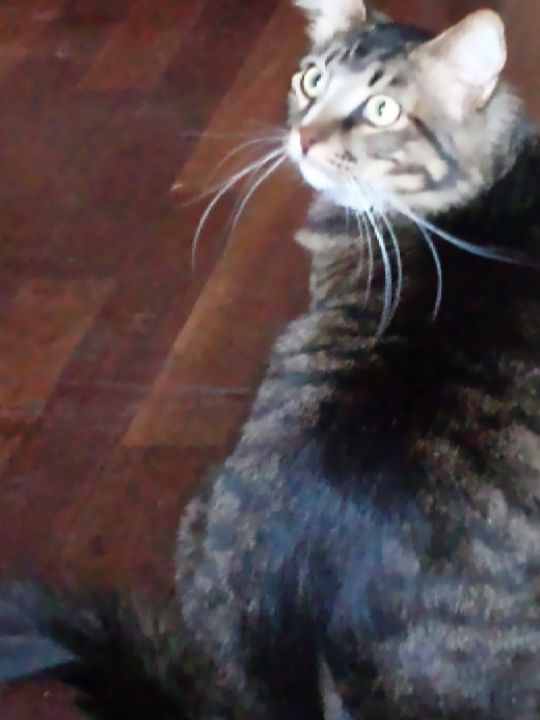 Mary L Olmos
oh that not good
Aimee Amos Pemberton
Wow! I didn’t see that one coming! They need to get the girls out of his house now!
VIEW ALL COMMENTS