"Do you live over there?" Maddox nods at a house up the street, his big hands holding the wheel in a death grip.

"Yes, but you don't have to drive the entire way..." I nervously laugh and face his stern expression.

"Um... Because my roommates would freak out if they saw you."

He arches an eyebrow. "Fans of mine?"

"Fans?" What is he even talking about?

That's some arrogance right there.

I swallow. "Well, that's not the reason."

He sighs. "Out with it, Michelle."

"Okay..." I shut my eyes. "I've never brought home a guy before, and they… My roommates… They are going to—"

My heart is pounding too fast, and I'm embarrassed. Ciara and Zendra have told me I'm hopeless when it comes to guys, and bringing Maddox to the front of our door is probably...

They will ridicule me and ask me if I have a crush on Maddox. I can feel the incoming bullying in my gut already. Zendra will probably say that working on this group project with Maddox is the closest I will ever get to dating a handsome guy.

They are probably right.

Guys aren't exactly lining up the street to date me.

Ciara and Zendra, however, are both beautiful and popular. They date guys hotter than hell while I'm this short, pimple-faced introvert who is too scared of men to make a movie. Like, I don't want to die alone, but...

And my roommates make sure to remind me of that every single day.

Maddox has already parked the car, and before I can intervene, he opens the car door. He takes my bag, and I hastily follow him.

What is he doing?

"Uh..." As Maddox strides toward the porch, I'm jogging to keep up with him. He has very long legs. "You don't have to come inside... You can just leave now..."

Maddox peers down at me but doesn't say anything. Not one to listen, he opens the door and enters our hallway.

Before I know it, Ciara swans into the hallway.

I have a bad feeling about this.

She stops by the wall, leaning her back against it with a dramatic gasp.

"Oh my, oh my," she presses a hand to her chest. Raking Maddox up and down before sending an evil smile my way. "Are you dating Maddox Daniels now, Michelle?"

I want to sink through the floor.

Ciara knows damn well I haven't dated anyone yet. She said those words as if I had choices. How humiliating. She is smirking now, knowing I'm embarrassed. She is basking in it, smiling like the Cheshire Cat.

Why does she have to be here?

Ciara will make Maddox think I'm even more of a nerd...

Tears are prickling behind my eyelids already.

The situation worsens when Zendra joins in on the fun with her mouth falling open the second her eyes land on Maddox.

"Well, hello there..." Zendra's heated gaze rakes up Maddox. "I didn't know our roomie was friends with Dashing Devils quarterback. How do you two know each other?"

Oh-my-god, as if I weren't already uncomfortable! Of course, Maddox Daniels is a goddamn quarterback!

I lift my eyes, expecting Maddox to smirk, but to my surprise, Maddox is smiling. Something tells me it's a fake one, though.

"Michelle and I are best friends... In fact—"

My world screeches to a halt when Maddox picks me up.

The guy is seriously strong!

I've never been carried by a guy before, yet my legs instinctively wrap around his tapered waist. His cologne wafts over me, and my heart pounds frantically when he presses his lips to mine.

Maddox Daniels is kissing me!!!

And not a little peck on the lips. No, Maddox forces my lips apart with his tongue and full-on kisses away my last remaining brain cells.

Maddox is talented. The kiss is hot and passionate. The taste of his tongue makes little goosebumps prickle over my skin. I said I couldn't stand the guy, but wow.

I'm melting in his arms.

Electricity and sparks fly between us, and I'm close to begging him not to let go when he pulls away his lips.

My heart is racing.

I'm out of breath.

I stare at him.

He stares at me, looking... Surprised?

Or is that my imagination?

Wait, is that a blush?

We keep blinking at each other like idiots. My hands are resting on his muscular shoulders while his arms are wrapped around me. Yet none of us are making a move to create distance between us.

I'm not climbing down from his embrace.

He is not putting me down.

I stay in his arms.

Eventually, Zendra clears her throat and pulls Ciara into the kitchen. I catch a glimpse of their faces before they leave—they are both gaping like goldfish.

Once inside the kitchen, I hear Ciara whisper-yelling. "Holy-fucking-shit, Michelle is dating the hottest guy on campus! How the flipping fuck did she manage that?!"

"I know!" Zendra whisper-yells back. "She is so damn lucky!"

I swallow at their words, daring to glimpse at Maddox.

He is still repeatedly blinking at me as if trying to process what is happening. Which makes little sense seeing he was the one who kissed me, not the other way around!

What is going on inside that thick, beautiful head?!

I gaze into his eyes.

He gazes into mine.

After a few seconds, he opens his mouth. "Where is your room?"

Why isn't he putting me down?

"Um..." I wet my lips. They still feel swollen from the kiss. "It's the last one down the hall to the left. It's a door with stickers on it."

He carries me down the corridor without a word. My arms are still hugging the thick column of his neck. I'm weak in the legs, and Maddox uses his elbow to open the door.

Soon I'm dropped off on my bed.

I lift my chin to stare at Maddox, baffled when he closes the door.

I expected him to leave... But those blue-blue eyes are scanning my almost-empty room.

I let him take everything in before daring to talk. "W-why did you kiss me out there?"

He lifts an eyebrow. "Aren't you single?"

My skin burns, and I shyly brush my brown hair down my shoulder. "That's not the point..."

He shrugs. "I saw a perfect opportunity."

Did he just use me?!

"What opportunity?" I demand, suddenly no longer shy but fuming over his caveman tendencies.

I might not be yelling, but my heart is thundering inside my chest. And my anger is traveling through my veins.

"I don't date, but... I think I could benefit from you being my fake girlfriend, Michelle. Gold diggers would stay clear of me. It would be nice."

Laughter erupts from me. "No, those girls would try harder to flirt with you! Girls would… They would look at me and see there is no competition!"

He laughs at me and hands me a wolfish grin. "True... They would look at you, see that you're as flat as a plank, and try to get me."

"But entirely true, isn't it?"

I blush and avert my eyes. "You're such a jockhole."

"Jockhole?" He snorts. "Maybe, but do you want to go along with this plan? I mean, looking around your room... You don't have much stuff, and my wallet is fat."

"Really? You're trying to buy me?"

"I could buy you lunch every day."

My stomach gurgles and Maddox bursts out laughing. It lights up his face, and I experience butterflies. Why? He is such a jerk.

"Why would you need a fake girlfriend?"

"Mostly because of my parents," Maddox replies while studying my empty walls without even looking at me. "But also because I think some girls at school would stay away..."

So he doesn't want girls asking him out?

Ugh, I bet he is one of those sleep-with-them-and-leave-them guys.

"Come on," Maddox urges. "It will be easy food for you... And it's not like kissing me; maybe hugging me is dangerous. You didn't feel anything when we did it, did you?"

I stare at him—he stares back. And while I would like to believe there is no meaning behind his question, I can't help but feel like he is ACTUALLY wondering if I felt something.

He is good-looking. That's the only reason I felt some flutters when he kissed me, not because we have chemistry. God no! I'm not crazy enough to think we do. Jockholes and quiet book nerds don't get along.

"O-of course not!" I laugh. It sounds forced, even to me, and I hope Maddox doesn't notice.

But to my surprise, he is laughing too.

"Yeah, I thought so! There was absolutely no chemistry at all! No lightning, sparks, or wanting to rip off your clothes, and... Yeah... It was just an emotionless kiss."

Instead of feeling angry, I'm relieved. Maddox would never go out with me—at least I can stop fantasizing about that now.

We smile at each other awkwardly, but the staring soon becomes heated.

I wet my lips.

I silently study the column of Maddox's neck and let my gaze travel to his muscular arms hiding underneath his hoodie. He is so strong. Powerful.

Maddox stares at my lips, then down at my chest and hips. He runs his tongue over his lips and—

That's when I clap my hands!

"You should probably go!"

Maddox returns to reality. "Right..." he moves for the door but turns around to meet my eyes again. There is a ghost of a smile on his lips. "Same time tomorrow at the library. Do not stand me up, okay?"

Armida Garcia Cudney
Yeah, they have chemistry. If they didn't have anything then why did they keep on staring at each other like that after kissing. And the way they kissed says it all to me.

Jennifer Garalde
I love this part 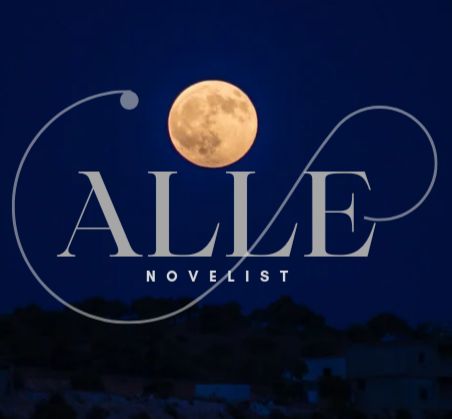 Alle
ahhhhh I'm in love with this book already!
VIEW ALL COMMENTS