The Beginning of a Bad Habit

Heath watched as Rhett and Cameron laughed, trading the bottle between them. The music thrummed through him, the pulse throbbing in an echo to his c-ck. He was oblivious to the party around them, to the scantily clad human girls in their miniskirts and mid-drift tops, to the laughter and shrieks.

What would he do, Heath wondered, if Cameron turned his face just slightly towards Rhett, if Rhett leaned forward just a little…? If Rhett’s hand slid down from Cameron’s shoulder, over his chest and stomach, would Cameron lean back…?

“F-k,” he muttered and adjusted his jeans. He was sitting in the middle of a house filled with humans and pack members, fantasizing about his best friend and the new boy getting it on. As he cast around desperately for a distraction, he saw Lauren Bascall enter the party with her best friend Alice Kelly.

What would the senior alphas do? He asked himself. They would take what they needed and do what they wanted.

He shoved up from the couch and wove his way to where the two girls clutched their plastic cups of flat beer and tried to discourage the advances of Guy Barnham and his friend Nathan Lowe. “F-k off,” Heath snarled at the two human boys. “You’re bothering the girls.”

“F-king hell, Heath,” Nathan was more assertive. “Who do you think you are? This is my f-king house.”

“Would you rather talk to these two losers,” Heath asked the girls. “Or come sit with me, Cameron and Rhett?”

Lauren bit her bottom lip, her eyes wide as she rolled them to Alice. “With you,” she breathed out. Having Heath Gale come to her rescue and invite her to sit with his group was like being Cinderella and being given an invite to the ball.

The two human boys retreated unhappily, and Heath herded the two girls over to where Cameron and Rhett sat watching with interest. “Lauran and Alice are going to sit with us,” Heath told them, his smile predatory as he met Rhett’s eyes and raised his eyebrow.

As the girls sat with them, Rhett offered them his cigarettes, leaning into Lauren as he lit hers, his lips brushing her cheek so that she flushed. Heath breathed in the warm scent of heady pheromones that rose from the two girls. They wanted to be f-ked, he told himself. Look at them in their short skirts and clinging tops – they had come out deliberately dressed begging to be taken, he was doing them a favor by giving them what they wanted…

He met Rhett’s eyes and looked at Cameron who, flirting with Alice, did not notice, before indicating with his head back into the house, where the bedrooms were. Rhett’s smile was sensual, and he nodded slightly before turning his head and whispering something into Lauren’s ear. Heath saw her shiver as her skin sensitized under Rhett’s breath, her nipples tightening and pricking at the fabric of her top.

They brought the bottle with them as they moved down the hall, Heath greeting those that he knew as he led the way, brushing his lips over the cheeks of the girls and clasping hands with the guys. He opened the door into the master bedroom, startling a group with a bucket bong.

“F-k off,” he indicated out with his head, and they left without arguing as Rhett and Cameron, Lauren and Alice tumbled through the door. Rhett kissed Lauren, his long fingers in her hair. Heath took the bottle from Cameron’s fingers and took a swig, letting the alcohol burn through him as he caged Alice between them.

He cupped her breast, teasing her nipple through the fabric as he kissed down the line of her neck. She had applied a perfume to the pulse point, the stink of it sharp in his nose, and the taste of it bitter against the alcohol, drying the surface of his tongue.

Cameron leaned back to lift her top off, his eyes meeting Heath’s over her shoulder, the pupils dilated within the blue, fear and excitement at war. Heath stroked his hands down, hooking his fingers in the waistband of her skirt and sending it and her underwear down whilst Cameron fumbled at her bra.

They stripped the girl to her skin between them.

Heath saw Rhett take Lauren down onto the bed, his hands scooping up her skirt. The dark-haired boy groaned against her neck as he kissed down her throat, and the tear of her underwear left a welt on her hip and caused her to cry out in surprise.

Heath’s smile was hot with pleasure. This would work, he told himself. This was okay – he could have Cameron, in a way that wouldn’t cause any rumors, just alphas being alphas and f-king the human girls. “Yeah.”

“Don’t worry,” Heath purred into her ear as he freed his c-ck from his jeans. “Cameron’s going to f-k you. You want him to f-k you, don’t you?”

“I… I guess,” she was hesitant in the moment.

Heath sat on the edge of the bed and pulled her hips towards him. The penetration was easier than he remembered with the other girl, Alice’s body giving to his without more than a gasp of surprise from her. F-k, her heated slickness around him felt good, making him wonder what had been wrong with the other girl…

“Cam,” he said thickly, holding the girl down to him with one arm and gesturing for Cameron to come to them. “It’s alright,” he added meeting Cam’s anxious eyes. “Trust me.”

Cameron was alpha enough not to want to ask how to proceed, but his eyes met Heath’s again, and Heath could read the uncertainty in them. He gestured with his hand and reached out, closing over Cameron’s c-ck as he leaned over Alice and Heath. The position put Heath and Cameron’s lips within kissing distance, and their eyes locked as Heath stroked over Cameron’s c-ck, a caress disguised as positioning him against Alice.

“Thrust,” Heath breathed out, his lips grazing Cameron’s, and Cameron grunted as he obeyed, his eyes losing focus. “Yeah,” Heath groaned as Alice’s c-nt gave to them. He could feel the confusing soft hardness of Cameron’s c-ck skin slick against his and groaned under the pressure at the same time as Cameron moaned.

The human girl between them protested, her hands closing over Cameron’s shoulders.

Cameron’s instinct took over, the russet haired werewolf thrusting with wild abandon and erratic motion, his breath heaving from him and his skin dewing with sweat, his eyes unfocused, his gaze inward. Heath arched his hips into the girl, but his motion was a token effort, his body mesmerized by the sensual experience of Cameron’s c-ck sliding against his own, trapped and pressed together within the human vessel trapped between them.

They weren’t f-king the girl, Heath thought as Cameron’s eyes focused on his. They were f-king each other through the girl.

Cameron cried out, and Heath felt the sparking surge through his balls, groaning at the flooding heat of their mingled come.

Cameron collapsed heavily onto the girl, grinding into the last throes of his orgasm, causing the girl to whimper, a sound echoed by the other girl, Lauren, turning Heath’s head to look as Rhett threw his head back, his eyes closing as he came.

Lauren’s face crumpled, reminding Heath of the other girl he had f-ked and her regretful tears. Rhett rolled off of Lauren, onto his back, his c-ck slick with slime, pale against the darkness of his pubic hair, still hard, milky white come gathered in an unshed drip on the slit. “F-ck,” he groaned as Lauren hastily covered herself with her skirt and searched around the bed for the remains of her underwear, discovering them torn beyond repair and shoving them into her pocket.

Alice shoved at Cameron. “Get off me,” she was embarrassed and upset.

“Whatever,” Cameron was smug in the aftermath. “You were f-king lousy anyway.” He rolled to his side and the girl pulled herself from Heath, her warmth replaced by cold air against his c-ck, causing him to suck in his breath. “Take it easy,” Cameron complained on Heath’s behalf. “Just because you’re all prudish after being f-ked by two men, doesn’t mean you have to take it out on us.”

“You are arseholes,” Lauren spat at them, putting her arm around her friend. “That is assault. Everything that happened in this room was assault. We didn’t consent…”

“Buyer’s remorse,” Rhett drawled. “Good luck with that. My dad’s a lawyer and you can’t revoke consent after sex. It’s before, or during, or tough luck. There’s two of you, and the three of us will witness that you were begging for it. So, f-k off, and don’t come near us again.”

“You’re out,” Heath told them. “Good luck at school tomorrow. No one’s going to want shit to do with you. Ugly sluts.”

The three alphas laughed as the crying girls fled the room. 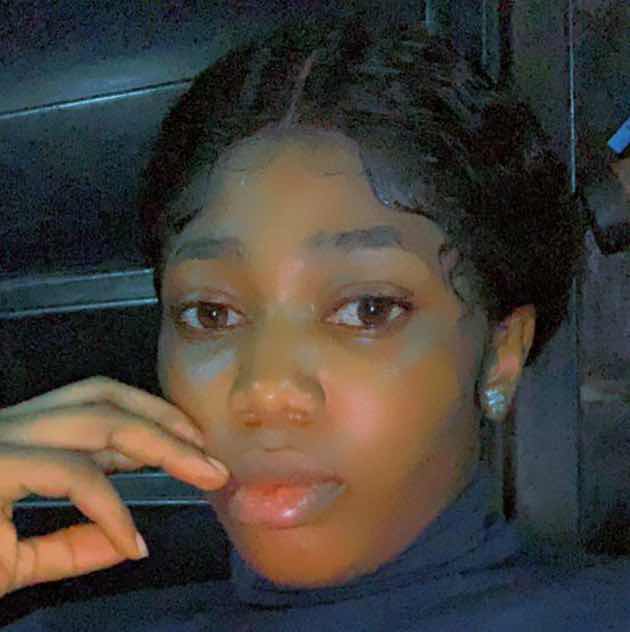 Therese Paulsson
well yes they are bastards but they were taught from childhood this behavior. And the girls didnt say no before or during they regretted it after. The triquetra should have asked them if they wanted it first and should have told Alice that they were goingto take hertogheter.
VIEW ALL COMMENTS