She slowly walked back to where he was standing with the keys in his hands and tried to lobby him but he was not in for whatever she had up her sleeve. She begged with a pleading eyes “I don’t know what this is all about but can you just leave the door open? I mean we don’t have to lock the door before we can stay here isn’t it?” and he shook his head

“It is necessary we lock the door anytime I am here or not because that is exactly why it is there” he remarked and threw the key in his pocket. “Now since you are here, I believe we don’t have all day and we don’t have any time to waste. You said you would do anything I ask for if you can keep your job right?” he asked and proceeded to take his seat

She nodded her head frantically in agreement and he motioned for her to take a seat while pointing to the sofa in front of him. She sheepishly adhered to the instruction and watched him speak with a tensed shoulder.

He rubbed his palms together a little and hesitated before he finally opened his mouth to say what was on his mind. “Before we start anything, I want you to know that you are entering a world that is messy. There are many dramas to expect but I trust that you will play your part well and keep things professional” he said to her and she nodded slowly

“You should help yourself”

She got up and walked up to the computer where she began her work with immediate effect. Since that was not the first time she was drafting up a contract, she knew exactly what to do and in no time she was done. He instructed “Print out a copy” and she did before bringing it to him.

He read through the contract and pointed out the mistakes she made and also told her to add a line “On no account will I decline any request or order no matter the day, situation and time”

She went back to fix the errors and also include the line before printing another copy out for confirmation and this time he approved of it. “Print out two copies” he ordered

She finally summoned up the courage to ask him about why he didn’t say anything to her even though he saw definitely saw her at the club on Friday night. It wasn’t like she needed to know but she was just curios.

“Should there be a reason why I am not interested in your personal life? Whatever you do outside the office is none of my business except it affects my own company” he said sharply and she sighed in relief

“As always, Tom Holland is professional” she thought and smiled a bit before she heard him clear his throat

He told her to start her own end of the contract by firstly cleaning up the house and she exclaimed that the place was too big for her. “Then am I to join you? You said you would do anything. Well you can choose not to do it and just let me rip this off so you can pack up and leave my office” he said and positioned the paper between his fingers to rip the paper off

She rushed to his side and quickly held his hand to stop him “Why would you rip it off so quickly? I didn’t know you as an impatient man” she gritted between her teeth

He told her where the cleaning equipment are and she rushed over to pick them and get to work. She was expecting him to have a vacuum cleaner at home so that would save her the stress but what she met there was cleaning brushes and mops.

She muttered “What is he doing with this when he’s so rich? Rich people are truly very stingy”, picked them up and turned to leave the room when she saw him standing there with his arms folded

“Did you hear that?” she said with a fake smile

“Should I not have heard?” he returned the question and her smile disappeared before she ran past him to the room where she began to clean the room.

He sat down at the table reading a magazine while watching her work, she was sweating profusely and wondered why there was no enough ventilation in the room until she saw that all the curtains were done and the windows were shut.

“Can I lift them? This place is too hot” she requested

“Don’t touch them, I don’t want any unnecessary attention from outside and that is why they are there” he said without shifting his eyes from the magazine. “But it is so hot here” she pouted and continued her work

She was finally done by six in the evening and everywhere was sparkling clean like he wanted. He inspected the room to see that there was no speck of dust before nodding his head in confirmation.

He complimented her about how perfect the cleaning was and told her to move out so they can leave for the day. She was already famished, thanks to the work she suddenly had to do. “Just like that? Nothing to drink or even eat?” she muttered and ran to pick her bag before she gets locked up in the room alone.

He drove her back to her house where he dropped her and told her he would expecting the missing report on his table as early as possible the following morning.

“He’s just so mean, I am so hungry that I might die right now but he couldn’t even get me something to eat” she lamented and rubbed her grumbling stomach as she unlocked the door to her room

She was still taking off her clothes when the doorbell rang and she went to check who was there. “You have a delivery” the man said from the front of the door

The delivery man stretched forth a box of large pizza and fried chicken making her confused. She complained that she didn’t order anything of such and the man explained “The man that ordered it said gave this address” and she got to realize that it was her boss.

“When did he order something like this? He made me curse at him for nothing” she muttered with a broad smile and took the delivery from him

He had ordered the food for her when he was about leaving the house with her so that by the time they got to her house, the food would have been ready.

She sat down in the sitting room after showering to munch on her package and watch the TV but she was not interested in whatever was showing on her screen so she picked her phone to scroll through the net instead.

“Oh! He posted another painting today” she said with a wide smile as she marveled at the art on her screen. “Whoever this Umbra is, he is so gifted because how can one paint like this” she added and liked the post before she checked the time and saw that it was past eight but Emily was not yet back.

“Where is she? Did she go to the club again?” she said to herself and dialed her number only for her to come in

“I was about calling you, it’s unusual of you to be late without telling me” she said to her and Emily slumped on the sofa tiredly

“What is the occasion? You hate to buy these things with your money” Emily questioned before digging into one of the chicken drumstick

She wanted to tell her about what transpired between her and her boss at work but kicked against it, she decided that it would be best if no one knows about the deal between the two of them.

“That’s true, I hate to buy these things with my money but then I was craving it so I just went for it” she lied to cover up

“That is exactly what I have been telling you all these while, you only live once so spend on yourself” Emily said with excitement but she only scoffed

“If I want to spend on myself then that will be over something beneficial not junks. I hate to put on weights” she countered

“You already resigned from the club so there is no reason for you to keep in shape anymore. You are free to eat as you like” Emily argued

“I want to look good in my office clothes. How will I look good if I don’t stay in shape?” she added and Emily nodded in agreement

Emily questioned if her boss didn’t say anything about the incident on Friday and she shook her head. She explained how he told her that it was her private life and he doesn’t need to ask her anything over that. “He’s so cool and professional” Emily blushed as she pulled another slice of pizza out of the box.

She was about to ask another question when Amber’s phone rang with Eddy as the caller. She quickly picked up the call and told Emily to have the rest of the food since she will not be coming back to the sitting room and went to her room to speak with Eddy. They talked for like five minutes before he hanged up and she proceeded to pack her bag for work when she remembered that she haven’t thanked her boss for the meal. She decided to text him instead of calling since he might be busy and it was already late.

“You should wash up and come for your food” his mother, Anita said to him and he turned to his room to wash up.

He sat down at his desk and brought out the contract he signed with Amber earlier and went through it again before standing up to put it in his secret safe. He turned to leave the room when the door suddenly burst open.

“You are indeed back” Joseph, his brother said with a wide smile and he was taken aback

“When did you come back?” he blurt out in shock

“I came back this afternoon, are you not happy to see me?” Joseph said with a smirk but Tom was not pleased to see him. 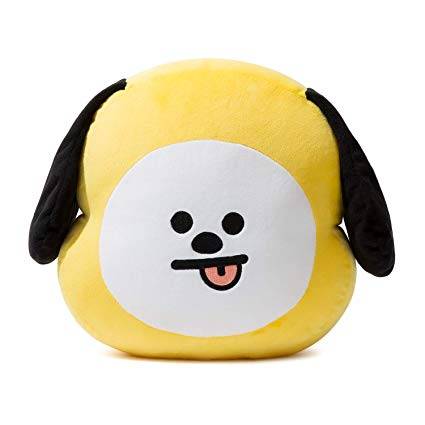 Who is Joseph and why was Tom not pleased to see him? What will happen between Tom and Amber with this signed contract? Feel free to communicate your mind in the comment box.

Karay Seleso
Wow,there is a possibility that Joseph is the bad brother who wants to inherit the family wealth and he was the 'professional ' their dad was talking about
VIEW ALL COMMENTS