I stand by the lakeside and watch as Laurel’s figure disappears under the canopy of trees. She is going home. I should too, but for some reason, my feet are rooted to the ground and I cannot tear my eyes away from her.

For some reason, my heart goes out to her.

It is only after she is long gone that I finally start to move. This is the first time I have seen Laurel cry.

“You made her cry,” Apollo, my wolf chides, stating the obvious.

I roll my eyes at his remark and continue my stride toward my residence. Maybe I should have gotten Laurel to stay at the packhouse instead of with her parents. At least I would be able to keep an eye on her.

“Oh, what a wonderful idea! All the better for her to hear you hump her sister!” Apollo is very sarcastic tonight.

“You shut up. You’re the reason she’s in this miserable state.”

I shake my head and smash a fist against a pine tree, scaring a few owls and they quickly hoot and fly away.

In a sense, Apollo is right. I shouldn’t have slept with her sister…Janie? Jasie? What was her name again? I sigh. I can’t even remember her name, let alone how she snuck to my chamber.

In my defence, my mind was not sound back then and I blame it on the full moon. I was delusional and could not control my primal thirst; the desire to fuck any hot-blooded female that came my way and to suck their blood dry.

“You should go after Laurel and apologize,” Apollo suggests. And when I do not answer, he asks, “You like her don’t you?”

A shadow falls over my heart. I do, I do like her. I may even love her.

I can still remember vividly the first time I laid my eyes on her. She was only sixteen then and it was her first day at the pack warrior training. She had long wavy hair, the colour of chestnut and it was tied back in a ponytail. And her eyes were the colour of the ocean, blue and clear like a beautiful summer’s day.  She was petite compared to the other trainees, but there was a glint of fire in her eyes, a determination I had never seen before in any of the warriors.

The first few months of training were the toughest for her. She failed at almost every challenge but she did not give up, not even when countless voluntarily walked away from the training, citing it to be too tough for them. Never once did I hear her complain.

And finally, when the day of the trial came, she beat every other contestant on the field and became my Beta.

Laurel Moon, she is a breath of fresh air in my life. She is the reason I wake up with a smile in the mornings, the reason I forge on when all hope seems lost. Somehow, this girl has the power to make me breathless, whether she knows it or not.

But she is not the one meant for me. She is not my mate. Somewhere out there, she has a mate waiting for her. One who is truly deserving of her love.

“She’s not my mate,” I echo out loud and nod to myself. Jamming my hands in my pocket, I continue my walk back home, stepping over fallen logs and brushing away twigs and branches that stand in the way.

“It’s a good thing too. The Moon Goddess made the right choice. She deserves someone better, someone healthier. Not a freak like me. I will only bring her pain.”

I think of my illness and how it has plagued me since the dawn of my birth. As a child, I would often ask why I had to carry this curse, why I had to suffer like this every full moon. But now that I am a grown man, I do not ask these questions anymore. I just have to suck it up and live with it.

“But she likes you.”

Apollo’s words stop me in my tracks and I hesitate before answering, “Girls are attracted to bad guys, but they don’t take them home. They marry the good guys…Maybe she’s got the Stockholm syndrome.”

It’s a horrible joke. None of us laughs.

I walk some more, all the while listening to Apollo continue on with his incessant nagging. He sounds more like my mother than my wolf.

“You cannot deny that she has feelings for you. And the fact that you asked her to settle down the twins? That was just cruel,” Apollo continues, rubbing salt into my wound.

I growl. “What would you have me do? Leave one of them behind in the hands of the madman? You know how crazy Nox is. They wouldn’t last a week with him. They’d die before he has his fill with them.”

And that is the truth. My uncle is a psycho. He tortures his slaves just for the sake of it and if I hadn’t openly abolished the sex slave policy when I ascended the throne, Nox would have tortured countless more to death in his home. Only the Moon Goddess knows how many secret slaves he has hidden in his basement right now. If he weren’t father’s younger brother, I would have cast him out of the pack a long time ago.

But blood runs deeper than water and father had made me promise with his dying breath that I would shelter Nox for the rest of his days.

I can only hope that Laurel could see things from my point of view when I told her to settle the twins at the villa. It was the right thing to do. I have no intention of bedding them, beautiful as they are. I just don’t want there to be another bloodshed in Nox’s name.

A few hundred steps later find me back at my residence. The guards see me, stand erect and salute me. I give them a brief nod and retire into my chamber. I am exhausted, as I always am when there is a full moon. Today has been a great stain and I hope to be able to sleep well tonight.

But the sight of a dried bloodstain on the wooden flooring catches my eye. I go down on one knee, run a finger through the dried blood and close my eyes.

She is the sole reason I am still alive and sane. What I did to her today simply cannot be forgiven.

“Arghh!” There is sudden pain in my heart as if a thousand poisoned swords are plunged into me. The poison burns and yet it sends a chill into my heart that not even the Moon Goddess could ever warm.

“What the fuck?” Beads of sweat form on my forehead and I clutch my chest. My heart is pounding like crazy. My brows furrow and my face turn into a scowl. Even Apollo is keeping quiet now.

Something is not right. This hasn’t happened before. Is this another seizure? No…it usually only strikes once on a full moon, never twice. And Laurel’s blood…it should have quenched whatever animalistic rage that I have within me.

I sit on the ground and try to calm myself down. It takes a few moments but the pain does recede even though it never really goes away. This is strange…it’s different from anything I’ve ever felt before, it is as if I’m drowning in someone else’s pain.

Could it be Laurel’s?

I shake my head. I need to find her, I need to know that she is fine.

I open my mouth to summon my guards but stop just before I can utter a word. If everyone knows she comes twice a night, it will only fuel the gossip mill. No, I do not want Laurel to be the talk of the town again.

I will go to her instead, that is the very least I can do for my Beta.

Taking a deep breath, I force myself to my feet. I will go to Laurel myself. 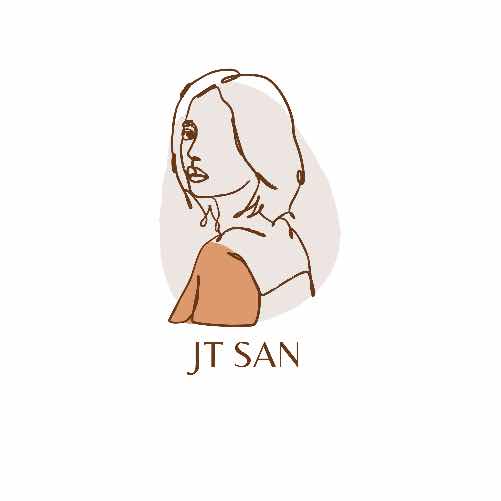 Joy Teo
Hi Lynn, thank you so much for giving this story a try. I hope you'll continue reading and find out the answers to your questions because the mystery will be revealed soon :)
Lynn
it’s ok but I am interested in knowing what exactly curse he has and why he hasn’t found his mate yet out of all the women his seen he should of found her by now
VIEW ALL COMMENTS