I sighed heavily as I got out of my limousine and looked up at the red palace. I hadn’t been here for more than a hundred years. I despised this place, despised what we’d had to do to prevent our species from going extinct. I hated being reminded of the decision the Lycans had made three centuries ago. I was against it, but at the time, I saw no other way out.

In the beginning, werewolves, were the offspring of the immortal Lycans and their human mates. A werewolf pregnancy was always fatal for the human woman, and we outlawed such unions because of it, but then our women started dying too. The pups almost always survived, but their mothers never did, and fairly soon we started to run out of she-wolves.

We had to do something.

And that something was the red palace. A place where we kept our Lunar virgins, which was just a more palatable description for breeders, until they were old enough to produce heirs. We kept them here for their own safety, away from brutes and rapists who had no care for their wellbeing, who’d breed them before they were thirteen years old.

We had laws and rules about breeders, but as of late, I’d been receiving disturbing reports about the red palace and the things the males were doing to the girls once they left here.

He only used my formal address when others were around to hear us. I nodded and swung my walking cane around and under my arm. I didn’t know why I still carried the thing with me, but it was my father’s, and I couldn’t bring myself to part with the old walking stick.

Gabriel and Connell walked ahead of me, up the red marble steps to the entrance. They opened the doors and stood aside so I could enter ahead of them.

A hush fell over the crowd gathered in the entrance hall. I towered over everyone in attendance. My aura was powerful and unmistakable. Every werewolf in existence would know who I was, even if they’d never so much as seen a picture of me before. “Lycans,” the word rippled through the crowd like a breeze.

Alpha George, our host, stepped forward, puffing his chest out with self-importance. “Your majesty,” he said, and bowed low. “We expected you sooner.”

“We were delayed,” Gabriel answered for me. I never spoke to werewolves if I could help it.

“Well,” the Alpha said. “No matter. You didn’t miss anything. Shall we?” he swept his arm out, indicating a pair of massive double doors to his right.

The ornately carved doors swung open, and while everyone waited for me to enter first, I stood back, allowing Connell and Gabriel to go in ahead of me and make sure it was safe. I ignored the curious stares from the other men, patiently waiting until my Beta informed me through our mind link that it was safe to enter the grand hall.

A row of female attendants jumped into action as soon as we started filing into the hall. Immediately, the beautiful Omegas, dressed in tasteful white and black uniforms, started circulating through the crowd, offering expensive sparkling wine, and forbidden caviar on dainty crackers.

It was so much pomp and circumstance. And it was all a lie. There was nothing here to celebrate. These men came here to buy women for the purpose of killing them. This shouldn’t be a celebration, it should be a serious and solemn occasion.

Swallowing my disgust, I removed myself from the crowd, sipping on my expensive wine and nibbling on something that may or may not have been salmon. Spices and weird cheeses had obliterated the original taste.

“How long is this going to take?” I asked Gabriel through our mind link.

He shrugged. “A few hours.”

I sighed and tapped my walking stick on the black stone. “I’m leaving.”

“Fine,” I grumbled just as a door in the back of the room opened, and the most beautiful girls imaginable filed into the grand hall in an orderly queue.

Breeders were chosen for their appearance, strength, and intelligence. Personally, I would not have placed their looks on the top of my list, but that was how it turned out. Everyone wanted their child to have the best possible genes, and it all started with the mother.

The girls lined up against the far wall and very demurely placed their hands behind their backs. All of them appeared excited, and most were smiling. Did they not know what awaited them?

Two of the Omegas rushed over to the girls, giving each of them a glass of what I assumed was wine, but no one offered them any food. They were all rather slender, some even a little too thin for my liking. “When all this is done,” I say to my advisors. “I want to do an investigation into this place.”

No one but the three of us was alive when the red palace went into operation nearly three hundred years ago, but whenever a new Alpha took command and appointed new overseers, I’d remind them of the laws and conduct I expected. Now, I wasn’t so sure they paid me any mind.

My friends followed me as I made my way through the crowd to the queue of beautiful young women. I felt physically sick as I walked past each of them. One, in particular, a stunning redhead with green eyes and the cutest spattering of freckles across her nose caught my attention right away. “What is your name?” I spoke for the first time.

A collective shudder ran through the gathering. This is why I never spoke in front of werewolves unless I absolutely had to. “Gloria, your majesty,” the girl whispered.

I shook my head. She was way too young for me, and I had no real attraction to her, despite her exceptional looks, but when I moved on, I noticed that Connell didn’t come with us. “Do you want her?” I asked him, using our mind link again.

“I think so…I feel drawn to her in the most unsettling way.”

“She’s young. You’ll have to wait another year.”

I turned to Alpha George, who regarded me with anxious eyes. “My advisor will have this one,” I say aloud. “Gloria, is it?”

“Yes,” she whispered in a small voice.

“Her starting price is--” George started.

"That's not how it works. You have to put in a bid, your majesty."

"Be grateful I'm paying at all." I growled at the Alpha. "Connell claims this girl as his. That is the end of it."

The Alpha's brazen demand for money enraged me. It was my money that funded the palace, and George received a sizable salary for his work here, but I couldn’t embarrass him too much in front of the other wolves and undermine his authority like that. I’d have the conversation about his exploits at the palace later.

None of the other girls drew my attention. Shaking my head, I stepped away and turned to Gabriel. “Pay the man for Gloria, and let’s go.”

“Just pick one and bite her…she’ll be to your taste then.”

I laughed, despite my Beta’s disrespectful remark. “It’s fine. We’ll do a tour of the territories. I’ll find someone I like.”

I turned to Alpha George. “We’ll be taking our leave. I thank you for your hospitality.”

“None of the girls are to your liking?”

I shook my head but didn’t elaborate. There was no need for me to explain myself to him.

“I can fetch some of the younger bree— Lunar virgins if your majesty would prefer.”

It took me a moment to digest what he had said to me, and if Gabriel hadn’t intervened, I would have ripped the degenerate’s head off. “No, Alpha,” my Beta said. “There are rules for a reason.”

“I’ll wait outside,” I said, rushing from the hall before I forgot myself and clawed the sick fuck’s heart out for my own satisfaction.

I stepped out of the hall, and at that exact moment, a commotion broke out behind me. “Stop her!” someone screamed.

Curious, I turned around just in time to see a young woman in only her underwear burst through a nondescript door. A group of bedraggled men, I’m assuming Omegas looking for cheap breeders, and an older she-wolf in her fifties with heavy make-up was hot on the girl’s heels.

Frantic, and clearly terrified, she came straight at me. Before I could step aside, she ran into me. I barely felt it, but she staggered backward, tripped over her own feet, and fell flat on her backside. “What do you think you’re doing?” the she-wolf asked, but just as quickly her mouth slammed shut and she bowed low. “Your majesty. Forgive us…this breeder--”

“Breeder?” I asked, raising my eyebrows at the woman, and ignoring her uncontrolled reaction to hearing my voice. “Does she not have a name?”

The young woman, Jane, looked up at me, and for a moment I was taken aback. She was unremarkable, especially compared to the girls in the grand hall, but she had the most amazing eyes I’d ever seen, and I’d been around for a long time. “What is going on here?” I asked.

The commotion drew the attention of the guests in the grand hall, and they started to trickle into the entrance hall to see what was going on. “She tried to run, your majesty,” the older woman said.

“No. Why is she half naked?” I looked down on the girl again, straight into her captivating, honey-coloured eyes. A bruise was forming on her right cheek, and for some reason it enraged me. “Is this how we treat our Lunar virgins? Worse than livestock?” I bent over and gripped the girl by her upper arm, dragging her back to her feet. “Where are your clothes?”

“Torn,” Jane said. “They tore my clothes off and…groped me.”

Anger roiled in my chest, and it took every bit of self-restraint I had not to start tearing this place apart. “Your majesty,” Alpha George said behind me. “I apologise for this…unseemly display. You can rest assured, the girl will be punished for her--”

Uncontrolled, my aura burst from my body and rolled over the gathering. Everyone dropped to their knees and bared their throats to me in a display of submission. That was, everyone except for Jane, who did a full turn, an expression of curiosity on her face. “What are you doing to them?” she whispered in awe.

I was too shocked to answer her. My aura should have brought her to her knees like it did everyone else. Gabriel and Connell looked at me in surprise, their eyes wide, mouths hanging open. “Why isn’t your aura affecting that girl?” Connell asked through our mind link. 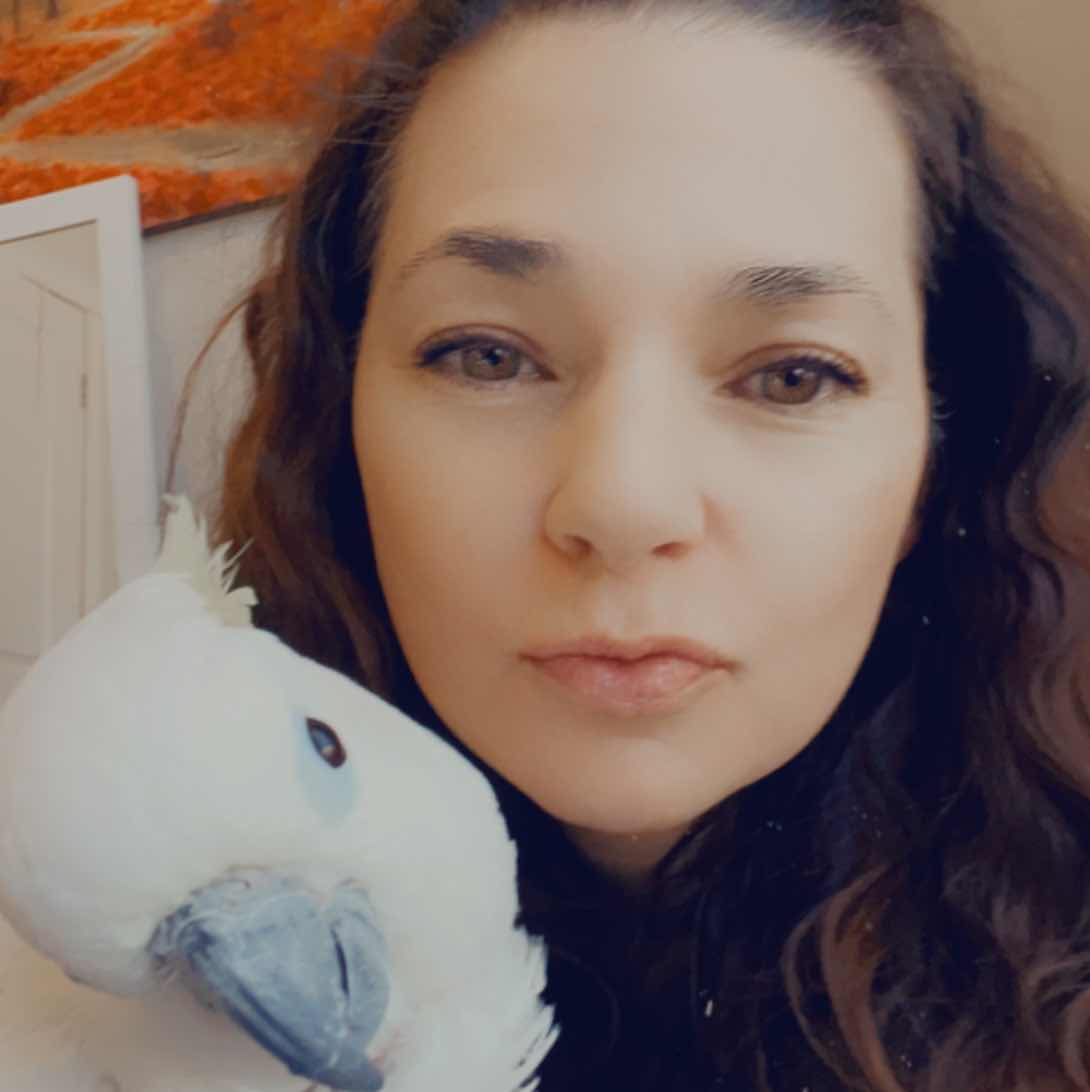 Sue Waymire
I love this story so far! It’s really well written and has a good plot.
VIEW ALL COMMENTS