Collapse of the Order

The sudden echoes of a loud noise interrupted the eerie peace of the dark room and halted the steady scribbling sounds of a pen. Startled, a young man in his early twenties twitched his brow, swiveling his neck.

With each passing moment, the study lamp at his table reveals his pitch black hair, abyssal dark pupils, and a face with average features. The dark circles beneath his eyes were evidence of his recent sleep deprivation.

His eyes squinted, and his attention revolved around the sudden noise from the other room.

|Did she sleep again while watching the Animal Planet channel on TV? What should I do about her habit?|

He sighed, staring at his notebook with his name in the corner, 'Tejasv'. Picking up his pen again, he started solving his remaining problems of the day.

Another voice shrieked, but this time, a faint womanly screech mixed in with the monstrous rumble and some low noise of footsteps. The pen dropped from his hands as he glanced back towards the closed door of his room.

|Could it be a thief? No! Who the fuck would roar while stealing something? Something's definitely wrong here.|

His mind instantly drifted back to the person in the other room, leaving his body covered in sweat. He muttered, "Mom!" and ran towards the noise source.

When he got there, he was shocked and horrified at the horrendous sight of the room. Crimson blood splattered everywhere, making it look like a scene straight from hell. Even in the darkness, the blood contrasted with the surroundings.

Despite his dizziness from the stench of blood, he glanced at the three green figures covered in blood as he was about to fall. They were around the height of children, and each one carried a sickle in their hands.

However, one of them had a human head in its grasp, and blood was dripping from it, echoing the tapping sound. The creatures were little, goblin-like beings that laughed eerily.

Tejasv's eyes slowly focused on the head the creature was holding. His body became numb, and his eyes became watery. Rage like he'd never felt before filled him from head to toe; his chest burned as if blood boiled within him.

He felt this anguish when he saw his mother's severed head and body with numerous stab wounds.

His eyes turned red as blood, and a shiver passed through every fiber of his body. He grabbed his father's golf stick placed beside the door, and he leaped onto the goblins.

When he attempted the attack, the creature threw his mother's head at him, forcing him to cover his eyes.

"These bastards! You'll pay!" he cried in a rage while gauging the enemy. They tried masking his eyes with blood to divert his attention and attack his blindspot, to kill him quickly without any chance for him to retaliate.

However, he did not waver but instead stood his ground. He glared and groaned while gnashing his teeth.

Among them, the one who had the head of his mother appeared to be the leader.

On his order, they surrounded Tejasv and started swinging their sickles in an orderly pattern, commonly used to corner someone into a bind.

He narrowly avoided being severed by the other two and bashed the head of the leader with his golf stick. He swung his stick until its head was smashed to bloody pieces.

Watching their leader, the remaining two were horrified and backed off a bit. Their bodies trembled like never before when they saw the view.

Tejasv roared at them and jumped on the other one. When he was about to hit the second goblin, the third one lurched its weapon from behind and tried to carve him.

Fortunately, Tejasv reacted with instinct, and it only grazed his back.

He didn't even flinch, as if all his pain receptors had deserted him. Instead, he started hitting them simultaneously until they transformed into a lump of meat.

Slowly, as his strength dwindled, he realized what had happened. Amid this bloody mess, he gleaned at his mother's corpse while reminiscing about his last conversation with her.

Just a few hours ago,

"Tejasv! come, lunch is ready", a voice that he had heard since he was born, filled with love and affection, but now the voice was nowhere to be heard.

"Coming Mom!" he replied as he moved towards her.

He still remembered how bright she used to be when his father was alive. His father died while serving in the army seven years ago, and from that point, his mother looked tired and aged, As more and more wrinkles appeared on her elegant face.

Today, he had the same thought about what he was doing with his life as an unemployed common man born into a middle-class family.

For five years, he had been preparing for a competitive exam to become a government official. Unfortunately, destiny had other plans and never crossed paths with him, leaving him to remain a pathetic and useless person for the rest of his life.

His old mother, standing firmly as his last support, was the only ray of light shining through his darkened existence. He never had a girlfriend or a lover, nor did he have the guts to have a crush on someone because of his inferiority complex. The only one he had was his mother.

His only motivation for pushing himself to the limit was to achieve success and give her the comfortable life she deserved. A life filled with happiness, with her proud son.

However, he never realized his mother was content to live a simple life with her lovely son.

Whenever he sounded tired of everything and was about to lose himself, she was there to prevent him from falling. She used to say the same thing, and that was also the last sentence she said today.

"Don't worry! Your diligent work will pay off someday, and stay happy even if you don't achieve something big.

I am always with you, my baby, and Mama loves you. "

She also left him there amid the blood and flesh. As his rage cooled down, he walked toward his mother's lifeless body, and his eyes became wet.

His heart ached with agony and loss. Tears started rolling down his cheeks as he repeatedly cried "Mom".

Eventually, he calmed down and began to look around his house to confirm the presence of any other goblins or monsters. He racked his brain about today's events, wondering if all this was a trick his mind played on him due to his exhaustion.

However, he could feel the pain from his wounds, so everything must be a reality.

|How did the goblins come here? They are supposed to be in a fantasy world. Even if they appeared, the doors were locked, right?|

He ventured outside and was shocked to notice a faint glowing barrier blocking his path from leaving the house. He climbed the stairs to the rooftop, and the same could be said for every building in his vicinity.

Each building was surrounded by a faintly illuminated wall. Everywhere in his field of vision was the same scenery of chaos, blood, and fire, resembling the gates of hell.

While he heard the cries of people from their homes, he saw monsters roaming in the streets, but that wall prevented any human from leaving. The buildings were like battlefields for the monster assaults on humans.

Although it was nearly impossible to believe, he composed himself, and his exhaustion forced him to rest for a while in his room.

At midnight, Suddenly a window screen appeared in front of him, and a voice rang in his ears:

>[Congratulations to the survivors!]

[You have completed your trial for the qualifications to live in this brand-new world.]

[With this, your qualification has been proven, and rewards will be distributed accordingly.]

[Every house is now a separate territory, and its inhabitants will be ranked according to their achievements.]

[Monsters summoned are based on the size of the building and the number of people living in it, so everything has been fair so far.]

[Those who are still fighting can request backup from others via the system by checking their rankings and performance through the uploaded survival videos.]

[Requesting assistance through the chat function. You can also set a bounty and reward them from your share.]

[Killing monsters will provide rewards through the system, but by requesting aid, rewards will be distributed among every participant.]

[The rewards could be a skill, item, territory, stats, coins, and many more].

[Coins are the currency of the system and can be exchanged with each other for anything, so stay alive and the next event will start after 48 hours.]

[Check the system window for any assistance or questions.]

Stunned, he watched the screen with his eyes bulging and his jaw-dropping.

Although he never read a lot of webtoons and novels, he could infer that this system screen would be required for survival. To understand everything carefully, Tejasv read over the instructions repeatedly.

He realized now that the world was entering a period of war and chaos. These wars are not just between monsters and humans, but could also be between humans with different motives.

Some people who dreamt that they should have been born during wartime would bare their fangs. Those with power, intelligence, and the instinct to adapt would rule and shape the world according to their wishes.

With a firm resolve, his eyes shined, and he said boldly, "From now on, I won't be the one who gets hunted; I will be the hunter."

The law of the jungle will apply again, and the strong will rule.

These times mark the Dark Ages of Humanity. 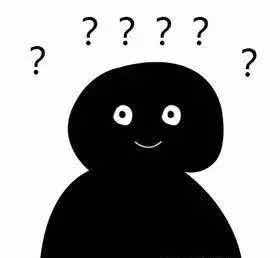