I was running out of time. I needed to find my mate or it will be too late for me and my wolf.

Sienna the pack witch said I needed to find my mate or I would lose my wolf completely.

How did she expect me to go back to a woman who didn’t wait for her mate and ask her to accept me? She chose another man for fucksakes.

Of course, I told her to find another solution but we all know how these witches are. Once they got fixated on something, they can never change it.

“Alpha, I know what you’re thinking. But if you want to save your wolf, your fated mate is the only way.” Sienna said as she stood in front of my desk.

I coiled my hands into fists. If Sienna wasn’t a powerful witch, I would have strangled her to death right now.

The word mate made my heart tighten and clench painfully. It was embarrassing for a man like me to lose my shit because of someone the moon goddess decided to pair me with. I mean, she didn’t even want me. Why should I be the one to suffer?

“Antonio will take over the pack.” I said nonchalantly.

“Are you serious Alpha? You would rather give the pack to that villain? Besides, I’ve already given you an idea about what to do with your mate. It’s a win-win.”

I groaned, pinching the bridge of my nose. Frustration bubbled up in me knowing there was no other option.

“I’m never wrong Alpha. You know that. This is a good excuse for you to go find your mate. I know you’ve always craved for her even though you deny it.” She winked at me and left my office, her flamey red hair trailing behind her.

I sat up straight in my seat as I pondered my options. Sienna was right. Finding my mate was the easiest solution. Or rather the only solution since the other one requires me to do nothing but await my wolf’s death.

And what’s an Alpha without a wolf? I would rather die.

But Goddess forbid. I still had a lot of things to do in this life. I refuse to die young.

‘Emilio, tell that dickhead, Alpha Adrian, that we accept his proposal for an alliance but I will be going to his pack to choose a mate as payment for the contract.’ I mind-linked my Beta.

Two days had passed and we were now driving through the territory of the white cloud pack. My wolf stirred in my chest knowing my mate was in this pack. But so did my hunger… I felt veins pulsate in my neck and my fangs threatened to come out.

My breathing became labored. I hadn’t even seen her yet but my body had reacted to her presence in this pack.

“Alpha, are you sure about this?” Emilio asked from the driver’s seat. I had wanted to discuss a few things with him on our way so I let him drive me instead of my driver, Edward.

“If I’m not sure why would I waste my time coming all the way here?” I asked him coldly, trying not to wince from the pain in my chest.

“Well, I was just asking just in case you’ve changed your mind,” He said, looking at me through the review mirror.

I met his gaze and strengthened my determination.

My mate caused this so she should fix this. I wasn’t willing to spend the rest of my life wolfless while she enjoyed her life with her chosen.

We found Alpha Adrian and his Beta waiting for us on the patio. My brows furrowed when I didn’t see the person I had come all the way here for.

Where is she? Shouldn’t she be at her Alpha’s side as his Luna?

Alpha Adrian approached when we alighted from the car. For security reasons, I traveled in a convoy of three cars with my warriors who paused as bodyguards in the human territory.

“Welcome to our pack Alpha Manuel. This is my Beta, and second in command, Ben.” He said, pointing to his Beta.

I couldn’t help by sweep my gaze over Adrian. Golden brown eyes, and short black hair that was shaved in the sides but he was a few inches shorter than me. I scoffed internally, he was nothing special.

I nodded briefly at his words while Emilio did the talking.

“Thank you, Alpha Adrian. We are happy to be here too.”

They led us into the house and that was when a pleasant smell hit my nose with full force making my cock harden at once in my pants. Jasmine and Lavender with a hint of chocolate. My favorite. I felt my wolf stir and he howled inside me.

My eyes wandered around the lounge to find the source of the intoxicating scent.

My heart sank when I saw her standing timidly in the corner while looking at her feet. This was not what I was expecting to see. What happened to the proud, cheery girl she was five years ago?

Something tugged at my heart when she got startled by my presence and dropped the tray. It took my all to not snap Adrian’s neck in half. How dare he treat her like that?

She looked frightened. But it was undeniable that she was still beautiful. One of the best-looking she-wolves I’ve ever seen.

Her jet-black hair suited her fair skin well and her gray eyes were mesmerizing. What surprised me was the way Adrian was treating her. I thought they were in love. That’s why she chose him right?

I couldn’t take it anymore and stepped forward. Leaning down, I scooped her into my arms. Sparks erupted through me and for the first time in five years, I felt alive.

She was scared of me and couldn’t even look me in the eye. What the hell did this bastard do to my mate to change her to this? She had turned into a shell of herself.

Anger rose within me and I fought the urge to rip his heart out.

After I helped Lea remove the glass shards, the bastard ordered her to bring unmated she-wolves for me to check.

There was no need for that but I said nothing. Bidding my time. It seemed I would have to use another strategy seeing that my mate is not very happy with her chosen. I don’t necessarily have to use force to take her with me.

Deep down, I wondered how she felt to find out I am the mate she threw away. She kept stealing glances at me and I knew she was affected by my presence.

Good. That would make things easier.

She went away and came with a queue of dolled-up women. They were all boring but only one got my attention. Not that I was interested in her but I liked her boldness. She was an Omega yet she bravely presented herself as a potential suitor.

I nodded my head when she was done introducing herself. I was a friend of strong courageous women. My pack didn’t have any weak women and I was pleased to find such here as well. What baffled me was why Lea had changed to this timid woman I was seeing in front of me.

“Do you find any appealing flower that you would like to pick?” Adrian asked and I pretended to scan the females for a few seconds and then locked eyes with Lea. The only reason I’m here.

“You do? Who is it among the ladies?” Adrian asked excitedly and I scoffed internally. He’s so eager to strengthen his ties with the Mafia.

I could sense Lea’s anxiety. It was written all over her face. I smirked, taking my time to answer.

“Yes… tell us. Whom do you choose? Who has captured the eye of the most powerful Alpha?” Adrian kept pushing.

I kept quiet and took a few puffs of my cigarette, my eyes staring intently at Lea.

I came here with an intention. Five years ago my mate was stolen from me right before my eyes and I foolishly let her go without so much as a fight.

Something I regretted deeply.

Now, I’m here to snatch her away. 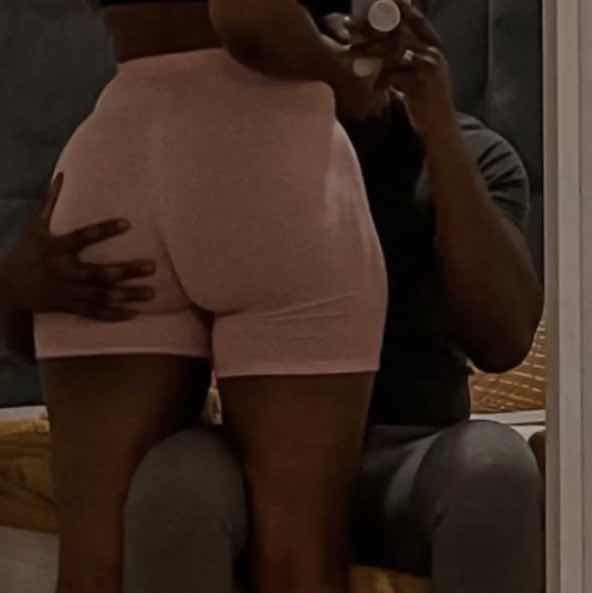 Anita Opoku
I have to wait till the book is complete before I can read I can’t be in suspense ............I hate that energy
VIEW ALL COMMENTS