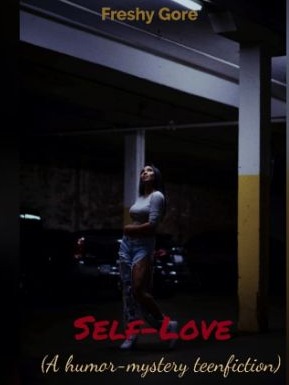 I couldn't see his face clearly from where I was standing and the dim lighting of the party didn't help either but from what I could see, I could tell he was tall as in really tall, probably 6.5ft with wide shoulders and dreaded hair. He looked bored as he kept glancing around unseeingly and I could tell his mind was somewhere else, not at the said party. Whirling my head around to tell Tenda something, I was stunned to see her walking away with Tony by her side. "Well, I guess I'm alone for the night," I spoke feeling a pang of pain as I was left all alone. I sniffed, squared my shoulders, and gulped the rest of my drink as I decided to go meet Mr hot stuff. That was what I concluded to call him till I knew his name. Original I know "Hey there," I waved when I got to him, and may I say Damn again. This dude was really fire. Upclose, I noticed his fair-skin, pink lips and dark eyes, really deep dark eyes that looked like oceans of black water where you could freeze and drown in their depths. From the distance, before I could tell he had broad shoulders, staring at him at that moment, I discovered the shoulders came with a tight six-pack, which was slightly visible from the way he was seating on the stool that had his low V-neck shirt clinging to his skin. His face was well sculptured with high cheekbones and a very hot sharp jaw. "Go away, I ain't interested," He spoke in a deep voice, without sparing me a glimpse, and boy was his voice real deep and sexy that it sent my skin vibrating as tingles ran down my spine.