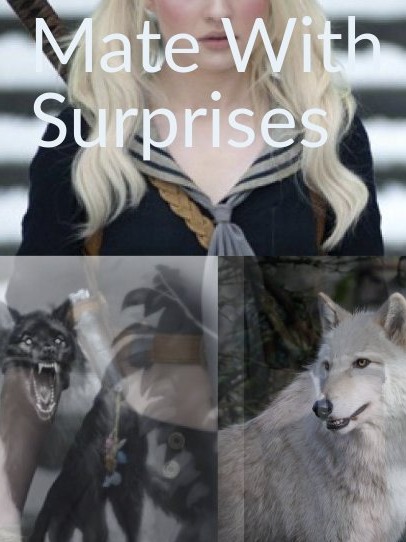 The wolf just looks at me and then looks to his own back as if saying hop on. "Yeah no way that's happening. You get your paws on me, a human. Who knows your secret. And what's stopping you from killing me? Come on like I barely escaped 2 vampires last night who are basically human with extra speed and umm a want for blood. I'm not sure if I have the energy to put up with you right now. Let alone the 2 other guys who I am assuming are werewolves and are with you and should put some clothes on if they want to be on my property." I hear two gasps and ooh she's good. And then bones cracking, popping, and breaking. Both wolves jump from the bushes behind me. I am not fazed by them and start picking a bunch of blueberries. Layla May Wolf has been on the run for awhile now. Ever since she started seeing vampires and werewolves who've taken interest In her for her being immune to a supernatural ability called a charm. Its where they can get any human to listen to them just by talking to them. But Layla isn't one to be told what to do. So she packs up her life in California and runs. She doesn't have an aimed direction but she just wants to leave thinking that the werewolves and vampires want to kill her. She makes it to a forest in Idaho only to be found again. But this time by werewolves. She's scared out of her mind but refuses to go out without a fight. But these supernatural things she's grown to hate. Are about to be the next thing she's going to come back love.