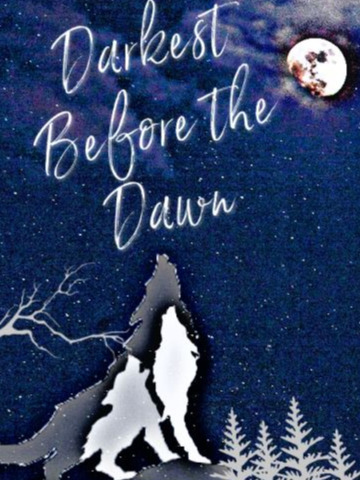 Darkest Before the Dawn

Dawn is a seventeen year old werewolf who lived with her birth pack for fourteen years. When she was still a child, the Alpha discovered a rogue gene in her, a gene that allowed her to disobey the Alpha Command. Dawn is branded a rogue and is banished from her pack forever. Taking nothing and saying goodbye to no one, Dawn has to live her life hiding in the shadows from packs who wish her dead. Wanting nothing more but to be apart of a pack again, she is left with a life of loneliness. Nathan is an future Alpha, who has been raised all his life on how to protect his pack and to kill any rogue that crosses his path. In order for Nathan's father to pass down the Alpha position to his son, Nathan must have his mate. Though what happens when the future Alpha who has been trained to kill rogues and a rogue who wants nothing more than to be apart of a pack again, become mates? Torn between their values and their hearts the two mates have to come to a life changing decision. Do they spend the rest of their lives together as equals or do they destroy each other?