Home/ Billionaire/ The Playboy Superstar Versus The CEO/The More You Hate, The More You Love
LOGIN
Library
Add to library

The Playboy Superstar Versus The CEO
Author: LiLhyz

During a bright sunny weekend in California, from within an exclusive community of the rich and famous, a black Maybach was driving from one mansion to the next, covering over five kilometers in distance.

The same vehicle made another two-minute drive from the gate, going past an enormous lawn before arriving at the driveway.

Getting off the luxury car, Joan Belle instructed her driver, “I will call you when the lunch is over, Alfred. Thank you for driving me.”

She watched as the vehicle left the driveway and exited the tall gates of the Hale estate. Only then did she turn to face the 10,000 square-foot mansion, the biggest one in their community.

Joan sighed and said, “Here we go, the man of my dreams. Joan’s attempt number 212. Good luck to me.”

The Hales were their next-door neighbor. She was sixteen when her family moved to The Grand Royal Residences, a luxury neighborhood of huge mansions in California.

From one event, hosted by the Hales within the community, she met Christopher Hale, the only heir to the Hale Industries. She was attracted to him at first sight, but it was when he helped her from getting bullied at school that she concluded; she loved Christopher.

Joan and Christopher were not only neighbors but schoolmates at the same high school back in the day. Christopher was two years older than her and as soon as he left for college, they barely saw each other until he permanently returned, ready to conquer his father’s empire.

She did not know how long she was staring at the entrance of the white mansion, but after taking a long and heavy breath, she began to take steps into the home with the security, opening the vast doors for her.

She was holding up a box of Christopher’s favorite cake in her hands as she walked past the living room and towards the dining area.

It was Christopher’s birthday, but before having a party that evening at a prestigious hotel, it was a tradition for close friends and relatives to have lunch at the Hale estate for an intimate gathering.

Her family, the Belles, were practically considered their closest friends now, having lived next to each other for ten years. Only that, her parents were still on the way back from a business trip and she came alone for the lunch gathering that day.

Joan smiled brightly upon arriving in the presence of Christopher’s relatives. Her elegance reflected in her grace, the healthy glow on her skin, her beautiful golden curls, and through her semi-conservative, yet fashionable dress.

That day, she chose to wear a sophisticated three-fourth dress that had a v-neck cut on her chest, showing just enough skin. Her dress flowed freely with a small slit on the front, flaunting three inches of her legs above the knee.

For Joan, it was daring enough. It was her special choice for Christopher’s birthday. Of course, she had another eccentric evening gown in line for the grand party at the Ritz-Carlton Hotel.

“Joan, my dear. You made it,” said Meredith Hale. She welcomed Joan with a peck on her cheek. “Like every other year, of course! You would never miss any of Christopher’s birthdays! Thank you for coming.”

Meredith, a woman in her late fifties, also slender, blonde but with short straight hair. She was Joan’s biggest supporter, Christopher’s mother.

“Um, Aunt Edith. I wanted to give him the cake personally,” said Joan, lowering her voice as she leaned closer to Christopher’s mother.

Meredith sighed and faked a smile. She loved the girl in front of her; prim and proper, wealthy, slender, and beautiful. How she wanted her to be Christopher’s wife someday, but in all the years they have known each other, she feared her son may only look at her as a friend.

Her son had been entangled with many girls, but never once with Joan Belle.

Still, she smiled at Joan’s efforts and said, “You should. You should give it to him. Take the seat next to Cole. When my son comes down, you can give the cake to him.”

Joan forced a smile after hearing the name she hated the most; Christopher’s best friend, Cole Adams.

When Meredith let her be, she frowned while walking to a long table and finding a seat next to the infamous playboy in the city.

At twenty-seven years old, Cole Adams was a swimmer, a famed athlete gold medalist, winning three world aquatic championships in a row. In between competitions, he was a famous model for well-known clothing lines and swimming apparel.

His face, his body, and his name could practically be seen on billboards, magazines, and social media feeds. He was a sensational model and athlete, but regretfully, a playboy.

He also studied at the same high school with Joan and Christopher, but they never once got along.

Like always, he gave that flashing, killer smile that was supposed to melt a woman’s heart. His black hair, paired with his intense dark-brown eyes, was also supposed to make any woman weak in the knees.

It did not quite work with Joan, however. She only had eyes and a heart beating for Christopher Hale.

She put the cake on the table and rested her bag on her lap, not minding his words. She always found Cole irritating and overconfident.

Ignored, Cole chuckled and abruptly leaned over to her, nearly pressing his lips into her ears. He said, “I love it when you ignore me. I think it’s fucking sexy. Are you seducing me, Joan?”

Joan’s eyes grew wide. She leaned back, hissing, and said, “You!”

Realizing how he affected her. She took a deep breath and collected a few seconds to compose herself. She softly replied, “Please. Don’t talk to me. I did not come here for you. I came here for your best friend.”

She settled for a second, smiling and greeting Christopher’s other relatives who were also present before she turned back at Cole. He was still at it, giving her his inviting stares.

Joan cast a disgusted look at him and said, “I… hate… your… guts.”

Cole was left chuckling again before he drank a glass of water. He gulped it down and once again; he leaned closer to Joan. With his manly voice, he whispered, “Well, you know what they say. The more you hate, the more you love.”

Sonia Aka Debs
Lol careful you don’t fall for Christopher’s friend Joan lol. He seems like a charmer and a challenge

Renaldo Parker
we will see
Haylee
I love it so far!! 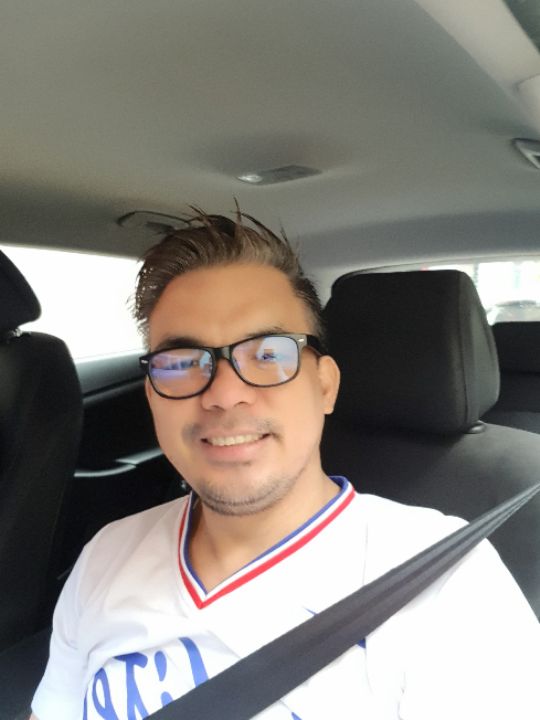 Prince Ricarte
ohh my ohh my