Home/ Werewolf/ The Forsaken Alpha/Underestimate me, boy, I dare you.
LOGIN
Library
Add to library

Underestimate me, boy, I dare you.

Mom drags me down the street. Every time she pulls me to move faster, I have to adjust the straps of the stupid dress. I don't understand why I had to wear it- it's freezing outside, but I'm running around like it's the middle of summer.

Not to mention the dress makes me look like a corpse. Plus, mom put so much foundation on everything she deemed as imperfect- my legs and arms are covered in yellow spots. Her attempt to hide the "hideous" parts has resulted in me looking sick.

We get to the ceremonial clearing on time, but I still have to listen to everything mom says. She whispers insulting things; I know the wolves can hear us- a few give me nasty looks. Why me when she's the one being unreasonable and rude?

I watch Alpha and Luna talking. They try to explain the rules, but as soon as their words reach me, they fade away. I can't focus on anything.

My eyes scan the crowd; there are no familiar faces other than my best friend. She's in the front row- it's a pity, she's a beautiful woman and wanted to meet a wolf, but no one spoke up to claim her on time.

Every time my eyes lock on something, I lose interest and return to staring at my feet. They call out name by name, and with each couple leaving, my heart beats faster. Soon it's my turn, and there's nothing I can do to stop the ceremony. I don't want to be here.

"Selena, Amelia, Cynthia, Amethyst, and Krissy, please line up!" A shiver runs down my spine as my name crosses Luna's lips.

I step forward and stop in line. I feel like all eyes are on me, and suddenly, fear isn't the only emotion I feel. I'm anxious about what might happen next.

My mom told me that she has someone who will choose me, but it's not like I want to follow a stranger home. I don't understand why we can't stick to traditional dating- get to know each other first and then decide if we want to take the next step in the relationship.

While I keep shifting my weight from one leg to the other and biting my bottom lip, my mom doesn't appear nearly as concerned as I am. She steps forward and addresses Luna. But as they discuss something, I can't focus on their conversation to understand anything.

I stare at the pack's Luna as she smiles ever so warmly. It must be nice to be around someone so bright and caring as her. These thoughts don't last long because my mom nudges me and gestures to a young man walking towards me.

Oh God, no, anyone but him. Has she lost her mind? Is it greed that has clouded her judgement and her ability to choose a suitable man?

William walks toward me, but the only thing I see is the slick, disgusting grin plastered across his lips. This guy has been my worst nightmare since I can remember- he's hurt me every chance he gets, both physically and mentally.

He tries to grab my hand, but before our hands can touch, a ground-shaking growl erupts nearby. William jumps back as I try to notice anything around where the awful sound came from.

"She! She's mine!" I hear the voice break through the gasps of the crowd before I notice someone is pointing a finger at me.

I take a step back to increase the distance between William and me. While I'm not thrilled that mom chose someone for me, I'm not entirely happy that there's someone else who wants to lay claim to me during this ceremony. I don't feel like a human being anymore- these men toss me back and forth like a toy.

The powerful voice cuts through waves of words before a tall figure appears on the hill near the edge of the forest. "Try to touch her again, and you'll step into the Arena with one less limb than you have now. Underestimate me, boy, I dare you." The stranger's voice is calm, but the way he threatens William scares everyone, including me.

As if the stranger wasn't enough, Luna nearly leaps off the stage and stomps towards him. "Kane, don't you dare disrespect me like that!" She screams at the top of her lungs. There's nothing left of the elegant and down-to-earth lady.

All eyes focus on the two of them, and even though it's the start of a new drama, I'm glad no one is paying attention to me.

"I made my choice." The dark figure speaks up again. Out of the corner of my eye, I watch him step closer to Luna. "Isn't that what you wanted, mother?" I gasp at his words.

Is the stranger really Luna's son, or am I just imagining it?

I watch the crowd step aside and let him pass as the figure approaches me. A shiver of fear runs down my spine- if this man is Luna's son, that means he's a shifter. Oh God, anything but that.

I've had enough of the shifters' doings in the woods; I don't need one of them to choose me.

Luna spins around to face me. "You, girl," she points her finger at me. What is it with them pointing their fingers at me all of the time? "Do you agree with my son's choice?"

Do I have the right to say no? I'm not sure that's how this whole ceremony of choosing works. Didn't she mention that it's up to the men to choose their partners and that the women have no say in who brings them home? If I'm not mistaken, the men are supposed to fight and whoever wins gets the girl.

I lose any ability to function until my mother pokes my side. I know she wants me to go with William, and honestly, of the two choices I have, the stuck up brat is the best option.

"No, my Luna." I look down at my feet as the answer passes my lips.

Another ferocious growl shakes the ground as the man appears beside me. "Mother, you're well aware that's not how the ceremony works. I've made my choice, and she has no right to reject me. Since I'm not the only one who has chosen this woman, we will settle the rest in the Arena." He grabs my hand in his and gives it a gentle squeeze.

My heart skips a beat. I didn't think shifters could have such soft skin or such a gentle touch. It looks like he's gripping my hand, but in reality, he's being very careful.

I gulp as whispers surround us. Is this the moment I suddenly become the new subject for another gossip because a wolf-man chose me?

"Hold up!" Another voice joins in, but this one is louder. I recognise the owner; it's Lady Hamilton, William's mother. "This wasn't a part of our deal. With all due respect, Luna, we never agreed that our son would have to fight a shifter." Though she sounds respectful, the woman can't hide her disgust for the creatures.

"In that case, since your son chose her first, and there was an agreement, he gets the girl." Luna waves her hand and tries to leave the clearing.

Yet, her son doesn't seem too thrilled with her attempts to separate him from me. "Stop right there, mother. Once again, that's not how the ceremony works. The humans didn't have the right to lock a deal before, during, or after the ceremony. As a matter of fact, they had no right to think of this deal, let alone go with it. Either the boy enters the Arena with me, or I tear him to pieces right here, right now. It doesn't matter how or where it happens- I'm not leaving without the girl. Dare to attempt to change a rule or two; the Council will raid your damn pack before you can blink."

"Kane, are those threats?" Luna gasps and places a hand over her heart.

I glance at the stranger and notice a smirk spreading across his lips. "No, mother, it's a promise."

"But they had a deal; you heard the humans loud and clear. The ceremony is a formality. The families chose the two of them for each other; you shouldn't stand between them." Luna tries her best to repeat the same thing my mom mentioned. Why doesn't anyone ask me if I was ever part of this deal and if I even agreed to it?

Just as these thoughts cross my mind, the wolf-man leans down, and his lips brush against my ear as he whispers, "Did you know about the deal before the ceremony?"

The question surprises me, but I quickly shake my head and answer. "She told me hours before the ceremony. My parents gave them money to pick me. It's a twisted sale where they get both the goods and the money."

He nods and immediately turns to my mother. "How much?"

The stranger places his large hand on my head and repeats the question. "How much did you give him to choose her?" Before mom can say anything or deny his accusations, he adds, "Don't try to deny anything; I see right through your lies."

"Five hundred." I watch my mom look down at her feet in shame.

The crowd erupts in gasps once again. This has to be the strangest ceremony they've witnessed.

The next thing seems like something out of a movie- the stranger leans down, slides his arm behind my knees, and throws me over his shoulders. He pulls something out of his pocket and tosses it to my mother. "You'll get double that as compensation for the ruined deal." Hr snaps at her.

Then, he addresses William. "Are you losing a limb today, boy?" His voice resonates with nothing but anger and annoyance.

The wolf-man carries me away from the scene, but I'm too shocked to fight back. Yet, I'm not surprised that golden boy William didn't try to fight. He's big and strong only when he's abusing women.

I take one look at my mother, who is on her knees, reaching for the money. My mother has sold me once before, and she didn't bother to hide her greed today either.

Ahmed Aslam
nice novel
Kelly Rohrer
Just wow! But so happy Kane has her - she will be protected and treated much better 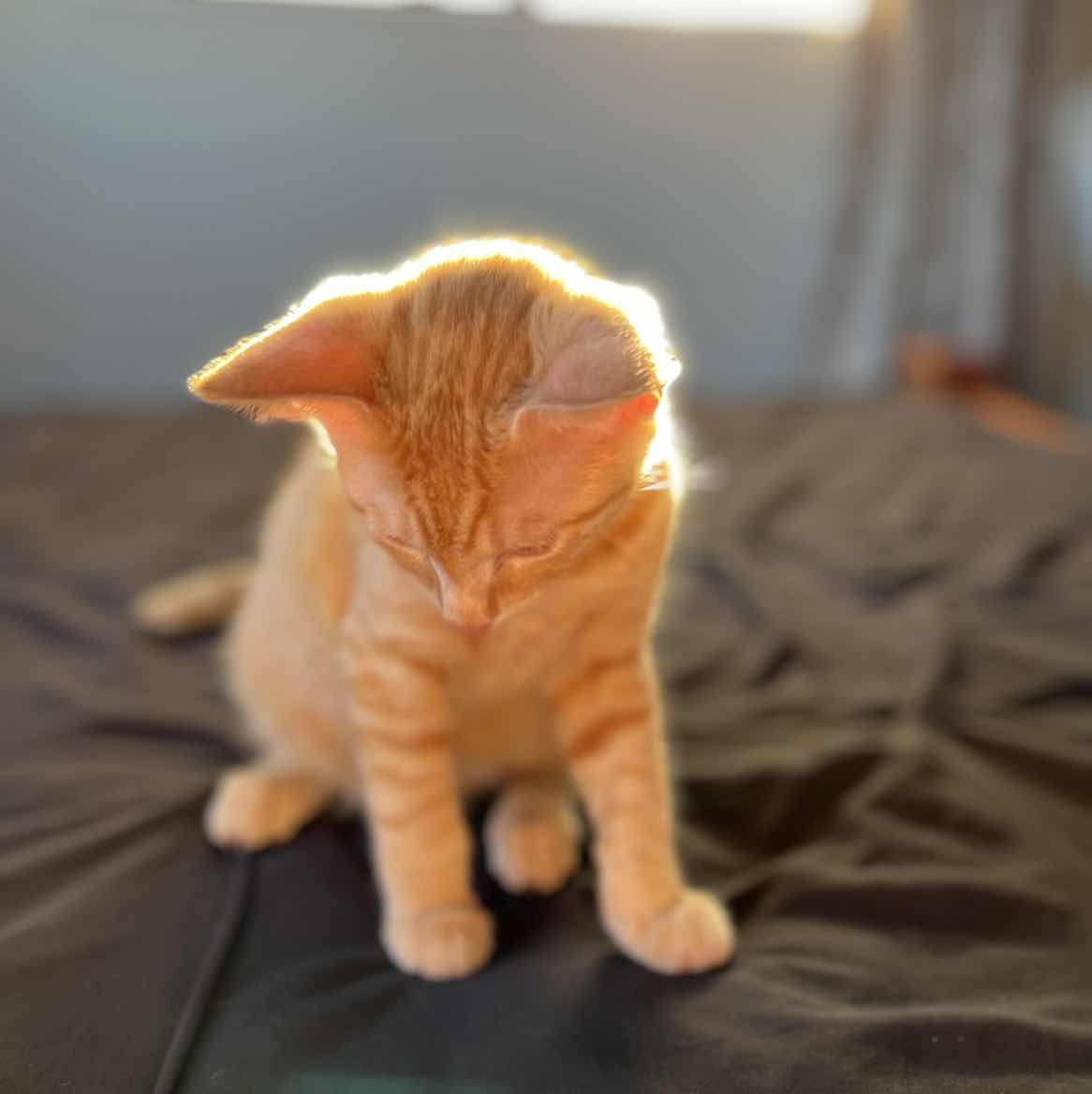 Marilyn Kiriona
Not impressed with the app. Have to go out off the app to get to the homepage. Kind bs really....️ Skylyn Gordon
Your daughter is worth $500? SMH
Ann
This app is awful! I can’t even get to my library! Very disappointed!

Issele
Too funny - Kane throw Selena over his should like a sack of potatoes. So caveman like; but he’s asked her for input respecting her say in all this - well kind of
Aman
I was reading awakening, it’s disappeared and another novel has appeared ?????
Lisa Jaynes Land
Said I got 20 free chapters! I got 7!
VIEW ALL COMMENTS