What’s worse than being a Rogue? Being a Rogue rejected by her destined mate and yet still feeling the Mate Bond Pull. I know I told people that I expected my mate, Nikolai Volkov, to reject me - and I did. But the mere fact still hits me so hard that I feel breathless at times.

Being rejected feels like shit. It hurts you right to your core, even more so because I’ve been an orphaned Rogue all my life. Well, I’m used to being on my own with no one at my side. However, Alpha Cain took me in and now I’m in a pack again. But my Rogue Blue eyes are still there since I don’t have my wolf yet.

Every now and then my mind drifts to Nikolai. How he rejected me so casually and how his attitude did a complete reversal when we met up again. He scented me and said he wanted me at his side and would prove that I belonged to him.

But that was four years ago.

Since then, I haven’t heard a word from him, and my heart breaks a little more every day. It’s fucking stupid, I know; waiting for something you know will never happen. It’s just as I said… he built me up just to break me down again.

The Rogue got rejected and thrown aside... Again.

Since then, things have been looking up. I belong to a pack again, and I’m so close to my Alpha that he gave Hell’s Kitchen to me to oversee while he takes care of his birthright, the Silver Sun Pack. The Pack warriors here respect me and look up to me; well, all except for one. I even lost a bit of weight while training with Alpha Cain’s Beta and Gamma, and because of this, my confidence shot up.

Man, I have everything I could ever have wanted and yet nothing at all.

“Is there a reason you’re still sitting on your ass instead of getting to work?” I cringe, and my body stiffens at the voice behind me, and I turn to look at him.

Will Stanton, one of Alpha Cain’s most ruthless warriors and currently my boyfriend. Things with him started off as a one-night stand, a way for me to forget about Nikolai and his rejection. But then Will demanded to get serious, and shortly after that, he moved in here on his own.

The first time I told him I wanted to break up, he punched me so hard that I only woke up four hours later. The second time he took a silver knife to my skin all day long, then still made me go to work after that.

The absolute agony and humiliation sunk deep into my bones, and he won’t let me forget it. He takes all the money I make and uses my body to fulfil his needs all while taking flings on the side. This has been my life for the last year, and Will finds me no matter what I do.

I can’t go to Alpha Cain with this; or rather, I won’t. He’s done so much for me already, and I don’t want to place anything else on him. So, I’ll tough it out for now until I eventually gain the strength to run away.

“I just got out of the shower, babe. I’ll get dressed soon,” I say, and give him a sweet smile. He’s already started early with the absinthe, so he’ll expect a lot of me tonight.

“Good; remember, I want that 5k tonight and if you have to suck dick to get it, then do it.” He says, stumbling out of the apartment and slamming the front door.

I flinch when he does this, then sigh and walk towards my cupboard to get ready for my shift at the bar. Alpha Cain owns it, but I’m managing it for him while he’s away; see what I mean by he’s done a lot for me? The man literally gave me a place in the world again; the last thing I want is for him to do more for me.

His pack has grown since he claimed his territory back and started negotiations with other packs. He’s trusted me to oversee the rest of the pack here in Hell’s Kitchen, so bringing up a minor abuse issue seems irrelevant.

I know I’ll live to regret it one day, but I would rather not be a burden to a man who literally gave me a new life and purpose. It’s not fair to him.

Sighing, I brush my lifeless blonde hair, saturate my skin in a heady flowery perfume, and leave my apartment to make my way to the bar. Luckily, it’s only up the road from my place, so I usually just walk there when I need to. Tonight will be more or less the same; the wolves will gawk at my cleavage, cop a feel of my butt and jeer all night long.

Before, I loved the attention because I always used to be the ugly girl; now, I just wished it would stop. If I dressed better, I'm sure I would like myself more, but Will would never allow me to. He likes the fact that I dress half-naked because I make better tips, and more tips mean fewer beatings.

I think that I would have been better off if I had never come to New York and continued living my miserable existence in Seattle. I had no one who would miss me, maybe one close friend, and would still be speaking with Nikolai’s wolf while listening to how his life played out. But then again, considering someone had kidnapped Nikolai and tortured him, I don’t think he would even be alive right now.

I need to stop dwelling on the past and get my head in gear for work tonight; fuck knows these wolves like a pliable bar lady.

But even as I have these depressive thoughts, all I can think about is Nikolai and his promise to win me back four years ago. Why would he do that if he never intended to act on it? Did he genuinely like to see me suffering that badly?

“Nova!” Estelle, one of the bar ladies, calls to me with a smile on her face. She’s a 20 something which just moved to Hell’s Kitchen after running away from her abusive pack. Alpha Cain accepted immediately; our Alpha has a tendency to accept Rogues, and they respect him for it.

“Hey, Estie, what’s happening?” I ask, rounding the corner to the bar, and she shrugs.

She rolls her eyes. “Same old scumbags in here as usual,” she says with a scoff and leans on the counter. “Will was in here a few minutes ago, drunk out of his skull as usual and left with that skank from Philly.”

I shrug. “He can do whatever he wants with whoever he wants; I stopped caring a long time ago.”

“Then why the fuck are you still putting up with it?”

I raise my eyebrow. “Why did you?”

Okay, I know I’m overstepping right now, but she had no right to ask me why I’m still with an abusive boyfriend when she stayed with an abusive mate for years. Sometimes I think the Goddess screwed up when she mates some people with abusive partners.

She sighs and gives me an apologetic smile. “Fair enough. Sorry about that. But I think you need to tell Alpha Cain about this; he’ll sort Will out immediately and hang him out to dry. You don’t deserve the shit he’s putting you through!”

I shake my head at this assumption. “Alpha Cain has done a lot for me; I can’t expect him to keep fixing all my mess-ups, Estie. He’s an Alpha, not a parent.”

“No buts! I’m fine and will sort it out. Now, the BlackFoot pack has just sauntered in, so let’s serve them and forget about this conversation, okay?” I cut her off and looked ahead of me to welcome the pack of wolves.

Same old people, same old come-on and flirting. I’m so sick of it, and I swear I’m going to run away from here one of these days. Man, I can’t wait to live on my own again. As much as I enjoy being part of a pack, I prefer the solitude of being a Rogue. Fair enough, Rogues are weaker. I feel like I’m part of a family, and these wolves would die for one another, but I never craved to be in a pack.

I would rather be on my own, with my own thoughts and living my own life. There’s less shit to deal with when you’re a Rogue, and you don’t have the responsibility of a pack to deal with either.

“Back-alley, right fucking now,” Will's drunken, raspy voice snaps me out of my happy thoughts, and I breathe out a frustrated sigh before following him out.

Wonder what I’m in for now.

Comments (9)
Marlenny Fernandez
Drily, telling her to read book 2 was enough. Not need to spoil the book. Be respectful 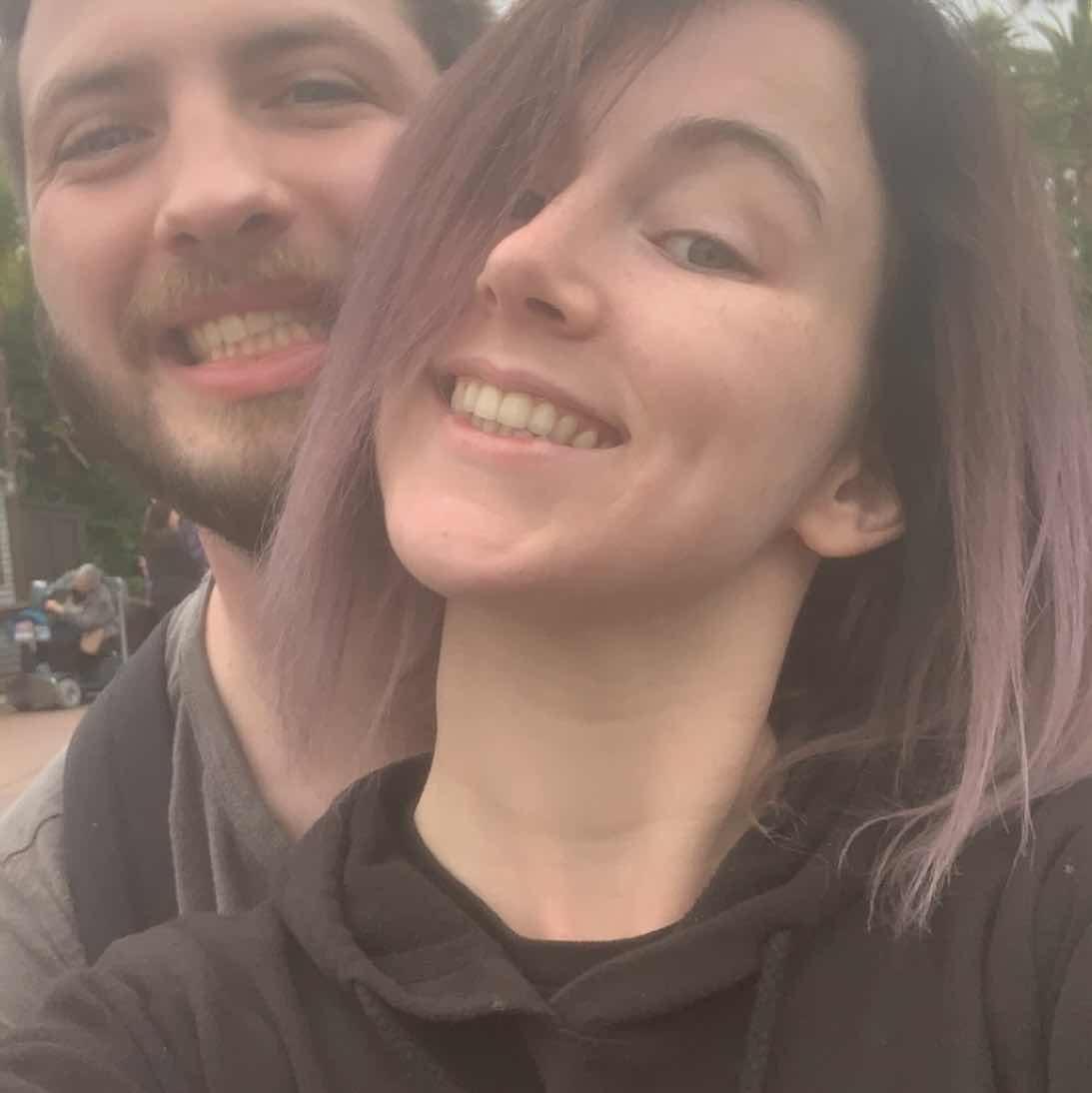 Deulu
Chapter 13 goes into it actually

Deulu
In book 2, !!!!!SPOILER!!!!! you find out he was kidnapped, and the body they mourned/burned was someone bad people made to to look like Nikolai. His kidnappers were going to use him as a sacrifice for Kon’s mate’s(she was kidnapped and really abused) demon god baby(lots of story) They ended up safe

Deulu
OH MAN IM SO EXCITED! Says book was coming out in May, so on May 2nd I come and look and see 22 chapters already! Oh hell yes! Lizette
I thought Nikolai died in book one. I’m confused. Now   I have not read this book yet I just finished book one and about to start to but I saw this title and kind of lost
VIEW ALL COMMENTS