~Leo~ Tamia was my life, my love. There was nothing that I wouldn't do for her. I loved her with all my heart. When I promised to mate with her, I meant it.

She was perfect for me. She was beautiful inside and out and had the strength a luna should possess. I loved her qualities too. I could not let her slip away.

I had had a crush on her for a while, and when the opportunity to court her presented itself, I took it and never looked back.

We had been married for five years. I loved her immensely.

My love was so strong that I believed it would be easy to reject my fated mate if I ever found her. She promised to do the same.

I never knew that I would cowardly break that promise.

Tamia did not want to go to Casper's dinner party. I should have listened and cancelled, but I went, which was the beginning of my downfall.

Her scent caught me off guard and drew me to her like a magnet.

Mint and apples, sweet and delicious.

I felt my love and affection for Tamia disappear immediately. I fought to hold on to it, but the pull of the bond was so strong.

"Mate," She linked me, and I responded.

Amanda was her name, and she was my doom.

I had to touch her and see her. So she asked us to talk on the balcony. I reluctantly went.

The moment I got there, I was trapped. I wanted to reject her, but my mouth couldn't form the word; my wolf, Black, could not do it. We wanted her, all of her, and to keep her.

"Good evening, Alpha Leo," she said, and I swallowed.

She did her homework. I was surprised at her, and instead of maintaining a stoic face, I smiled warmly, and she fell into my embrace.

"Mate," I heard myself saying the words effortlessly, and everything else faded away.

Amanda told me about herself. She was a medical doctor, and she was smart and intelligent, too. Luna material, but she could never be my Luna because Tamia and I were already united.

"I have to reject you, Amanda," I said, her eyes welling up with tears.

"Alpha Leo, please," she pleaded and buried her head in my chest.

Soon we began to kiss, and I hoisted her up, ready to take her, but I fought my wolf and my desires and let her down.

I knew my actions would hurt Tamia, which was the last thing I wanted to do. I did not want to hurt my wife."Please, alpha, I can be your mistress. Don't let me go; dont reject me. Please, you need me; I need you," She cried and honestly, she did not do anything to me. I should have waited, but how was I supposed to know I would find my mate? It was rare.This was a miracle and a cruel one.How will I handle this? Keeping her as my mistress was not a problem, but I would have to inform Tamia first. If I don't reject her, I have to accept her, but will Tamia accept her too?I know what I thought was cruel, but fate was cruel to all of us either way. Cruel to Amanda by tying her to a married man, cruel to Tamia by connecting her to me before letting me find my fated mate, and cruel to me by putting me in a position where I might have to break all my promises and be the villain in what was supposed to be my love story.I left Amanda on the balcony without a word and headed out.I got back to my table and learned that Tamia had left. When I got home and she wasn't there, I realised she had figured it out.If she had doubts initially, my make-out session with Amanda would have made her realise it.I hated myself. I hated fate for what it did to me. I did not know who to discuss this with. If I told my father, he would ask me to make Amanda my luna to make me stronger and have strong pups with her alpha genes. If I rejected her, I would lose some of my power, making me unfit to rule. But thinking of the pain innocent Tamia would endure every time I touched Amanda, put me in a serious dilemma.What I did not understand was why now. Why this, and why me? As the strongest alpha in my region, I could not afford to lose my power, but I loved my wife. I loved her dearly that subjecting her to pain was out of the question. I needed time to think about it.I sat on the couch in my dark living room, pondering over the matter, with a drink in my hand. I wondered where Tamia could have gone.While thinking of her, she walked into the house, naked and broken.I wanted to go to her, but she radiated anger, so I gave her space."How could you, Leo? You promised. You said if it ever happens, you will reject her. You said I was enough. You promised me." She growled.I remained silent. There was nothing I could say to defend myself.I had fucked up, and I couldn't guarantee there would not be another. When I had promised to reject my fated mate, I had only said that because I knew I wouldn't find her based on statistics.I wondered what fate was playing by this.I returned to the room later and realised that Tamia was wide awake. How could she sleep? I did not expect her to be asleep. She was in pain, and she was afraid she would lose me.Letting her go would not be easy.I promised to always be with her, love and cherish her, and I will be a bastard by breaking those promises.If I rejected her, it would weaken my wolf; no pack would take her, and because I was the alpha, she won't be able to remain in the pack. I would never do anything that would make Tamia homeless or a rogue.If the pack found out about Amanda, they would ask me to push Tamia aside and allow Amanda to be Luna because mating with Amanda would make me stronger and bless my pack. I was in a serious dilemma.I prayed the pack members would not find out and force my hand. As much as I love Tamia, as alpha, my duty to the pack comes first.I got into bed and tried to talk to her about it, but she was too hurt for us to have a peaceful discussion, so I became silent and did not aggravate her more than I had.I woke up in the morning to Casper in my head."Alpha, is it true Amanda is your fated mate?" he asked with a lot of concern, and I wondered how he found out. I doubted Tamia would tell him because she knew if word got out, the pack would side with Amanda against her because of the benefits my union with Amanda would bring."Who told you? Please, no one should know." I pleaded with him, and he was silent."You ripped her dress on the balcony. Everyone discussed that at the party after you left; they are all rejoicing." He said the things I dreaded to hear, and tears streamed down my eyes in right then, because I knew what would ensue.I called Alpha Kyle, a friend of mine who was in the same predicament, and he congratulated me. He advised me to claim Amanda so Tamia wouldn't feel the pain.I thanked him, but I wasn't planning on taking his advice. I planned on ignoring the bond and continuing my life with Tamia until I could gather the strength I needed to reject Amanda.
Comments (17)

Sarah Middleton
This is my main gripe so far. It's not uncommon, yet finding a fated mate is rare....the author apparently didn't realize how much contradiction there is.
Carrie
It interesting we will see how it goes
Jayne
Leo gets rejected not Tamia
Jayne
I don’t feel bad for him at all. I feel bad for her having to be pushed aside. I hope Tamia finds her true mate and keep gets rejected! 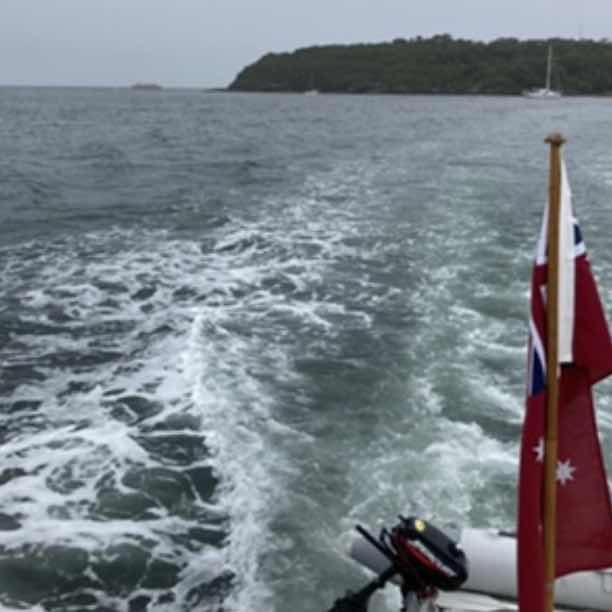 Miss Nessie
I’m enjoying the concept of the story. But I hate how there isn’t a way out. Seems like there have already been to many alphas who have made the same mistake and not bothered waiting which pisses me off… would like to know the reason why… espically if Leo was only young when he found T.

Haruna Husein
nice book to read
Favour
Interesting
Cupcake 2u
I don’t tend to like multiple POVs. I feel like it gives to much of the story away, too quickly. But this is starting out sooo good! I’m reading on!
VIEW ALL COMMENTS