The Life Of Bisi
Author: Chidot

It took only a split second for my whole life to flash before me, my past came to mock me in the cruelest way ever, while my future was miles away unaware of the judgment my kinsmen had passed on me.

Love is love, that is my truth. A truth I was determined to live against all odds, but they castigate me, they hunt me down.

I am their prey, they are my predators.

I was just twelve years old when I knew I was different, all my friends blushed when Sarah passed or greeted them but I was indifferent.

I only had butterflies when David the cutest boy in school said hello to me.

I loved him and wondered why I did.

"Mother." I innocently began, out of curiosity.

"David is so handsome, I like him a lot."

" You must like everyone, Bisi that's what is right."

I watched my mother's beautiful face turn and twist in anger, she suddenly became a monster as her face contorted and she screamed at me.

"Never, say this again, not to anyone especially not to your father."

"Okay, mother," I said in humility.

I watched my mother pound the palm nuts. She would extract the oil and prepare our native food of Banga soup with it. It was my favorite soup and I enjoyed eating it with pounded yam.

As she worked I noticed she was talking to herself, she looked angry and afraid.

That night Father called me into their room. It had a large red couch at the far end of the wall. The big bed took a large portion of the room space and was beautifully arranged with the cotton bedspread.

My mother's dressing table was at the other corner of the room where she spent her time applying makeup and lipsticks that enhanced her beauty.

"Hmmm…" Father began clearing his throat. He did that when he wanted to discuss something important or difficult.

"Your mother here said you, like David, is the person a girl because David is a boy's name." Father looked at me sternly, his glare pleaded that what I meant was the opposite of what I said.

Mother gasped again, she looked as if she was about to cry.

Stop this Vivian, he is just a boy, he is too young to understand what he feels.

"I don't want to hear you say this to anyone ever again, and stay far away from that David boy." My father said dismissing me.

For close to two weeks my parents stopped me from associating with my male friends.

Mother took me to church and the Reverend Father poured Holy water on me to dismiss the evil spirit.

I knew I must have done something abominable and I stopped talking about it.

I took a vow of silence

All my friends had girlfriends and I wanted to feel them, though I didn't feel any sensual emotions towards a woman I had to pretend I did.

I liked Esther. She was a nerd like me, at least we had something in common. That's why I chose her, thankfully she liked me.

We went to the library together and hung out with our friends.

I hadn't made love to anyone before, I was still a virgin. Most nights I would hear my friend Emeka and his girlfriend Chioma screaming their lungs out and I wondered how something that causes them such pain could be termed enjoyable.

"Bisi, it's the best feeling you can ever have, our screams are of pure ecstasy not of pain."

Emeka said when I asked him why they were always loud at night. "Haven't you made love to Esther before?" He asked me in disbelieve

"We are taking our time to get to know each other better." I lied, the truth is that we have never kissed, the feeling to do it wasn't there.

As we talked Esther walked in, I gave Emeka signs to stop talking but he talked and talked. He even asked her why we hadn't made love.

Esther blushed and said I haven't made the move yet. I felt the ground should open and swallow me up.

When Emeka left us alone, I looked at Esther, she was beautiful, her ebony smooth skin glittered, her kinky brown hair tied in a bun.

She rarely used lipstick or makeup, she would say she wants her skin to breathe.

She observed me looking at her and blushed "Are we still going out for lunch, you know it gets crowded once it's past six p.m."

Standing I took my wallet and put it into my jeans pocket. T-shirts and jeans were my staple cloth. I found dressing in suits or traditional agbada tiring.

"Or do you have other plans or activities you wish we can do together." She said.

"Do you have anything in mind," I said, thinking of maybe bowling or sightseeing, then I looked into her eyes and felt fear.

Her eyes spoke of emotions between lovers, desire, and passion.

"But.." I stammered, "I thought you just wanted to focus and study, sex should be after marriage." I preached

I wondered what devil had entered into her, remembering Emeka I felt like strangling him.

I wasn't ready for this, I didn't know where to begin or what to do.

She walked towards me and kissed me. I could feel her warmth and breathe other than that I didn't feel any desire as they showed in films or books.

"Let's go to your room." She held my hand and led the way, I felt like a lamb led to the altar for sacrifice.

"It's no use, maybe next time," Esther said.

I felt ashamed and afraid. My manhood failed me, it wouldn't rise despite the seductive moves from Esther.

"Maybe you are just stressed and since you are still a virgin your mind refuses to focus." She said trying to console me

I readily agreed with her to save my dignity which was at stake.

We quickly dressed up and as we were about to leave she said "we would try again next time."

I didn't want to next time, but I nodded affirmatively. 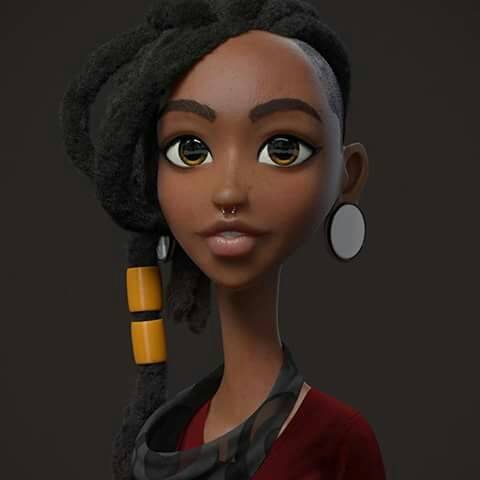 thank you for reading, I promise you it gets more juicier from here on