Dressed in a plain white sleeve, with a cobalt blue coat draped over a smart pair of trousers of the same tone, and an attractive pair of cufflinks holding on to his cuffs was Professor Wole. With the properly knotted polka dot tie on his neck, he looked exquisitely dashing!

It was his 64th birthday. At 64 years of age, Professor Oluwole Ajayimore looked more youthful than his age foretold of him. His years on earth had taken so little a toll on his physical appearance.

I looked at my eyes in the mirror as I adjusted my crooked but ever functioning glasses. I could see the healed scar still placed on it. My face still bore the scars of a past bruise, a very dreadful experience that I would forever hark back to.

I lifted my eyes to my old but treasured collection on my bedroom shelf and gave a smile. I took a picture frame of himself off the shelf stared at it and beaming with smiles and light laughter in between, I held it close to my chest. So close that it threatened to sink into my heart but I wouldn’t have it any other way.

The memories that it enables me to ever keep in mind were so valuable and cherished by me that sinking it into my heart was the least of my worries. So to say, it deserved a place in the organ that pumps my blood.

I smiled once again taking it off my chest and giving it another stare that was sooner followed by a tear, a tear of joy directly above smiles. Those type of smiles that arose from the joy and happiness gotten from an accomplished aim.

As a matter of fact, he had gotten so much pain from his life. The life he had lived in as a juvenile had showed him her ugly sides majorly, but still, he has always been a wrestler with fate, who did not always want him to bear a beam and he had a couple of physical scars to prove that.

I dipped my hand into the pocket of my tuxedo and pulled with it my asthmatic inhaler. I took my inhaler in my hand then without wasting much of a time exposing it, I dragged a long puff.

Oluwole held the picture back to his chest burying it deep into his tuxedo.

So was the mid-morning of the old Professor. Once more, looking at the picture in his slightly wrinkled hands, he led himself in a blur back to his painful past. David blurred himself to the days of his juvenile agonies. To his days of suffering and sorrow. His days of been stripped and rejected by the society he had called his home.

Born in Lagos State, Nigeria, Oluwole David Ajayimore was rather odd at birth. Unlike most children, Oluwole did not cry at birth. He just stared blankly at his apparent environment. It took several attempts by the nursing attendants to get him to shoot out a sob. A sob that after much pressure brought about a diminutive outpour of tears. He had those cute, dreamy set of eyes that made him greatly admired as an infant. He was neither too fat nor too slim, he was perfect. He had a smooth hair texture and was a great beauty to behold. Baby Oluwole could even pass for a baby from a royal lineage as he had the physical makings of a prince. He was wonderfully made.

Oluwole had the resemblance of his mother, although he was never privileged to meet her. He at often times had wondered what she would have looked and been like. How an actual human being charged with the care and love of being his mother would have felt like.

Oluwole was her first child after several years of unfruitful marriage with his father, Tunde. She was born in Delta State, Nigeria and was a devoted Catholic by faith.

She was fair in complexion, tall and had rosy cheeks. Rose also had to herself a very friendly and caring personality. She often had her hair up in curls. She was a Masters’ Degree holder, after studying Nursing in the prestigious University of Ibadan, most commonly referred to as U.I.

Oluwole’s father, Dr. Tunde Ajayimore had married her at the age of 37. They had both met in a Catholic Church convection at Ogun State, Nigeria in the year 1993. After the liturgical mass, a few hours into the program, Tunde had seen a not-so-young lady collapse on the ground.

Rose was an asthmatic patient and had collapsed due to the lack of proper ventilation, resulting from the large population that beheld the hall.

Thankfully, she had not fallen far from the young doctor – Tunde.

“Give her some space, help me get her out of here.” Tunde said carrying her bag in one hand and trying to help her up with the other.

With the help of a young man, he brought her out of the hall and into an open field. He tried various methods of resuscitation on Rose with the inhaler he found in her bag, until she finally woke up. Tunde gave her sometime to refresh her air circulation before opening up to speak to her. He later narrated all what had happened to her as far as he was aware of and Rose had no doubt that it was true because she had been involved in similar experiences in the past.

“Can I have my inhaler back? Please?” Rose asked for her inhaler.

“Sure!” responded Tunde handing over the medically manufactured asthmatic inhaler into her custody.

She quickly opened it up and took a few more puffs making sure to do with it, the gentle inhaling and exhaling exercises she was familiar with.

Seeing the young lady relieved, the small crowd of concerned persons and onlookers that had gathered due to self-concern on the young lady turned and had themselves slowly dispersed back into the hall.

Tunde was putting on a fashionable men’s suit. His hair was fuzzy and he also had a pair of glasses on, which made him look very gentlemanly, more than most cases with his medical wears.

“Thank you so much. I got carried away by the program and lost consciousness of the state of my environment.” Rose said back on her feet now, deeply grateful for his timely assistance.

They both got up onto a side bench and took their seats. With the young doctor breaking the establishing silence, Tunde and Rose begun a conversation.

“I take it that you are an asthmatic so I would give you a little tip. Next time, that is if there would be one, when you plan to attend an occasion such as this, do try to take a few rounds of fresh air in a more aerated environment.” “I am Dr. Tunde by the way.” the not-so-young man said stretching out his hand for a handshake.

Rose was a nurse by profession at the reputed Johnsons hospital, Ughelli, Delta State. Rose was on a short sleeved blouse, a flowery patterned skirt and a colorful and at some areas, nude pair of flats. She also had a silk scarf wrapped around her hair that had now turned into a ring of tangled curls, as a result of the little incident.

Soon, they went into a long conversation, exchanged phone numbers and returned back into the tall with beaming smiles on their faces.

All those moments were all in the past now.

After Rose’ death, Tunde had himself married to another wife. Not exactly because he was in love again or wanted more kids, but because of young Wole. Tunde did not want him to grow up without the motherly love that he himself wasn’t privileged to have as a young child.

Tunde was raised up as a ward in St. Theresa’s Catholic orphanage, Warri, Delta State. He never experienced true motherly affection. Back at the orphanage where he was raised, all the children were treated fairly, although some a bit more fairly than others.

The Bishop of the preceding Catholic Diocese (Warri Diocese) sponsored and ran the operations of the entire orphanage, which included the education, feeding and accommodation of the children.

The name of the founding Bishop was Bishop Benedict O. Ajayimore.

Tunde had to struggle with life and the challenges that it brought his way, even up until he eventually graduated with a First Class Degree in Medicine and Surgery.

At just about 3 years of age, Oluwole also started exhibiting the signs and symptoms of asthma and after a thorough medical examination, he was diagnosed positive. This however did not come as a surprise to Tunde, judging by the fact that his mom, Rose also had the disease.

At 7 years, he was fit to take his medications by himself and had mastered proper use of his inhaler.

This moved him even more into marrying his second wife, Mrs. Katherine Ajayimore, who was an Anglican by faith. A tall and lanky lady with a hypocritical personality in her early thirties. It took a long while of courtship before Tunde finally proposed to her.

After their marriage, she still attended the church of her faith and took Oluwole along with her sometimes - when Tunde wasn’t chanced to take him to his own church.

After Oluwole’s baptism, Tunde bore within himself great dreams for him. Often at times, when they played together, he would imagine the bright future he intended on ensuring Oluwole had. Whether or not those dreams and imaginations would come into actualization, even Tunde himself wondered.

Rosslyn Scott
This is wonderful, A lovely first chapter of Wole looking back throughout his life. Very good job! 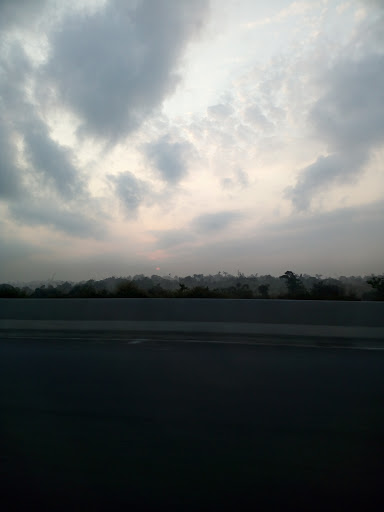 Ruth Olatunde
Wow, this is a great job. Reading your book gives me peace in a way. Keep it up. Don't stop writing good work. Ryoshi
This is great! Splendid introductions!

Hazel Lowell
Love how you introduce your characters!
VIEW ALL COMMENTS