If you can run away, run now, run fast, and don't let the slithering shadows catch you.

In this reality, we see the perspective of our lives based on the cage we are held captive in; the limited space of the ceiling from the floor to the walls. And the idea of freedom tastes like sweet nectar from Eden. But then not because you can dance around freely means you are at liberty, sometimes we were just too blind to see the invisible boundaries set by societies' manipulating hands.

We are all captives of our own monsters. We are all damsels in distress, waiting for a prince charming in shining armor and white horse. We are all wishing for that fairytale ending to come but happy ever after is but a myth, a farce created by the media to fool the naïve.

Soft yellow lights were reflected from a slightly open door. Voices could be heard from the inside; hushed talking of two elderly men. It was a matter of business and like every business, it concerned nothing more but money. Though it wasn’t just the tangible paper but something an ordinary mind couldn’t possibly comprehend.

"She'll be of age; she needs to learn. Her training should be upped, start it soon," one of the two men stated in a phlegmatic voice. A machine kept beeping somewhere in the room.

"I'll work on it, how 'bout the next auction?" The other one said, the younger one with a steadier voice and healthy breathing.

"When it will be? Two weeks from now, eh?" There was labor in his voice.

"Yes, it'll be exactly on her sixteenth birthday."

"Good, make sure she knows the drill." A coughing fit erupted. "Get out, I need to rest."

"Okay, dad." The man started to leave; his footsteps echoed through the walls.

Panicking, the eavesdropper bumped on a nearby table almost dropping a vase on the floor, if only she was a second slower, she would have. Still clutching the glass ornament, she ran to a corner, hiding from the incoming shadow. Her breathing became ragged with fear, sweat formed intricately on her forehead. She prayed not to get caught.

The girl knew well enough of the training they were talking about. She has been dreading it her whole life and she couldn't do anything to stop it. It was a tradition, done by every past woman in her family. Being an only child and a girl made it worse for her. She was concealed away from the world, raised by domineering men, and ruled with idiosyncratic customs. She was but a mere beautiful robin in a golden cage.

The steps grew quiet along the corridors; the girl made the courage to escape in the direction of her room. She marched without turning to her back.

"Child, where have you been? And you are still dressed up in those clothes!" The chambermaid exclaimed to the gasping girl as she opened her door. Being caught off guard, the vase in her hands shuttered to the floor. The maid immediately kneeled, picking up the glass pieces. "What are you up to, my child?"

"Nothing!" she said, raising her hand in the air. "I u-um, just walking a-around, looking for something, yeah. Why in a hurry Alice?" The girl stammered out; she started undressing as her maid swept down the remains of the vase.

"Your governess is already waiting in the study room, better move faster if you don't want to receive another beating, my child." The maid helped the girl dress fixing her hair so it won't get to her face. The governess wanted the girl to look her best all the time.

The maid appraised the girl with a sly smile. "You look good child; remember to be wary of your actions." The maid tapped the girl's nose; an act of her affection. She was like a daughter to the maid and there was pity in her heart for the life given to both of them.

Nodding, the girl went out and headed to the familiar bricked path. The walls were lighted with candles, emitting soft lights. Though she had lived her entire life in the dingy mansion, it still felt surreal. She wanted it all to be a dream, something she could wake up from but as the red wooden door grew big on her sight with the frowning image of her prim and proper teacher, she couldn't help but cringed.

"Where have you been my dear child? You are always making me wait; you know very well that I don't want my time being wasted. Hasten up now," the governess said, escorting the girl inside the room in a hasty manner.

The girl stopped amid, "I'm sorry, Candice." The girl was trained to smile her sweetest to people, so her lips curved up even though her insides were against it. She hated the governess with a passion; the times spent with her instilling cruelty were nightmares. She wanted to bolt away from her but she was restrained by the voices in her head, giving her forewarning of the consequences it would result. There was no option other than to submit.

"No more nonsense, come here." The governess grabbed the girl's arm, pulling the girl in front of the three men sitting on a black leather couch; faces were hidden behind their masks.

Upon seeing them, the girl's heart went rabid. Though, her exterior remained calm and collected. She was dying to flee but her legs stayed unmoving, cemented on the floor. There was a fine wall that separated the turmoil inside her. She was used to it, used to acting like it was nothing.

"Undress, slowly..." The governess whispered to the girl's ear. The girl reached for the strap of her dress, untying the little ribbons, she let it fall on the ground; exposing her red undergarments to the men in front of her. "Dance..." She maintained eye contact as she started unclasping her brassiere, her hips moved in tune to a silent song in her head. Gone the innocent girl, her inhibitions were washed away as her hands moved to the side of her hips, back bent down, head still raised, she uncovered herself for the three sets of eyes to see.

Her luscious young body exposed, the girl started to close her eyes, palming the curve of her body, giving the men a good show. Right. Left. She swayed without a second thought.

That was her life, her upbringing, her very own damnation. 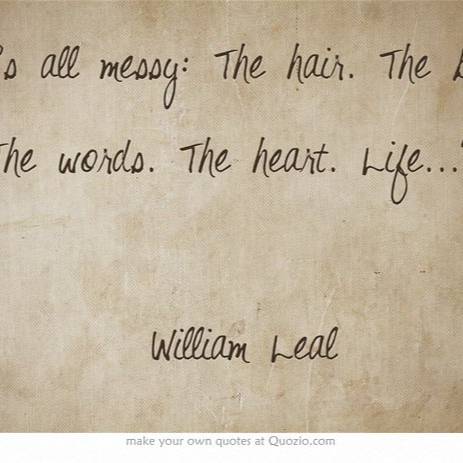