She ran her fingers across the engraved letters on the ash colored tombstone. The coldness of the stone was shocking to her warm fingers.

"He cheated again." She said speaking out as if her mother now laying 6ft underneath the ground would hear her laments.

"I wish you were still here mom." She continued, fresh tears rolled down her cheeks.

The graveyard was windy, the wind blew through the trees, the old tree leaves rustling and the skies were gloomy too. The atmosphere depicted a scenario that told tales of sadness and woes. Maybe this was the right time for such, for the young lady that knelt beside the lone grave under the old oak tree was beyond sad.

"Mom,I am leaving." She stated relieving her self of her squatting position.

She sat on the ground with her legs brought up and her knees bunched up close to her chest, she brought her arms around them hugging herself tightly.

"I don't know but I feel the need to move away from here and start all over again. I feel like a fresh start would help me a great deal. Nothing is working for me anymore. Ever since dad left and you died, every other person keeps leaving. No one stays. I don't have any luck in friendships or dating. It's the same old story all the time, friends betray me, men use me and get tired, I even lost my job. You and dad left me to face this cruel world all by myself. Am I cursed?Is there something wrong with me? Do I deserve all this?" She asked sobbing loudly this time.

The wind still blew and it grew chillier.

"Brian cheated again.This is not the first, or second or third time, I have lost count.This time mom, he wasn't even sorry. I caught him in bed with a different girl as always and you know what? he just had a smudged look on his face and dumped me right in front of her." She spoke angrily, She felt like pulling her hair out.

She paused for a moment staring at the grave as if awaiting an answer, secretly willing her dead mother to communicate with her.

"It would be nice right? living alone just you, your dog, your cuppa and nice books.That will definitely be my life from now on, at least I would be left alone and finally live in peace and loneliness with may be a pinch of tranquility."

She ran her palms over her face in exasperation.

I need a break from all these, She thought.

"Even when I leave, I will still come back to visit mom, you know I will. I love you and I will forever miss you till my death!" She proclaimed in finality.

She dropped the single red rose she was holding and ran her fingers across the engraved letters once more.

I love you, She whispered wiping the lone tear that rolled down her cheek.

Korina walked sluggishly out of the cemetery with her hands buried deep in the pockets of her long black trench coat, she stopped for a moment to adjust her glasses before moving forward.

The wind blew a page of an old newspaper in her direction and she caught it just before it slapped her in the face, out of curiosity she spread  it open and she saw the words printed boldly.It was the headlines.

"STOP THE KILLINGS, BLACK LIVES MATTER." She read the words out.

She folded the page and flung it away in anger.

If only it really mattered, her mother would have been alive. She sighed and continued her journey home.

Korina sat across the desk munching away on the hamburger in her right hand while she tapped away on her phone in the other.

"So nothing, absolutely nothing can change your mind?" The man on the other side of the desk asked with a hint of hope in his voice.

"Nope, nothing." She replied not pulling her gaze from her phone.

"Look korina,I am really sorry that we couldn't solve your mother's murder case and bring the culprits to justice." The man said apologizing.

"It's okay." She dropped her phone and wiped her hands with the napkin on the desk.

She was at the police station, she had come to say her final goodbyes to someone who had served as a guardian to her, it was sad separating from him too but she had to go.

It's for the better, She often reminded herself.

"I am truly, deeply really sorry." Neil Blackwood said, Korina looked at the detective and shook her head."I guess solving the case wasn't meant to happen."

She stood up to leave after prolonged minutes of silence, he rose and followed her with the intent of seeing her off.

"I will miss you, baby k." He said pulling her into a tight fatherly hug as they reached the door, she wrapped her arms around him savoring the moment, It might just be the last, She thought.

"I will miss you so much and hey don't call me that, I am a grown ass woman now." She said bumping his shoulder playfully.

"Still a baby to me." He replied with a little laugh.

Korina got down from the taxi and paid the driver. She walked up the stairs to her apartment thrusted the key into the keyhole and opened the door with two swift turns.

Her apartment looked strange and empty now, even her footsteps echoed.

Everything was literally boxed except for the camp bed she laid on the floor to spend the night on.

After taking a long shower, she brushed her teeth and skipped dinner.She was on the camp bed parting her hair in sections and plaiting it, when her phone beeped indicating new notifications, the screen lit up and she saw two messages.

She left her hair to text back.

She replied quickly and dropped the phone. Minutes later she finished braiding her hair and laid back on the bed, pulling a blanket around her body, she got comfy for bed.

Korina felt nervous considering she was moving to a new place and all, a lot of questions ran through her mind.

It didn't take long before she dozed off.

She had a long day tomorrow and a flight she wouldn't want to miss. 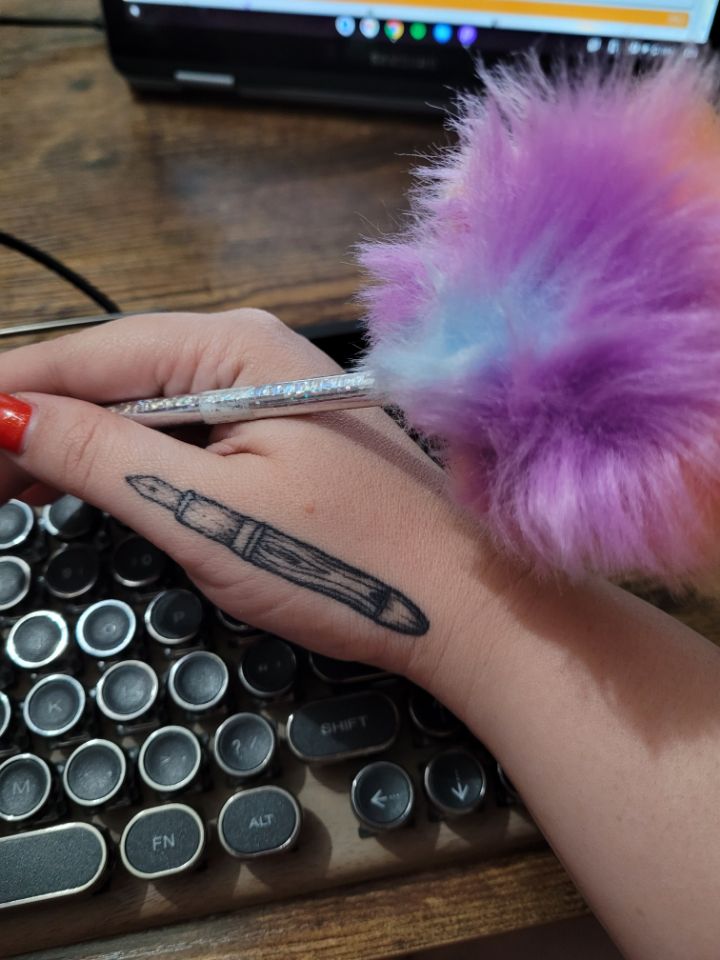 DangerBeanz
holy cow! it's only the beginning and already it is so deep and emotional, I cant wait to see what comes next!
VIEW ALL COMMENTS