Home/ Werewolf/ The Wolf Without a Name/Chapter One: A child of rape
LOGIN
Library
Add to library

Chapter One: A child of rape

"Get up you son of a bitch!" I heard someone shout.

I opened my eyes and saw the small square door above me opening, and heard the creaking noise it always made.

That was what Phyllis, my grandma, called me—my grandma—the person who had placed me in a cell as punishment.

I didn't remember ever going outside. I could only recollect seeing the light peeking through the cracked walls of the cell.

I held on to each side of my discolored, white frilly dress

and slowly walked up to the small door.

"Come, take this food from me," she said to me angrily, while she pushed the plate of food through the door above me.

Ever since I could remember that was the drill.

Tipping on my toes, I reached for it and quickly took it from her, not wanting to cause any trouble. I went to sit on the floor and rested by body against the cold concrete wall on the farthest side of the room, away from her. I placed the plate on my lap.

She watched me from above, noting every move I made.

Terror accompanied me as I slowly ate the bread and stewed chicken without looking up at her.

"It pains me every day to feed you, handicap, knowing you are the product of rape," she said, scornfully. "Why is it you have to be the one to live and my beautiful daughter dead?"

I placed the bread I held in my hands on the white plastic plate beside me, not wanting to eat anymore. Her harsh words had caused me to lose my appetite.

"You better not waste that fucking food I worked hard for," she warned me.

I quickly took up a piece of the chicken and again started to eat, terrified.

I glanced at her. She was still staring at me with great disgust.

"You're born in this world to rob people of their happiness, just like your evil father did to my daughter," she said. She slammed the cell door shut, leaving me to listen to her stomping on the floor as she walked away.

I lowered my head to my chest and started to cry. I deserved to be locked away in a cell. She told me the reason over and over. I was a child born of rape. I was also a murderer. I'd killed my mom while she gave birth to me, and for that I was punished every day.

The next morning while I was lying in bed feeling sorry for myself, I felt cold water pouring down on me. I jumped up from the bare concrete floor and wiped the water from my face. Looking above me, I saw Phyllis—my grandmother—leaning over the opened cell door, a bucket in her hand.

"Do you think I threw you down there so you can sleep all day and eat my food?" she shouted at me.

I stared up at her, not saying a word.

Phyllis was in her fifties. She didn't look her age, though. She looked like someone in their thirties, and she was very fit. She had short gray hair and was short and fat.

I huddled against the wall, scared, as she questioned me, while my long, thick, curly, red hair and my washed-out blue dress dripped with water.

"Answer me when I'm speaking to you!" she shouted down at me.

"No," I answered her, while I shivered.

"Take this!" she shouted at me.

I quickly went toward her and took the plastic plate with fried egg and bread.

"Well, what are you waiting for?" she asked me. "I have lots of dirty clothes that need to be cleaned, and they're not going to clean themselves."

I quickly devoured half of my breakfast and followed her by climbing up the ladder.

I only left the cell to do the laundry.

"Come on, start getting these clothes clean!" she said.

She left me all alone in the laundry room, locking the door on from the outside. She thought I'd run off, but where would I go? I knew no one but her. How I hoped that one day she would allow me to go outside. I was dying to see how it looked and to meet others my age.

I'd tried begging her once on my seventeenth birthday, but it didn't end well. It’d only left me with scars, scars I'd forever remember whenever I touched my back.

I went over to the large baskets filled with dirty clothes and quickly separated the colored clothes from the white clothes. I washed them separately and placed each load in the dryer. As soon as they were dry, I folded them and placed them in the baskets.

I heard footsteps coming toward the laundry room. I quickly completed my job and stood, waiting for the door to open. I knew it was Phyllis checking to see if I had completed my chores.

Soon the door was opened and shut behind her, preventing me from running away, as if I was going to try. Her dark brown eyes examined my work then fastened on mine.

"You can return to the cell," she instructed me. "You'll receive dinner in a minute."

I did as I was told. I entered my cell and watched her as she closed the small square door above me. I hated being there. I wanted to go outside to see the world, but she wouldn't let me. I didn't want to die in that cell. I cried, thinking about that.

My cell had a small bathroom. I undressed and went to take a bath. After bathing, I dressed in a white T-shirt and washed-out blue jeans and returned to my cell.

"Miss Phyllis," I heard a male voice call from outside.

I ran over to the wall, pressing my ear against it, trying to hear their conversation. It was the only thing I could do without her knowing.

"There's a storm coming tonight. Staying here will not be safe. You need to come and stay at the Alpha's third house with the others," he told her.

"I'm happy you're looking out for me, but this house can protect us from the storm," she said.

"Us?" I heard the male outside ask, surprise in his voice.

"I'm sorry," Phyllis said, laughing. I was so used to living with my husband that sometimes I forget that he's no longer with me."

Hearing her say that, my eyes widened.

Didn't anyone know I was there with her?

I wanted to scream to let the male know she was not alone. I would be free of her, I thought.

But what if he did find out she had been keeping me for years in her cell, would he take care of me? I knew nothing about the world or what to expect from anybody. Shouting for help wouldn't work, I was convinced.

"Well, the Alpha is sending out men to the elders, whether they like it or not, and they could be here any minute," he said, before saying his goodbyes.

"Alpha," I said softly. I had no idea who an Alpha was.

I sighed heavily and sat on the ground. I was sad. Being kept in that place was only robbing me of knowing about the outside world. I would never see outside! I detested that thought.

My cell door opened, and I jumped to my feet.

Phyllis climbed down into the cell. She stared at me as if she was lost and confused and didn’t know what to do.

She worriedly ran her hand through her gray hair.

"What am I going to do, now?" she asked, talking to herself.

She turned to me and shouted, "I hate you!"

I pushed myself to the concrete wall, scared.

I was sure that it was not only the storm that was causing her to behave that way.

"No, it won't work. They'll still find out," she said, holding her head.

Was she planning to leave me alone in the house?

She walked toward me and pulled me by my shirt.

"I'm going to take you upstairs, and I want you to act normal when the Alpha or his men come or, I'll kill you," she warned me, and pushed me to the wall, causing me to hit my head against it.

I held the back of my head in pain and nodded.

"This storm is ruining everything!" she complained. "Come," she said, and walked to the ladder.

I followed her up the ladder and into the laundry room. I could feel my heart beating in my chest. I was clueless about what was happening.

Did she take me out of my cell because of the storm, or was she afraid of the Alpha?

She turned the key in the lock and opened the door.

Muhammad Awais
Hello is someone
corald
Short and fat??
corald
Um looks very fit in her thirties while being gray and pudgy? Bella Jersey
I agree with Frederica 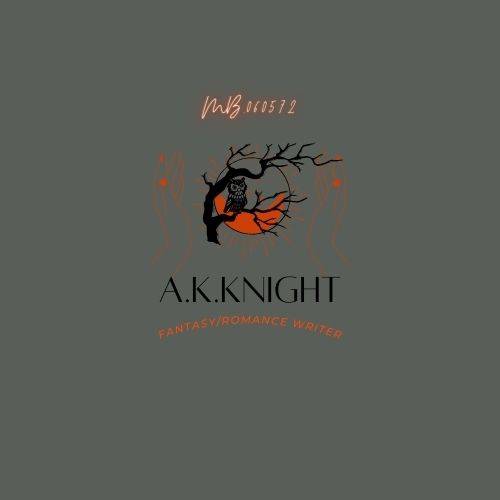 A.K.Knight
? My chapters are not repeated. Please give me more details so I can assist you
Frederica
Too much repeating of chapters. Read one chapters the next is the same!
VIEW ALL COMMENTS