“Where the hell is Aiden?” I frowned, brushing a clump of my flaming locks from my sweaty forehead. Even in a tank-top and shorts, the June heat was taking a toll.

Our town had always been sweltering with heat, but this year the humidity was thicker than usual. The old air conditioner in Stella’s was wheezing with effort to battle the heat. Still, it felt nicer in here than it did outside.

Stella’s Diner is the only place to get a hot meal in town. The building had been ancient when Stella and her husband Andy had bought it ten years ago. They had remodeled the place, but that too aged over the last ten years. The classic diner booth seats had cracks throughout its surface, and most of the table’s in the diner wobbled miserably.

“I’m sure he’ll turn up eventually, Rachel. This town’s too small to go unnoticed.” Adley giggled, her hazel eyes bright as she scooted into the cracked and withered booth.

Adley was much like myself, unfortunate enough to have parents that moved here. When she moved in six months ago, our entire town practically threw a parade in her honor. While we get many visitors passing through, we rarely have someone new moving in. It was nice having someone different and exciting to talk to, but the novelty wore off as the bleakness of this town returned.

The Silver Moon pack was probably the smallest pack known to man, a slow growing population of one hundred and twenty-two, including the Alpha and his family. My parents moved here seventeen years ago, when my Mom was pregnant with me. Dad had been raised here, but Mom fell in love with this stagnant little town and its rich history. A couple years after moving here, they had my little brother. He was too young to see this town for what it was--suffocating.

The high-pitched chime of my cellphone went off, drowned out by the chatter in the diner.

“See, that’s probably him.” Adley chuckled, giving me a humorous smirk as she scanned the menu with her eyes.

I fished my phone out of my pocket and scoffed at her. I had been meeting Aiden at Stella’s diner for the last five years, every Tuesday and Thursday without fail. Shortly after Adley moved here, she joined us each time we went. While I had memorized the menu years ago, Adley insisted on reading it through each time, as if it would ever change.

“Where are you?” I grimaced; my crappy phone pressed against my ear. With only a diner and a grocery mart, we were in short supply of cellphone stores ”

“Sorry Ray.” Aidan sighed, his tone one of many I had heard throughout the years. His voice was rough and throaty, different from how it had been five years ago. “Mom’s making me watch the twins. I’ll try and catch up with you Thursday!”

“Alright, but you owe me! I’ll never let you live it down if you miss my birthday.” I growled as I had many times before, but he could tell my heart wasn’t in it. “Tell Darcy and May I say hi!”

“Will do.” Aidan chuckled, his infectious laugh twisting my stomach, “I’ll pay next time, and you can get whatever you want.”

“Whatever I want?” My eyebrow lifted; my attention successfully gained. Nearly everyone in this town were werewolves, which meant we all ate an abundance of food. While Aidan could still eat me under the table, I managed to keep up at times. That made for a hefty bill at Stella’s, and she’d never let you live it down if you didn’t leave a decent tip.

“All the burgers and milkshakes you can handle.” Aidan chuckled, “Anything for my Ray.”

Again, my stomach twisted at the nickname he had given me when we were six. He had called me ‘his Ray’ more times than I could count, but recently they struck something new within me.

Aidan Wallen had been my best friend since I was born, always looking out for me and my mischievous ways. Aidan ran a mechanic shop with his Dad and Grandpa on the other side of town. Aidan was always covered in a thin layer of grease, his hands rough and calloused from working all day. There was something comforting about his husky scent laced with the smell of car grease.

For most of my life, I saw Aiden as an older brother. It was six months ago that I finally realized something more was going on behind the scenes. When Adley had moved to town, all of the guys were obsessed with her. This beautiful, naturally blonde goddess from far away had come to live in their quaint little town. Her long legs and slim waist were under scrutiny for months, until the men in town realized Adley wasn’t interested. A month into our friendship, she had told me she preferred the company of women opposed to men. Aidan had never looked at Adley that way, but would often give me smoldering looks when he thought I wouldn’t notice.

Aidan had turned eighteen two months ago, a mile marker for werewolves. We’re able to find our mates once we turn eighteen, but there’s a catch. Both mates have to be eighteen in order to feel the mate bond, leaving underage couples nervous and conflicted.

I couldn’t deny that Aidan and I wouldn’t fit nicely. While I was snarky and somewhat stubborn, Aiden was sarcastic and patient. I’d get the two of us into trouble, and he’d find a way to get us out. Being with Aidan was easy, effortless and enjoyable. Yet, Aidan hadn’t made any kind of move towards my heart. Some of the things he said had my stomach swarming with butterflies, but he had never gone any further than sweet words and soft touches. Having Aidan as my mate just seemed to make sense. He had always been there, and I couldn’t imagine him anywhere else. I could only hope that if we were mates, Aidan would leave this little town by my side. With my own birthday coming this Thursday, I wondered if the mate-bond would finally click into place.

“Looks like it’s just the two of us.” I shook my head, giving Adley a pointed look.

Aidan had two little sisters, hyperactive twins with a penchant for trouble. It was amusing watching Adian’s huge form chase after them, giggles erupting from the two curly headed girls.

“Those twins are going to drive him nuts.” Adley snickered, setting the menu down and picking at the peeling laminate. “The only thing saving them is their cuteness.”

“Maybe that’s why he’s kept me around all these years.” I chuckled, shooting Adley a smirk.

Stella sauntered over to our booth, her sandy-blonde hair falling from the messy bun it was placed in. Stella had a rounder build, wide hips with a slim waist. Her mossy eyes held lines around the edges, but made her look friendly and approachable. A cheap pen sat behind her ear and a notebook in her apron, even though it’s been ten years since she’s needed to write down an order.

“What can I get you girls?” Stella grinned at the two of us. She felt the need to ask me every time, even though I always got the same thing. Adley on the other hand liked to switch it up. Every time we came, she would get something different, insisting I needed to broaden my horizons.

‘If only she knew.’ I thought to myself. ‘I want to broaden my horizons by getting the hell out of this little town.’

“Mmm, got anything new?” Adley grinned, beaming up at Stella. Stella and Andy had been second parents to me since they moved to this little town, and Stella had taken an instant liking to Adley.

“I just whipped up some blueberry-cherry cobbler. Tryin’ out a new recipe.” Stella smiled proudly. Stella loved baking, and would come up with some new concoction every day. ‘Dessert of the day’, she called it and Adley loved it every time.

“Yes! I’ll take some! I’ll also take the Cowboy burger and some chili cheese fries. Oh, and a large strawberry milkshake.” Adley grinned, her tongue running over her lips as though she could already taste it.

“Give me my usual.” I chuckled at the hungry look in Adley’s eyes, flashing a grin at Stella.

“Y’know, I think Adley’s right hon. You got to try somethin’ new.” Stella shook her head, a motherly smile forming on her face.

“Andy makes a mean bacon grilled cheese.” I shrugged, thinking over my usual order. “Blame it on him!”

“How ’bout this, I’ll put your grilled cheese in but you let me pick a side for ya.” Stella flashed me a wide grin, one I couldn’t resist.

“Alright, fine.” I huffed, my lips twitching into an amused smile. “But if I’m not paying for it if I don’t like it.”

“Give me a nice tip and you got yourself a deal, little lady.” Stella chuckled, a hand on her hip as she turned from the two of us. “I’ll get your food out in just a few!”

“One of these days, instead of leaving money I’m going to leave her a note. Something like ‘carry an umbrella when it’s raining’.” Adley erupted into giggles, and I couldn’t help but crack a smile. “Get it? It’s a tip.”

“I get it.” I snorted, amazed at how cheerful Adley always seemed. “Stella will hunt you down with her trusty spatula if you go doing that. This town’s too small to hide in, she’d find you eventually.”

“That’s one enemy I do not want to make.” Adley shook her head solemnly, but her smile remained.

“You and me both.” I chuckled. 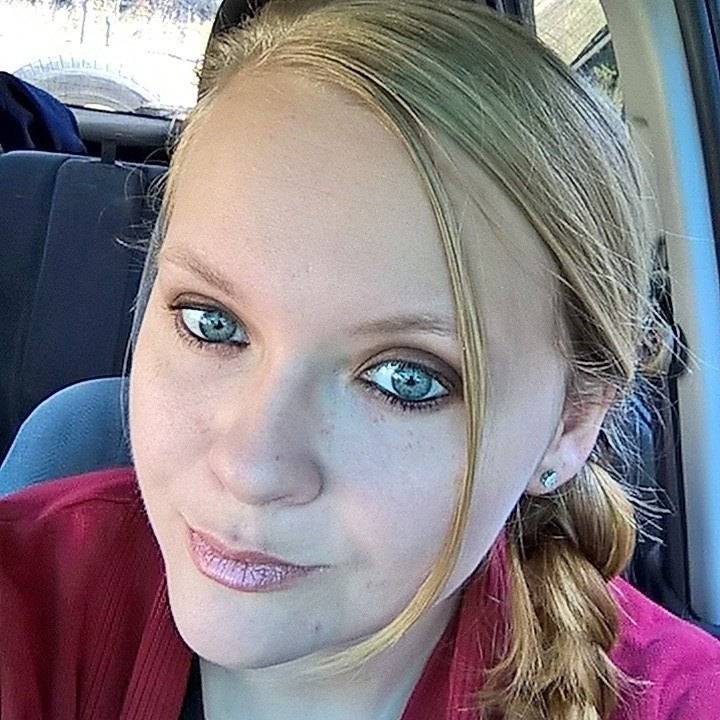 Shana Allen
This is one of my favorite stories of all time.
Charita McCullough
Well I’m not starting this one until she finishes Asher! The way she left Asher is disgraceful and if’s she can’t finish it properly I will not read any more of her books! Jleo
OK, so this book is a slow burn type of novel and is SOOOO WORTH THE READ. I thought it was so boring at first and the main character did nothing but whine but the way she set up the characters and the book was genius! So my advise is stay with it!!! 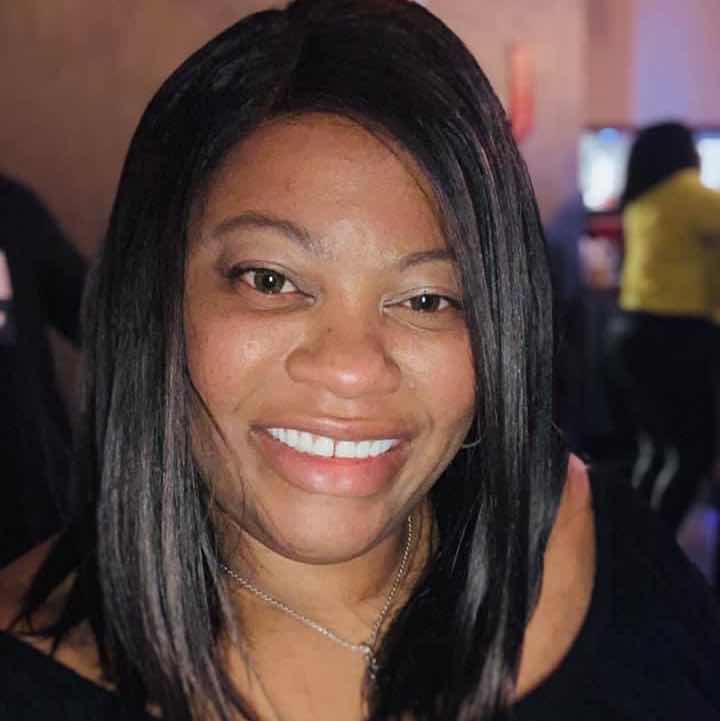