“Such a disoriented fool.” Emma rolled her eyes at Kaycee who left the kitchen with a plate of joy in hand.

“You know he is our boss, right.” Thelma reminded her, she wasn’t defending him or being sarcastic. Thelma just needed to remind Emma that he is still above them on the job even if they behaved like friends.

“Yeah I know. And he knows better than to fire me, I mean where would the hotel be if not for my great culinary skills and good brains.” Emma praised herself.

“You work only for the hotel restaurant, remember.” Thelma reminded her with a smile on her lips.

“Yes I know, but I rule this place.”  Emma wiggled her brows at Thelma, they both talked and worked while clearing pans and leftover ingredients from the stove and the countertop. When they were done Emma served the food in a server for the waiters and waitresses to pick up to their respective customers.

“Thank goodness we are leaving early.” Emma exclaimed to Thelma.

“Early?” Thelma paused from what she was doing and looked at her co-worker.

“You don’t know?” Emma looked at her in disbelief and Thelma shook her head. “Check your watch.” Thelma brushed off the sleeve of her chef garment checking the time 1:35 am. That’s pretty early, she frowned.

“There would be no bus until four.” Thelma sighed feeling confused and worried.

“Aww poor you, now how are you going to get home?” Emma’s concern for the young widow filled her heart. It is quite dangerous for a woman to be walking by herself at this time of the night, especially a woman as beautiful as Thelma Valentine.

“I don’t know how I am going to do it but I can’t stay, I promised Ella I will be back early. I am sure she is still up,  waiting for me..” Thelma’s heart warmed at the thought of her little star staying up just to see her.

“But it’s not safe.” Emma tried to reason, her worried face met with Thelma’s anxious one. She has always been so supportive towards her and her daughter since she got the job but Thelma will have to make certain decisions in her life,

“It’s okay I can make it safely and in case there is trouble I got a mace for defense.” She tapped her bag and her brown leather coat making Emma laugh.

“Yeah, thanks so much Emma you’ve always been there for me.” Thelma gave her a smile then put on her leather coat and strapped her bag tightly on her shoulder.

“It’s nothing Elle. I guess this is it, see you in the evening.” Emma gave Thelma a warm hug before she left.

“Yeah, bye Emma.” Thelma said going out of the building through the back door in the kitchen.

“Bye! But remember not to be late again!” Emma yelled to Thelma.

“I won’t!” Thelma yelled back. Wrapping her white blonde hair with a black scarf she stepped out of the building. The cold air instantly hit her face making her shiver, she rolled the collar of her coat up her neck to shield them from the harsh night breeze. The night was silent as a grave with no life around, the poor lamps did not do a good job lighting the streets and some of the street lamps flicked which got Thelma breathing hard. Thelma's heart was beating in anticipation and fear of the unknown but she held it in.

Thelma let out a strangled shriek turning around frantically, some feet away from her a small malnourished black cat came out of a dumpster kicking cans on its way. Thelma sighed in relief and scolds herself for thinking too much.

“it’s just a cat Thelma just a cat stop being paranoid.” She kept telling herself and continued walking this time she kept her pace fast as dread filled her with every step. Successfully she made it past three streets. “two more streets and I am home.” She gave herself some joy by thinking about good things and how happy Ella would be when she sees her in other to take away the anxiety and fear in her.

She came to a sudden halt and listened carefully. Something made her stop and sped up adrenaline in her veins. Loud tires screeched from somewhere and it swerved where she stood causing her to trip on her foot and fall on the pavement.

Thelma could not believe it, her heart fell to the ground as she thought she was going to die right there. That was close if anyone was watching. “Hey moron! Are you insane!” Thelma yelled at the car that just passed her. As if the driver heard her yell it stopped and suddenly reversed with speed. Thelma quickly to scramble away to avoid been hit.

“Are you mad!” She yelled again terribly vexed by the reckless driver. Thelma stood up from the cold ground and made angry strides to the car.

“Are you alright?” He asked like he didn’t just do what he did.

“Do I look okay?” Thelma fumed in rage at his careless actions.

“You do to me.” He said nonchalantly and shrugged.

“Is that how to drive you moron. What sort of asshole drives like that!” Thelma was getting more furious with this handsome stranger yet he looks unaffected by her outburst. Thelma didn’t care if she was making loud noises but someone needs to talk sense into this man.

“Watch your mouth woman.” He snarled at her. She could see the anger on his face which said ‘I am not joking here’ but neither was she.

“Watch the way you drive!. You nearly killed me!” Thelma exclaimed expecting he would be concerned and apologize.

“Yeah nearly. At least you didn’t die.” He replied bluntly. Thelma couldn’t believe her ears, was he serious? Assume that she didn’t look on time, she would have been dead in slip seconds and her little girl will have to grow up without parents doesn’t he care? Thelma’s heart tightened from the thought of Ella being left in this cruel world alone.

“Whatever asshole it’s useless talking to you.” She ended her rage and picked up her things from the floor then continued her journey home. Thelma uttered foul words she never thought she would use as she went home.

“Useless to me woman, next time you better watch out or you might get run over, this time for real.” Thelma opened her mouth to talk but he already sped off into the night.

Thelma climbed the stairs of her home and unlocked the door, it was dark inside but she could hear angel friends theme song playing from upstairs ‘Ella is still up’ Thelma hanged her coat and locked the door behind her.

The song stopped followed by footsteps running from above, Ella emerged from the stairs and froze her eyes wide, mouth hanging, with a half-eaten Nutella sandwich in one hand. “You’re back early!” She whispered but it was loud for Thelma to hear. It sounded more like an exclamation than a question.

“Yes, isn’t it that what you wanted?” Thelma asked her daughter, not expecting that kind of reaction from her.

“Yeah. But you still work at the Sweet dreams hotel right?” Thelma gave her daughter a puzzled look.

“Yes, gosh Ella did you do something to your head.” Thelma joked.

“No, I thought-” Ella paused and passed her mother a toothy grin. “It’s good to have you back.” she said and stepped down and hugged Thelma, Thelma hugged her back, for a moment they stayed like until something snapped in Thelma.

“What were you doing upstairs and why is there a Nutella sandwich in your hand.” Ella unhooked herself from her mother, her eyes searching everywhere but her.

“I know what it is and I can smell it.” Thelma replied.

“Fine, I didn’t want to sleep until I saw you and the Nutella keeps me awake.” Ella tried again and took a nervous bite from it. Thelma knew she was lying but overlooked it.

“Hand it over.” Thelma demanded. Ella frowned but reluctantly dropped the sandwich on her mother’s opened hand. “Good girl. I have a treat and if you lose you won’t get it.” Ella looked up to her mother her ears perked at the sound of a treat.

“What is it!” She asked eagerly.

“The last person to reach your room is a loser.” Thelma raced but gave Ella a chance to win.

“You lose mom no treat for you.” Ella rejoiced.

“I know that’s why I ate your sandwich.” Thelma gave her daughter an evil smile.

“That’s not fair” Ella whined slumping on the bed.

“Yes it is. Come on star let’s get you to bed, school starts in some hours.” Ella groaned but listened to her mother.

“Goodnight mom.” She said with a pout on her lips.

“Goodnight star sleep tight.” Thelma kissed her head and went straight to her own room.

Thelma couldn’t get the handsome stranger off her mind and found it difficult to sleep. “Maybe I should have kicked his expensive car. Or maybe slap that arrogant look off his face.” She fought through the hours of sleepless thoughts and finally found sleep. 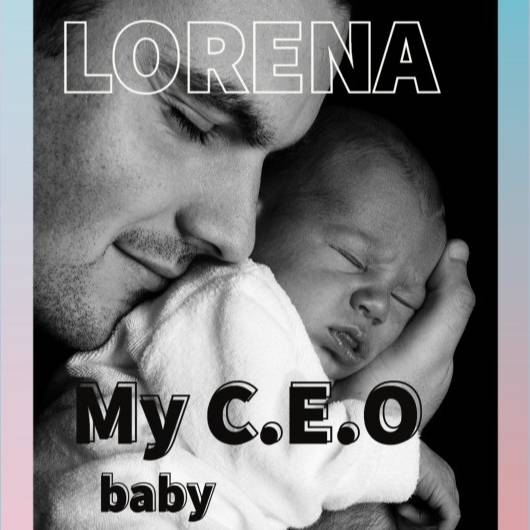 Hi guys, please don't forget to vote and comment on my book. update will be slow but I promise it won't take took long

Tammy Lynn
will there be more updates?
VIEW ALL COMMENTS