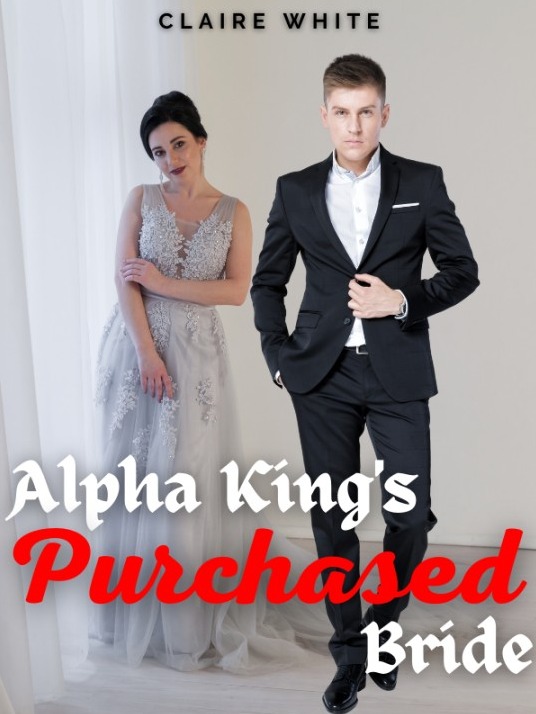 Finding a mate is a blessing that one gets when the Moon Goddess blesses them with a soulmate. People say finding a mate has become a myth now because there are only a handful of people who find their mate. Hence, a new custom was made where Alpha males purchased a bride for themselves and that includes the King, however, a King could only purchase an Alpha female as his bride. Violet is the daughter of the Alpha of the Dark Moon Pack, being a part of one the strongest pack's she has always trained to be a warrior to protect her pack. She lost her mother at the age of 5 and her fierce attitude does nothing to ease the worry of her father and brother. She is a life a free bird who doesn't want to get trapped by anyone, she wanted to live her life peacefully and find her true mate. She is beautiful, smart, kind, loving and caring, everything one could want in a mate. Vincent is a strong Alpha King who rules his people in peace, he had taken over the responsibilities of a King at the age of 13 when his father died. He was tall, dark, and handsome, his aura carries an air of strength that would make anyone but bow to him. He is a fantasy every girl wants but can never get their hands on. He needs to find himself a bride and as per the custom he has to purchase his bride, an Alpha female because he is already 21 and hasn't found his mate. What would happen when these two opposite souls are brought together? Will she be able to fight against the custom that has been going on since so long? Follow their journey to find out.