There are ten men in a round table. In just one look, you can see that they are having a meeting to discuss the most important thing. They are busy scanning the papers in their hands when someone's heels interupted them. Their eyes flew at the door. There is the woman standing beautifully with devilish look. She has long curly hair. Round eyes that really fit her. A pointed nose, thin lips and she has a smooth skin. She's just wearing a plain blue dress and a make-up on her face.

Men took off their eyes at her. Pretending to be busy with the papers, but they can't help but to keep on glancing at her from time to time.

Narinig nila ang takong ng sapatos na papunta sa harap nila. The room is very simple and you can see pure white and there are only a few things there. She stopped in the middle with a wide screen TV next to her. She cannot take off her gaze to the men that is pretending to be busy. She smirked that made them straightened their backs. She cleared her throat and returned the serious scary face.

"Good morning. So, you are all here to be one of our newbies in our Peur organization. But before that, we will sacrificed one human and to test all of your powers as a scientist," she announced infront with a serious face. Bumaling siya sa wide screen TV na katabi niya at tumambad sa kanila ang imahe ng laboratoryo na nasa kabilang gusali. Binalik niya ang kaniyang tingin sa mga lalaking nakitaan niya ng kuryosidad.

'Ah. What an innocent look. Didn't know anything eh?' She talked to herself while grinning ear to ear mentally.

"Ah, Miss?" Someone raised a hand. She immediately turned her head there and raised her eyebrow to that person. The man who lifted up his hand swallowed his saliva and prevented himself being nervous.

"Yes Mister, any questions?" She talked back using her intimidating voice and look.

"U-uhm. What's your name?" She instantly rolled her eyes because of the question. But she needs to act naturally. If she's not given with a mission from her grandfather, she wouldn't do this damn thing.

She cleared her throat before gaining her posture and answered the guy immediately. "I'm Nathalie Cleigh, 18 years old and the next queen of Peur Organization. I'm in front of you to substitute my grandfather who's currently busy doing his business. We are recruiting scientists because we need more men to improve our organization. You have that papers in front of you and those are the pros and cons and it's necessary to read everything what's written in the paper," she stated. "It will take days for you to read it and you should take your time and understand it thoroughly. I will let you see what's inside the laboratory using this wide screen TV."

"This is the main building for those important humans that will be part of the experiment. There are 22 laboratories in it but they are empty, except with one room." Mas lumamig ang boses niya nang magsalita kaya nagtaasan ang mga balahibo ng mga kalalakihan. Curiosity ate them and question filled their minds- What's with that room?

Nathalie Cleigh pressed the remote. Images exposed and all the scientist gasps in horror.

"She is the most important human that we caught. Your test is to examine her body and experiment it successfully. Once you fail, this whole city will be doom. Once you fail, she will be a monster and all of you will be dead."

They felt scared but the feeling overcame them, so that, they could step on the main building and start their dream as a scientist.

"If she's important human testing, so, you are willing to take risk and let us experiment her? I know you have a lot of expert scientists and you let the novices did it. Just enlighten me, Miss," the other men immediately agreed because of that question.

"She won't die if you fail but you still need to be careful. If the experiment fails, she will be a monster. In that case, we have no choice, but we will tame the monster. And all the scientists that caused the failure will be dead for sure," the guy nodded sign that he's satisfied with her response. Well, on the scientist's side, failure and death are not new to them. They are not also afraid to face death. But when they do the work, they will do everything just to gain attention and power including money.

"So back to the girl. Her name is-

Her words were cut by the beeps coming from the television. And it seems that it also came from the laboratory. Agad nataranta si Nathalie at mayroong tinawagan. Naiwang nagtataka ang mga scientist pero naisip nila na may nangyayari sa laboratoryo at sa importanteng babae na nasa loob nito.

"What happened!?" Dinig nilang salita ng natarantang babae. She had a deep sighed and ended the call after the scientist in the other line informing her what is happening. Nathalie turned her gaze to the ten scientists who was gathered in the room. "You can go home now. We will call you when you will start. I still need to go back to the main building. Meeting dismissed," nauna nang naglakad si Nathalie palabas ng meeting room at agad na pumaroon sa main building.

Magdalawang oras na natapos ang pagpupulong. Ottawa Tomb is the center that is located in Ottawa City. In the whole world and place, Ottawa City is the most dangerous place and full of untold secrets. Greenhills is a part where the Ottawa River is located. Ottawa River is full of dead people and animals and there is one building where they do the meetings. They separate it to the main building and the reason still remained untold. Peur Organization is the strongest organization and no one dares to defeat it. People really fear it but scientists are willing to take risks and be part of them. They also want to be as powerful as Nathalie's grandfather is. But they all know that no one can change the fact that Nathalie's grandfather is the most fearful and strongest in Ottawa City and the whole world.

Nathalie immediately got out of the car in a hurry. She ignored the scientists who were also busy with what they were doing. She immediately went to the elevator and pressed the fourth floor where the girl was still lying unconscious. Nathalie is also an expert and well-trained scientist. Since young, her grandfather used to train her even if she doesn't want to be part of it, but she does not have the guts to cut the connection she has in her family.

When she reached the fourth floor, she immediately went to the room where the woman was. In fact, she felt sorry for the woman who was lying down but she could do nothing but be submissive to her Grandfather.

When she entered the room, she found two scientists busy checking the girl's body.

"Give me another needle," she coldly commanded to the two scientists who were just watching her. They gave it to her immediately and she didn't think twice and suddenly inject the girl in the wrist so, the woman's trembling disappeared and her heartbeat returned to normal.

Nathalie took a deep breath and sat down next to the woman. She stared the girl intently and she's having her deep thoughts again. She sighed and let go all the worries that she had right now.

'I hope you would do the right thing someday. Sorry if I am part of this cruelty but believe me, I will help you at all costs. See you soon.' 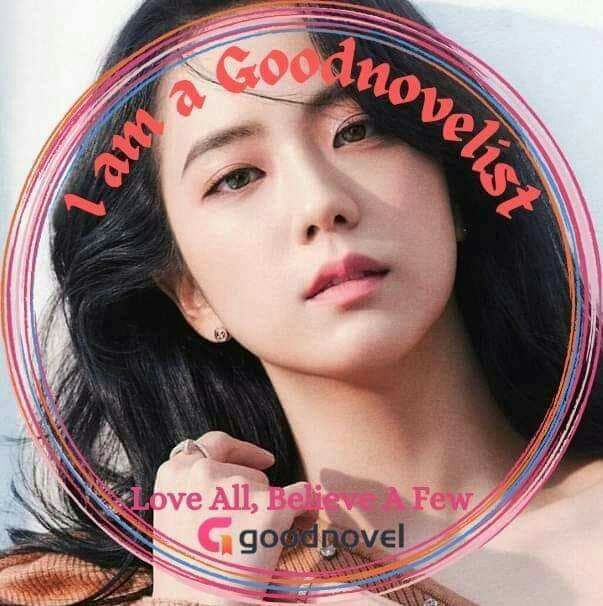