Home/Not All That Glitters/Prologue/Chapter One:
LOGIN
Library
Add to library

It was storming heavily by the time Hollis raced out of Whitney’s house, which just added to the already miserable day she was having. Hearing Whitney cry out her name made everything worse, and she struggled to block it out as she slid into her car and started the ignition. Rain drops pounded on her windshield like threatening pellets and she locked her doors just before her dark-haired lover appeared, trying to open the passenger side in frustration.

“DON’T DO THIS!” Whitney screamed desperately, ready to throw herself on top of Hollis’ Corolla. The other girl wasn’t listening, and started backing out of her driveway quickly.

“I’m sorry. I just- I need to leave.” Hollis shakily pushed her sopping wet blonde hair aside and sped away. She tried not to notice Whitney running beside her vehicle, but it was impossible with all the pleading and banging on the windowpane. Picking up speed, the girl she’d fallen so head over heels in love with was easily left behind.

A despairing voice called out after her.

That’s the problem, I can’t need you. Hollis thought to herself as she cursed out loud, pulling over to the side of the road after she’d driven far enough away from Whitney. Her fists collided with the steering wheel as she sobbed unapologetically. Thunderous lightening crashed in the dark sky, drowning out her screams of anguish.

Sunlight crept in through the off white venetian blinds, directly hitting Hollis Bogard‘s now squinting clear grey eyes. Running a hand through her shoulder length blonde hair, she glanced at the sleeping ebony girl beside her and groaned softly. Panicked thoughts rushed forward.

Shit. I should’ve left hours ago. How many tablets did I take?

Hollis accessed the bedroom sleepily. This wasn’t her bed, and that was a problem. She’d been invited to a huge blow out party last night, and broke all the rules sleeping with the hostess. Girls were supposed to come home with her, not the other way around. To be fair, she usually wasn’t partial to ecstasy but it’d been a rough week at Ringo’s Pub where she worked full time as a bartender, so in her mind she deserved the trip.

Fuck, I need to get out of here.

Careful not to wake the stunning caramel colored woman, Hollis slipped out of the plush queen sized bed swiftly and quietly. Thankfully, her black timberland boots were easy to find. Right along with the rest of her clothing, just outside the conjoining bathroom. Keeping one eye on the stirring mass still tangled up in her black and red stripped comforter, Hollis finished dressing and exited the room silently.

She hadn’t even made it across the street to her car before she heard a familiar voice shout from above.

“Wait- don’t you want my number?” Half dressed Asia Primrose leaned out of her second story window and called into the chilly morning air. Her cunt still tingled with memories of last night as she watched the statuesque blonde unlock her blue 2016 Toyota Corolla and slip inside of it hastily. Hollis poked her head out of the window sympathetically.

She hated this part, but there was no way around it.

“I don’t think so, sweetheart. Thanks for last night, great party.” The sound of her engine revving almost drowned out Asia’s string of colorful cursing, and Hollis cracked a smile in spite of herself. She couldn’t help it. Giggling and laughing at the most inappropriate times had always been a nervous tick of hers. For as long as she could remember. Even when her parents were screaming at each other, she’d hide out in her room giggling like mad.

She wasn’t the first, and definitely wouldn’t be the last. Girls made for a nice distraction, but weren’t meant for much else in Hollis’ world. That’s the way it was, and she didn’t see why it had to change. Fucking without any strings attached was the ultimate life hack- all of the pleasure, none of the bullshit.

Hollis drove fifteen minutes through Auburn with only Britney Spears to keep her company. She loved early morning drives, and Miss Spears too if someone was twisting her arm for a confession. The vast amount of pine trees accompanied by a crisp breeze made her feel unusually lucky to reside in Maine. Of course, it’s easy to take things for granted when you’ve always had them. In Hollis’ case, it was living in her hometown. Drumming her long fingers to the beat of “Me Against The Music” on her steering wheel, she pulled into the spacious three bedroom house she shared with her older brother, Dalton. At 8:15 A.M, he was probably rushing around getting ready for work. With their opposite choice in occupations, Hollis usually had the place to herself during the day, leaving Dalton to his own devices in the evening.

It worked out much better that way.

“Do we still have donuts? I’m fucking starving!” Rubbing her growling stomach, Hollis bulldozed through the front door and made a bee line for the kitchen to check out breakfast options. An alert Dalton looked up from his bowl of honey nut Cheerios and scoffed with a full mouth.

“You know you’re the only one who eats that crap, Holl. Wherever you left ‘em, they’re still there.” At thirty years of age, Dalton Bogard was every bit the responsible adult their parents raised him to be. Not only a top car dealership salesman, he also made time to grow his own produce and sell it to members at the gym he frequented as a way to make extra income. In contrast to Hollis’ light eyes and blonde features, Dalton inherited their father’s striking brick reddish brown eyes and a full head of thick black hair. If it weren’t for his job, he’d probably have let it grow out since it came in so fast even after a fresh haircut. Hollis often referred to him as a young Jude Law, and the flattering compliment wasn’t too far off.

“Bingo!” Hollis fished a hand into her sacred box of chocolate covered donuts and came out with the last one. Dalton watched as she took a huge bite and shook his head before drinking the remaining almond milk from his cereal and rinsing the bowl in their black double basin drop-in kitchen sink.

He’d learned years ago not to meddle in his sister’s life, which included harping about whatever garbage that girl put into her body. The unfair aspect was knowing how hard he and others had to work everyday to achieve their ideal physiques, while apathetic Hollis remained slightly toned where it mattered and thin everywhere else with little to no effort whatsoever. Even with their differences in appearance, anyone from a mile away could tell they were related. Blessed with an even mixture of Dutch and Swedish ancestry, both siblings towered over most of their friends, with Hollis standing at 5’11 and Dalton being 6’2. They shared similar facial expressions, and even laughed alike.

“Weren’t you just leaving?” Hollis dusted the crumbs from her hands and slapped Dalton’s back playfully. Since walking through the door, she could just tell the wheels in her older brother’s head were turning. Wondering where she’d been. As close as they were, she preferred to keep what she did with her personal life from family. They wouldn’t get it. She was different from them, and not just because she liked women while her brother and parents were straighter than an arrow.

“Yep! Which also reminds me, you’re on your own for dinner tonight. I’m picking Nina up after work to catch a movie. You know me, I’ll just grab a salad on the way.” Dalton straightened his abstract Banana Republic tie and swiftly made his way out the door without waiting for Hollis’ response. The blonde watched him leave with little interest as she rubbed the back of her sore neck wearily. That molly was cut with something, and it was fucking Hollis up bad. For some reason, being in the comfort of her own home was making it worse. The adrenaline from waking with a jolt earlier was wearing off and now all she wanted to do was pass out.

Alone with her thoughts, Hollis finished washing the remaining dishes and bounded upstairs for a mid morning nap- letting out a silent yawn along the way.

What can I get myself into later?

Maybe something would come to her after she’d caught a few Z’s. With it being the tail end of the first weekend she’d had in almost a month, she was determined to make it memorable. 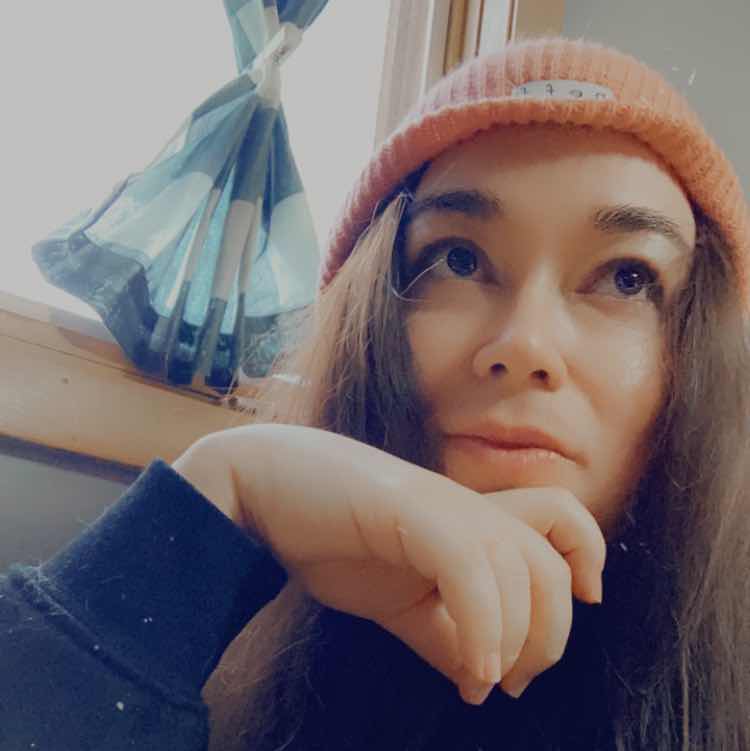 sophiawrites
I can’t wait until you finish!